The site of Christ’s ascension to heaven forty days after his resurrection is marked by a chapel on the Mount of Olives in Jerusalem.  The chapel is part of a complex that includes a courtyard, mosque, burial crypt and the chapel itself. The chapel holds the Ascension Rock, a stone slab imprinted with a footprint made by Jesus as he stepped up to heaven.

History of the Chapel of Ascension

Up until the 4th century pilgrims honored a cave on the Mount of Olives as the site of ascension. Since then the present site, uphill from the ascension cave has been venerated as the site of ascension. A church was built on this site in about 390 with an open rotunda and circular porticoes. Later it was destroyed by the Persians in 614 only to be rebuilt soon after. As early as the 7th century pilgrims described the footprint of Christ kept in the chapel. The Crusaders rebuilt the church in 1150 giving it fortified walls and an octagonal roof. When Jerusalem fell to the Muslims in the late 12th century the church was converted into a mosque and given a dome and prayer niche (mihrab). The Muslims destroyed much of the Crusader structure but part of the outer octagonal walls and the inner octagonal shrine still stand. As a good will gesture to the many Christian pilgrims the Muslims built a mosque alongside the chapel in 1620 and allowed the Christians to continue visiting the chapel.

The Chapel of Ascension

The Crusader-era chapel has octagonal exterior walls topped by 12th century capitals featuring carved decoration. Within the chapel you can see the mihrab on the south wall and the Ascension Rock bearing Christ’s right footprint. A slab of stone with the left footprint was removed and taken to the Al-Aqsa Mosque on Temple Mount. 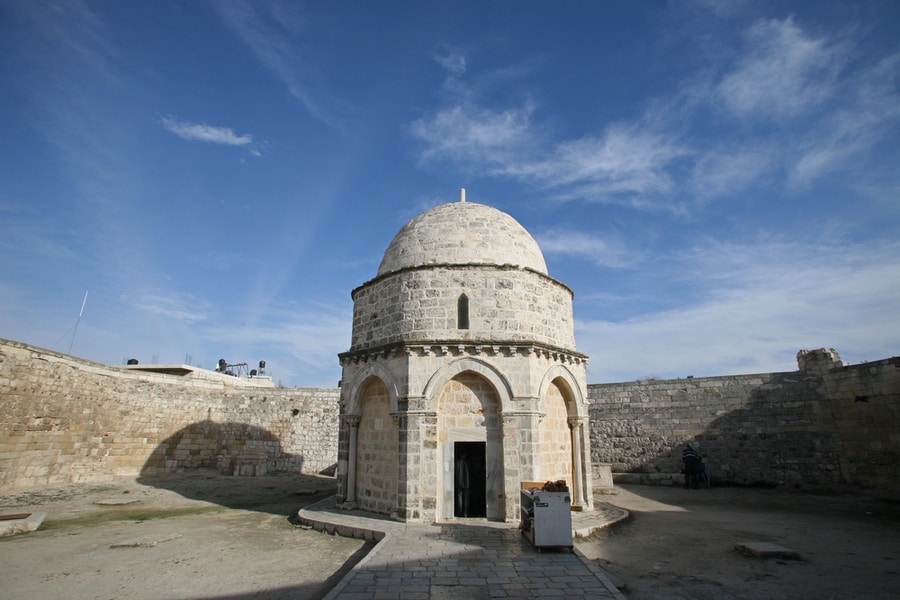