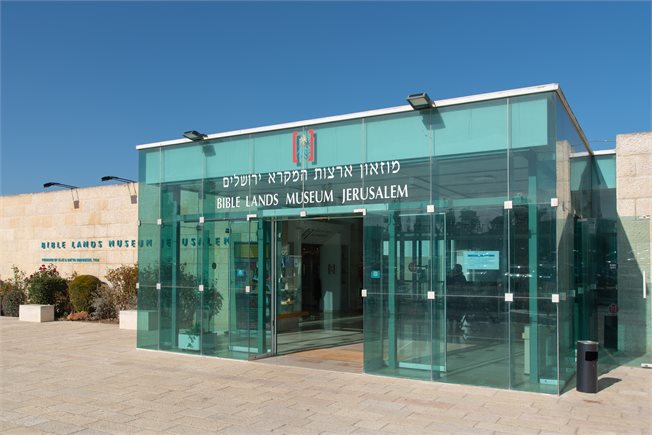 The Bible Land Museum is an archaeological museum in Jerusalem. It is the only museum in the world dedicated to the history of the people of the Bible in the Ancient Near East. The core exhibitions trace man’s belief in one God back to its roots in ancient civilizations. People of all faiths can learn about Biblical history and the foundations of Judeo-Christian heritage. The museum aims to put the people of the Bible into a historic context. In 1992, scholar and art dealer-collector Elie Borowski moved his collection of Ancient Near Eastern Art from Toronto to Jerusalem to establish the museum. The museum offers cultural events, workshops, themed tours, educational programs, and lectures to adults and children.

Exhibitions at the Bible Lands Museum

The museum’s core exhibition is From Sumer to Rome: Treasures of the Ancient World. Sumer refers to the land of the Sumerians, ancient non-Semitic-speaking people of Western Asia. The collection includes ancient religious art and architecture from the region. It traces monotheism from the beginning of civilization to early Christianity. The collection takes visitors on a journey through the ancient Bible Land. Artifacts include pieces from Afghanistan, Israel, the Caucasian Mountains, and as far south as Sudan. This is the area known as ancient Mesopotamia. It was the cradle of civilization, with Israel at its center. Through the exhibits, you can learn about the civilizations that rose and fell, including Sumerians, Egyptians, Assyrians, Canaanites, Babylonians, Philistines, Hittites, Phoenicians, and Persians.

What Can You See at the Bible Land Museum?

Among the artifacts on display are ancient documents, coins, idols made from various materials, seals, ceramics, and primitive weapons, from across the ancient Near East. There are scale models of important ancient sites including the pyramids in Egypt, and places in Jerusalem. Signage explains the relationship of the artifacts to Biblical history with relevant Biblical quotes and explanations about relevant topics. The main gallery displays historic artifacts in chronological order. Other themed sections cover specific aspects of Biblical history like the story of David and Goliath. One exhibition focuses on Gods, Heroes, and Mortals in Ancient Greece. The Bible Lands Museum also hosts temporary exhibitions such as Yemen: From Sheba to Jerusalem. A visit to this museum gives visitors an overview of the deep religious roots in Israel, the Bible land.