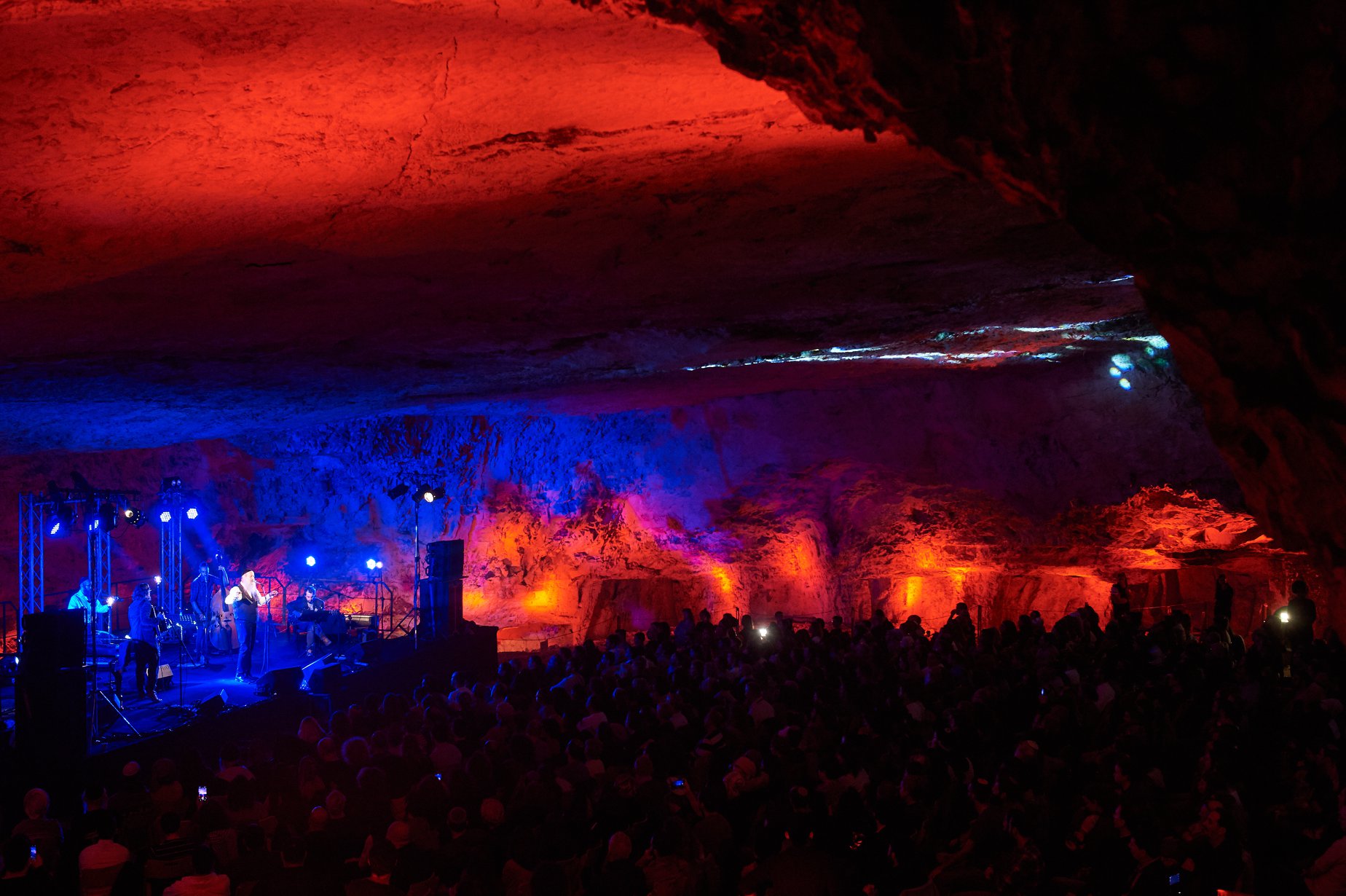 Zedekiah’s Cave, also known as Solomon’s Quarry, lies under the Muslim Quarter in the Old City of Jerusalem and its remains are the largest of their kind in the area.  Built out of limestone and stretching for around 225 metres (approx five city blocks in modern terms), it is estimated to have been carved over a period of several thousand years.  Today, this extraordinary underground attraction, located in the Old City, between the Damascus Gate and Herod’s Gate, is open to the public, not just for tours but for private events and musical performances.

The History of the Ancient Quarry

King Herod the Great used the stone from the main quarry to renovate the Temple and its retaining walls.  Flavius Joseph, the Roman Jewish historian, has written about the ‘Royal Caverns of the Old City’ and contemporary scholars believe he may have been referring to Zedekiah’s Cave.  The cave was not used in Crusader times but historians now believe that the Crusaders built a secret escape tunnel there.

After the Ottoman conquest, Suleiman the Magnificent used stones mined from its quarry to build the walls of the Old City that we still see today.  At some point, however, the quarry was sealed up (for reasons unknown) and was abandoned.

Rediscovery of the Cave

After being abandoned in the Middle Ages, the cave was more-or-less forgotten until 1854, when an American missionary by the name of James Barclay heard rumours about its existence. Soon after, whilst walking in the area near the Damascus Gate, his dog fell into a pit and whilst retrieving it he noticed that the pit was rather large.

That night, quite surreptitiously, he came back with his sons and torches and they crept in. This is the amusing story of how the caves were rediscovered. Barclay and his children documented findings of a human skeleton and a colony of bats in one corner.  Here’s a short video if you’re curious. About 30 years later, the cave became occupied by a religious sect from Germany.  After a while, they were eventually removed with the help of the German Consul in Jerusalem, since many of them had fallen ill as a result of living in damp conditions with a lack of sanitary facilities.

The last-known use of quarry dates back to the beginning of the 20th century and stones mined there were used to construct the ‘Clock Tower’ that once stood above the Jaffa Gate (but was destroyed during the British Mandate period). After some renovations in the mid 1980’s, the Jerusalem Foundation decided to market it as a tourist attraction and began constructing paths and installing lights throughout the entire cavern.

The legends, myths and traditions related to the cave are many.  In terms of its namesake, legend has it that King Zedekiah escaped here from the Chaldeans (an ancient semitic people who became dominant in Babylonia), fleeing to the Dead Sea. King Zedekiah was the twelfth and last king of Judah and his reign ended with the siege and fall of Jerusalem to Nebuchadnezzar II (approx 587 BC).

In Arab tradition, the cave is supposedly the burial place of Korach (who instigated a revolt against Moses and his brother Aaron) and his followers. Because drops of water can be seen trickling through the ceiling, this part of the quarry earned the nickname “Zedekiah’s tears.”  The cave is sometimes referred to in Arabic as ‘‘Migharat al-Kitan’ (the ‘Cotton Cave’) since the cave is believed to have once been used to store cotton.

The caves also hold great importance for the Freemasons - a masonic ceremony was held here as far back as 1868. (Masonic belief holds that King Solomon was their first Grand Master).  Today, an annual ceremony in the caves is held, the cave retaining its reputation as a sacred area for the Masons.

Geography and Geology of the Cave

After the narrow entrance (which is a natural phenomenon) the cave extends into a long auditorium-like chamber, which runs for approx. 200 metre. Beyond this are a number of ‘galleries’ carved out by ancient stonecutters - the patterns on the wall are quite unusual. You can still see chisel marks carved into the limestone, as well as inscriptions in Greek, Armenian, Arabic and English. On the walls are plaques, explaining some of the legends associated with the cave.

Zedekiah’s cave was the quarry at which the renowned and beautiful ‘malka stone’ was mined.  With a range of colours (white to yellow and pink to orange brown) it has been used to construct buildings in Jerusalem since biblical times, the most famous of which is the Western Wall (Kotel).  (Fun fact: since the period of the British Mandate until now, municipal laws require that all buildings put up in Jerusalem be faced with local Jerusalem stone).

Today, for a small fee, the cave is open to the public, who can take guided tours through its remarkable walls. It can be hired as an event space for up to 500 people, for parties and private events. Moreover, in recent years, it has become a popular performing spot for Israeli artists, who are fond of it because of its unusual and quite exceptional acoustics.

Best way to visit is with a Jerusalem private tour. In terms of family outings, the cave is recommended for children over the age of 5.  Sturdy footwear is recommended!