The Room of the Last Supper (Upper Room; Coenaculum or Cenacle) is the traditional site where Jesus ate his last meal with his disciples. The event took place on the second floor of a building on Mount Zion, Jerusalem. The building we know today as the Cenacle dates back to the Crusader era but archaeological excavations show that houses would have stood here during Jesus lifetime. On the ground level beneath the Room of the Last Supper is the Tomb of King David.

The Room of the Last Supper in the Bible

The Bible tells how Jesus and his disciples ate the Passover meal here on the eve of Jesus’ arrest. The New Testament describes other events which occurred in the Cenacle including Jesus washing the disciples’ feet; Jesus’ appearance after his resurrection and the descent of the Holy Ghost to the disciples at Pentecost marking the birth of the Christian church.

History of the Room of the Last Supper

Beneath the Tomb of David archaeologists have uncovered the remains of a Byzantine structure destroyed in the 7th century by invading Persians. In the 12th century, Crusaders rebuilt the site. In 1187 the Crusaders left Jerusalem and Franciscans became the Cenacle custodians. The Ottomans arrived in the 16th century and converted the Upper Room into a mosque. Today Jews hold the ground floor Tomb of David sacred and Christians visit the Upper Room.

Within the Room of the Last Supper

The rectangular Cenacle has a rib-vaulted ceiling supported by slender freestanding marble columns. The unique column capitals are mostly 12th century or Gothic in style. One scene carved into the capitals depicts a mother bird flanked by two young birds picking at her heart. This symbolizes charity and sacrifice. An Arabic wall inscription from 1524 AD describes how Sultan Suleiman turned the church into a mosque. From the same era, there is a stained-glass window featuring Arabic Koran verses; a Mihrab (prayer niche) and a staircase to the minaret. A stairway (no longer in use) descends to the Tomb of David and is covered by a small dome supported by marble columns. 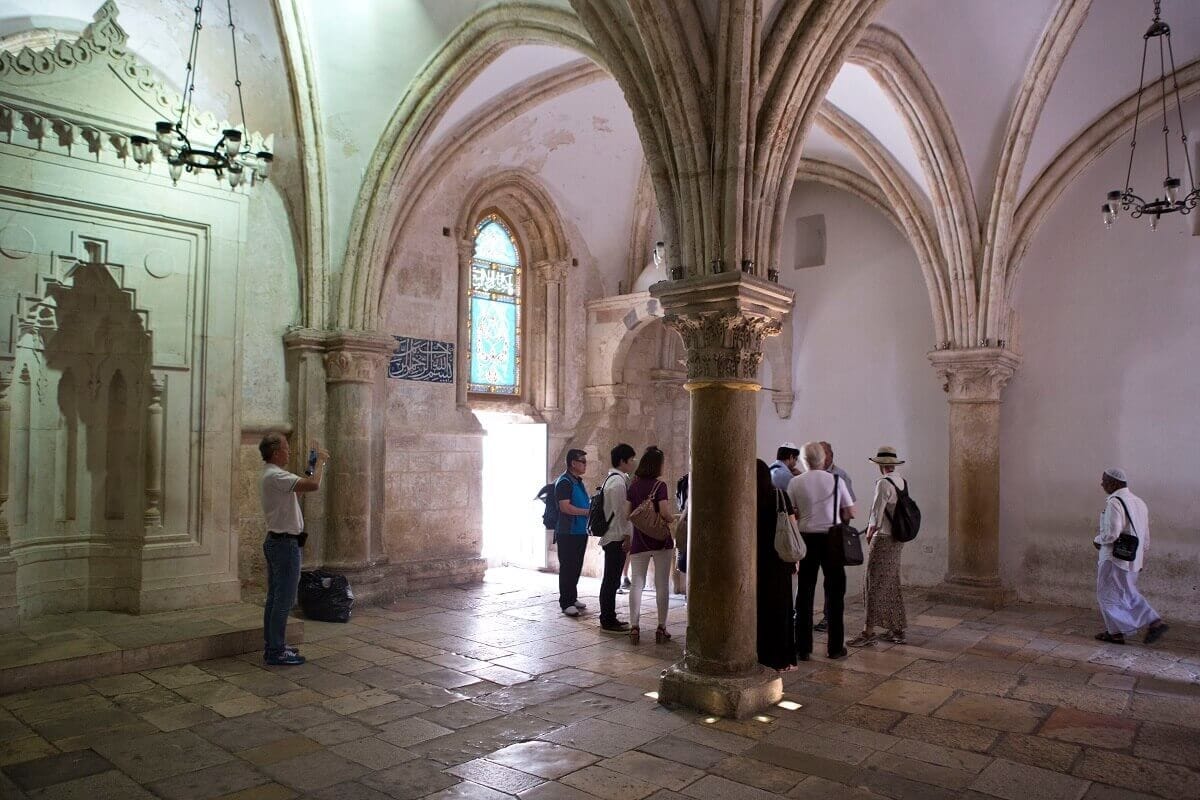