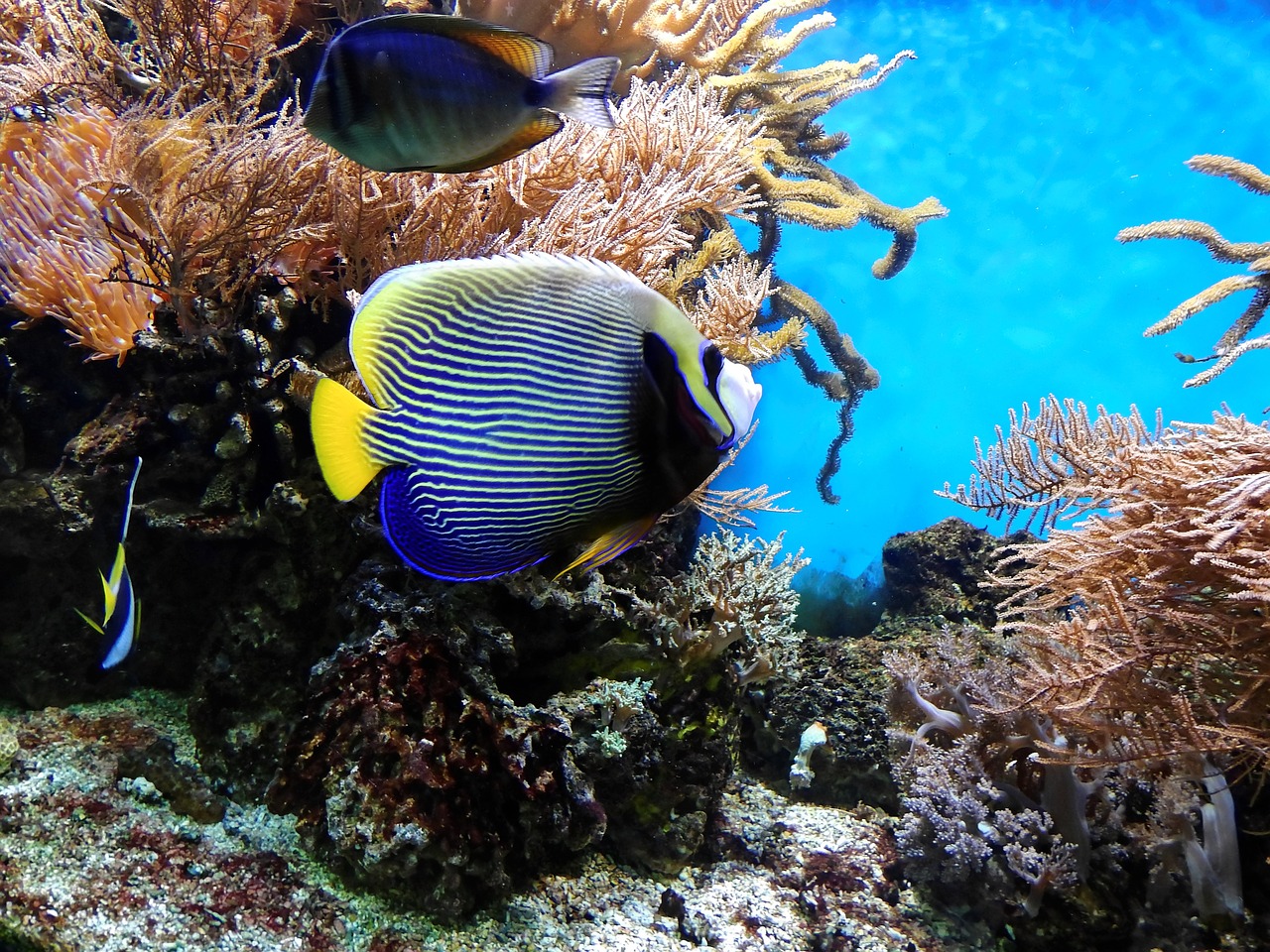 The Gottesman Family Israel Aquarium is located close to Mount Herzl, in Jerusalem, and was opened to the public on 19th June 2017.  As Israel’s first-ever aquarium its focus is on the preservation of the environmental and aquatic habitats as well as supporting nature conservation in Israel. The building showcases fish and coral reefs from the Mediterranean Sea, the Red Sea, and even the Sea of Galilee and the Dead Sea.

History of the Project

For many years in Jerusalem, the general official consensus was that the city’s Biblical Zoo should be expanded. In 2008, after planning permission was granted, the zoo’s area was substantially increased and the matter of planning the extension was taken up in earnest. After a long and joint learning process, carried out by the zoo’s International Zoology Committee, (and led by Professor Avi Provolotzky), a decision was made to implement a major project - the building of Israel’s first aquarium.

Promoting Learning and Research in the Field

Marine biologists and scientists considered this to be essential, as a way to promote public awareness for the conservation of aquatic habitats and environments in Israel. The building of an aquarium would also serve another purpose - to promote the establishment of breeding groups as well as education, learning, and research in the field. The idea was also that a visit to such an aquarium would complement a visit to the Biblical Zoo, especially because it was an indoor venue and would therefore be accessible to visitors both in the scorching summer heat and cold winter months.

The initiative was given a working title of “Sea Israel – the sea comes to Jerusalem,” and a feasibility study was carried out.  After this, the plan was presented to the Gottesman Family Fund in New York, who agreed to donate a generous sum towards the establishment of the aquarium. Together with monies raised from the Biblical Zoo, the Ministry of Tourism, and the Jerusalem Municipality, around 100 million NIS was amassed. In 2012, the foundations were laid, and the following year construction began. Four years later, the building was opened, named the Gottesman Family Israel Aquarium, Jerusalem.

Walking through the aquarium is a wonderful experience, both for children of all ages and adults.  The building is beautifully designed and spacious with excellent information and areas where children can get very close to views of the fish. Visitors walk through the aquarium on a one-way path which introduces them to all kinds of aquatic life that exists in Israel.

The exhibits look at how Israel interfaces with four seas, the Dead Sea, the Mediterranean, the Red Sea, and the Sea of Galilee (Kinneret). Of course, there is no life in the Dead Sea but the Kinneret is fed by rivers from Lebanon and Syria and has a well-known fresh-water fishing industry.

From Nahariya in the far north down to Ashkelon (and passing through Tel Aviv’s famous beach stretch), there are all kinds of marine life on Israel’s coast.  And then there is Eilat - located at the Gulf of Aqaba, on the Red Sea, it is a paradise for snorkellers and divers, and home to all kinds of tropical fish and extraordinary coral reefs.

As well as all of the exhibits that relate to local ecology, there is also a video presentation on offer, looking at the Suez Canal and how its existence has changed the marine ecology of the eastern Mediterranean Sea (including changes to water salinity and encouraged new species.

The Israel Aquarium is an excellent family-friendly activity, ideal for children of all ages. One of the most fun parts of walking through the Aquarium’s large, central tank is the glass tunnel underneath that allows you to take a ‘fish’s eye view’ of the inside. Highlights of any trip include: stingray feeding pools; a fabulous shark tank, complete with a viewing station and the walkthrough tunnel; pop up stations for kids, giving them the feeling that they are actually inside the tank; viewing windows that take kids behind the scenes, into contained areas and science laboratories.

Fun fact: as you are walking through, look for the skeleton of a large hammerhead shark hanging overhead! Families can also enjoy the outside gardens, which are very beautiful and afford excellent views across the hills of Jerusalem.

Educating Students and the Wider Public

One of the main goals in establishing the Israel Aquarium was to educate and widely publicize the need for the protection of the aquatic environment and wet habitats in Israel. The aquarium’s educational program, which includes signage and other educational components and activities, served as the basis for building the aquarium.

It is fair to say that a great deal of thought goes into highlighting the biodiversity of the Mediterranean and Red Seas, as well as ecological subjects and the very real threats that marine habitats face today in the country. The aquarium offers a variety of educational activities which include programs for kindergartens, young children, and high schools.

Staff are friendly and knowledgeable and always on hand to promote the subjects of marine biology and science. Research projects are also in the pipeline, as part of the matriculation program that children in Israel aged 16-18 study.

The aquarium goes to great lengths to educate the public about the importance of preserving aquatic habitats and, as a way to promote this idea, dreamed up the idea of a “commitment wall” which forms part of the experience to the facility. The aquarium’s commitment wall serves as a foundation for an “active community” - encouraging people who visit to do what they can, personally, to preserve sea creatures.

At the end of their visit to the aquarium, visitors find themselves in front of a large interactive wall. There they are asked to commit to a number of rules connected to aquatic environmental protection. The is an excellent way to raise public awareness of the critical need for sea protection, both on a general level as well as on a personal level. The commitment wall, therefore, acts as the largest and most significant social forum in the field of aquatic environmental protection in Israel.

The software and hardware that went into production the wall were developed and donated by the Azrieli College of Engineering in Jerusalem, who collaborated with the aquarium’s educational team.

There is a small kiosk close to the entrance of the building, in the open plaza, which sells soft drinks and ice cream. Visitors are asked to maintain the spirit of the visit by abiding by certain rules, which include: keeping reasonably quiet whilst walking through the pathways; not using flash photography (regular photography is allowed); not bringing food inside the building.

By car: From the Jerusalem Central Bus Station, head east on Jaffa Street towards Begin Boulevard (Route 50) via Golomb street, and finally to Derech Aharon Shulov, where the building is located. The parking lot is spacious and free for guests. 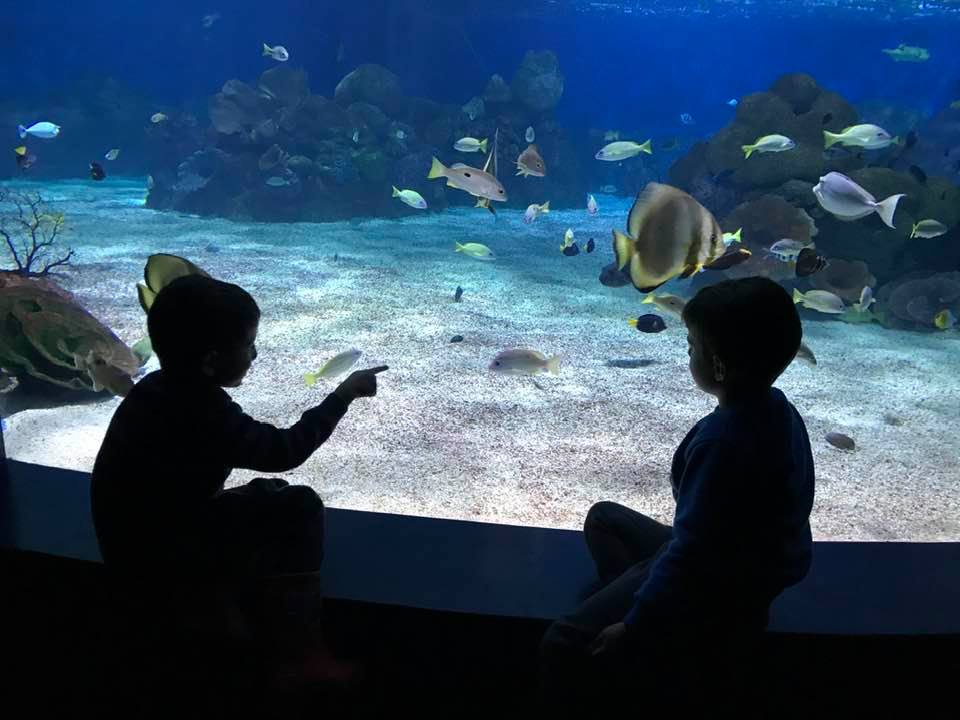