The Dead Sea runs from north to south between Israel on its west bank and Jordan on the east bank. The northern half of the western shore is in the Palestinian West Bank. Located in southern Israel along the Jordan Rift Valley the sea is 50 km (67 km) long and 15 km (18 km) wide at its widest point. The Dead Sea is famed as the Earth’s lowest point. The sea’s elevation is 430.5 meters below sea level. The Dead Sea is the world’s deepest salt lake (hyper saline) and has 34.2% salinity, which is 9.6 times that of the ocean. Due to the high salt content of the water no living creature (not even microscopic aquatic organisms) can live in the sea. This explains the name - “Dead” Sea.

The Salt Sea has been admired by man for centuries mainly because of the rich mineral and salt content of the water and surrounding environment. The Sea of Salt is immensely beautiful with milky blue water and shores encrusted by white salt deposits. As far back as Cleopatra man has been making use of the Dead Sea’s minerals for beauty treatments and health remedies. The ancient Egyptians used the Dead Sea for beauty products and they used asphalt from the Dead Sea for the mummification process. Even Aristotle, King Solomon and the Queen of Sheba were aware of the Salt Sea’s value.

The Dead Sea in the Bible

The Dead Sea is referred to in the Bible as the “Salt Sea” and has also been called the Sea of Sodom, the Sea of Lot and the Stinking Sea because of the rotten egg odor created by the sulphur in the water. The sea does not play a major role in the Bible but is referred to in Chronicles II 20 and in Ezekiel. Ezekiel predicted that the Salt Sea would one day flow with fresh water and fishermen would be able to cast their nets from shore. Along the shore of the sea are several Biblical locations: the cities of Sodom and Gomorrah, the desert wilderness where David took refuge and the Biblical city of Jericho lies not far to the northeast of the Dead Sea.

The Dead Sea nestles at the lowest point of the Jordan Rift Valley surrounded by a mountainous desert landscape. On the western shore of the sea, there are several attractions including Qumran, Ein Gedi and Masada. The Jordan River flows into the Dead Sea but it has no exit point so that the rich minerals build up within the Dead Sea water. Over the years the water level of the sea has dropped dramatically due to harvesting of the salt, human diversion of the Jordan River so that less water reaches the Salt Sea and natural evaporation. The sea is divided into an upper and lower basin by a thin strip of land. The southern basin has been divided into evaporation pools used for extracting salt and minerals.

Health and Beauty Benefits of the Dead Sea

The health and beauty benefits can be found in the water, mud, sun and air of the Dead Sea. People suffering from skin disorders are often told to soak in the Dead Sea. Dead Sea beauty treatments make use of the mineral-rich Dead Sea mud dug out of the banks and floor of the Dead Sea. The mud and minerals from the water are used in creams, anti-aging remedies, make-up, face masks and more. The air in the Dead Sea region has a low pollen and allergen content making it ideal for those with respiratory problems. The Dead Sea air is also high in oxygen which is great for overall well-being. As the lowest point on Earth, the distance from the sun means that the sun rays at the Dead Sea contain reduced harmful ultraviolet components. Even the high atmospheric pressure at the Dead Sea has health benefits. The Dead Sea as a whole is said to give people a feeling of well-being.

Due to the Dead Sea’s high salt content, the water has a thick consistency, similar to oily syrup. This concentration of salt allows people to easily float on the water giving them natural buoyancy. The western shore of the Dead Sea in Israel is lined with beautiful beaches unlike any others you may have seen. There are many beaches providing beach chairs, umbrellas and railings going into the sea to help you get in and out of the water. Some beaches require a fee and others are free public beaches. Along with the beaches, there are waterfront spas offering treatments that use the Dead Sea products. The Dead Sea is home to excellent hotels, most with their own direct access to a Dead Sea beach. The Dead Sea has two main hotel and tourism areas – Neve Zohar and Ein Bokek. In both these areas, you can find excellent hotels and basic amenities.

Want to float in the lowest place on earth? Join our Dead Sea Relaxation Tour. 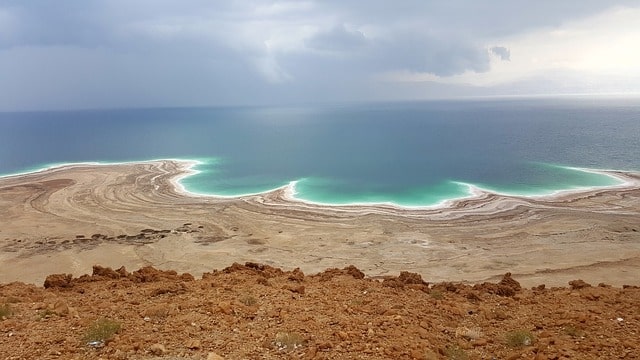 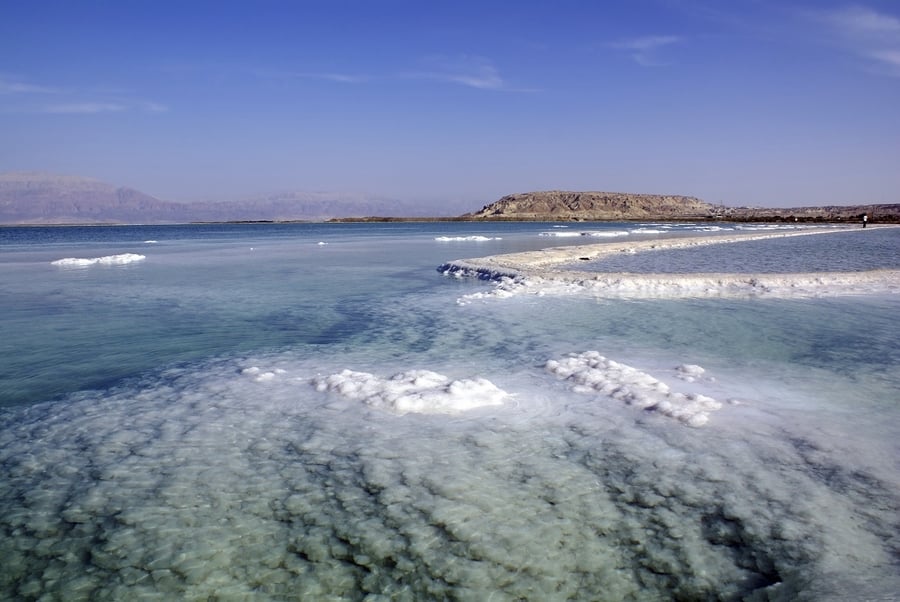