Qumran is a site located about 16 km south of Jericho on a dry plateau just 1.5 km from the northwestern shore of the Dead Sea in the Judean Desert. The site has been excavated and findings show that Qumran was home to members of the 2nd century BC Essene Sect. Today the archaeological site is protected within the Qumran National Park. In addition to the archaeological discoveries at Qumran it is also the closest settlement to the site where the Dead Sea Scrolls were found.

The Archaeological Site of Qumran

Excavation of Qumran provided invaluable insights into the lives of the Essene Sect. They were a sect derived from Judaism and their group thrived in the 2nd-1st centuries BC. Essene communities lived in isolation and abstained from all sensual pleasure in order to pursue their spirituality. This made Qumran the perfect home for the sect. Here they were completely isolated from the rest of society and could devote themselves to religious study.
Excavation at Qumran uncovered a scriptorium, a room devoted to coping religious texts. The room contained structures presumed to be writing benches with pottery inkwells and pottery lamps so that the scribes could even work at night. Shards of pottery found in the scriptorium were of the same unique type as the pottery found with the Dead Sea Scrolls. This led experts to believe that the Essene were perhaps the writers of the Dead Sea Scrolls and that the scrolls constituted the Essene library.
Other excavated structures include a long dining room where members of the sect would eat their communal meals. In the adjacent room 1,000 ancient serving vessels were found including plates, cups and bowls. The excavated settlement has numerous mikvot (ritual baths) where the members of the sect would perform cleansing rituals. Large cracks in the structures were probably caused by an earthquake in 31 BC. The archaeological excavation also discovered an extensive cemetery where 1,200 tombs were found.
The Essene survived in the harsh desert climate thanks to a water supply from the Qumran Stream and the Eynot Stream. They channeled the stream water into reservoirs and even used it to irrigate land where they grew dates and raised animals.
Visitors to the Qumran National Park can see an exhibition of archaeological findings and a display illustrating the history of Qumran. There is a short introductory film, a museum and a visit to the excavation site itself. Visitors to the park follow the ancient aqueduct that would have brought water to the Essene community. The path leads visitors past the excavated dining room, scriptorium, kitchen, meeting room, ritual baths, watchtower, stables and pottery workshop. From an observation deck you can get a view of the Qumran Stream and several caves where the Dead Sea Scrolls were discovered.

The Dead Sea Scrolls of Qumran

In 1946/47 and in 1956 some 981 ancient manuscripts in earthenware jars were discovered in 11 caves near Qumran. The scrolls date back to the 3rd-1st centuries BC and are the oldest Hebrew texts found in the Holy Land. Most of the scrolls are written in Hebrew but others are written in Aramaic and Greek. The texts are written on papyrus and one on copper. Among the texts every book of the Old Testament is represented except Esther. No New Testament texts were found. The Dead Sea Scrolls provided invaluable information about early Biblical texts and Jewish life during the Biblical era. Their significance is historical, linguistic and religious. Today the scrolls have been preserved and are on display in the Shrine of the Book on the grounds of the Israel Museum in Jerusalem. 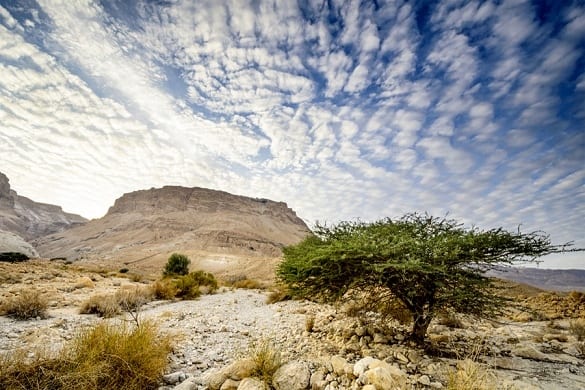 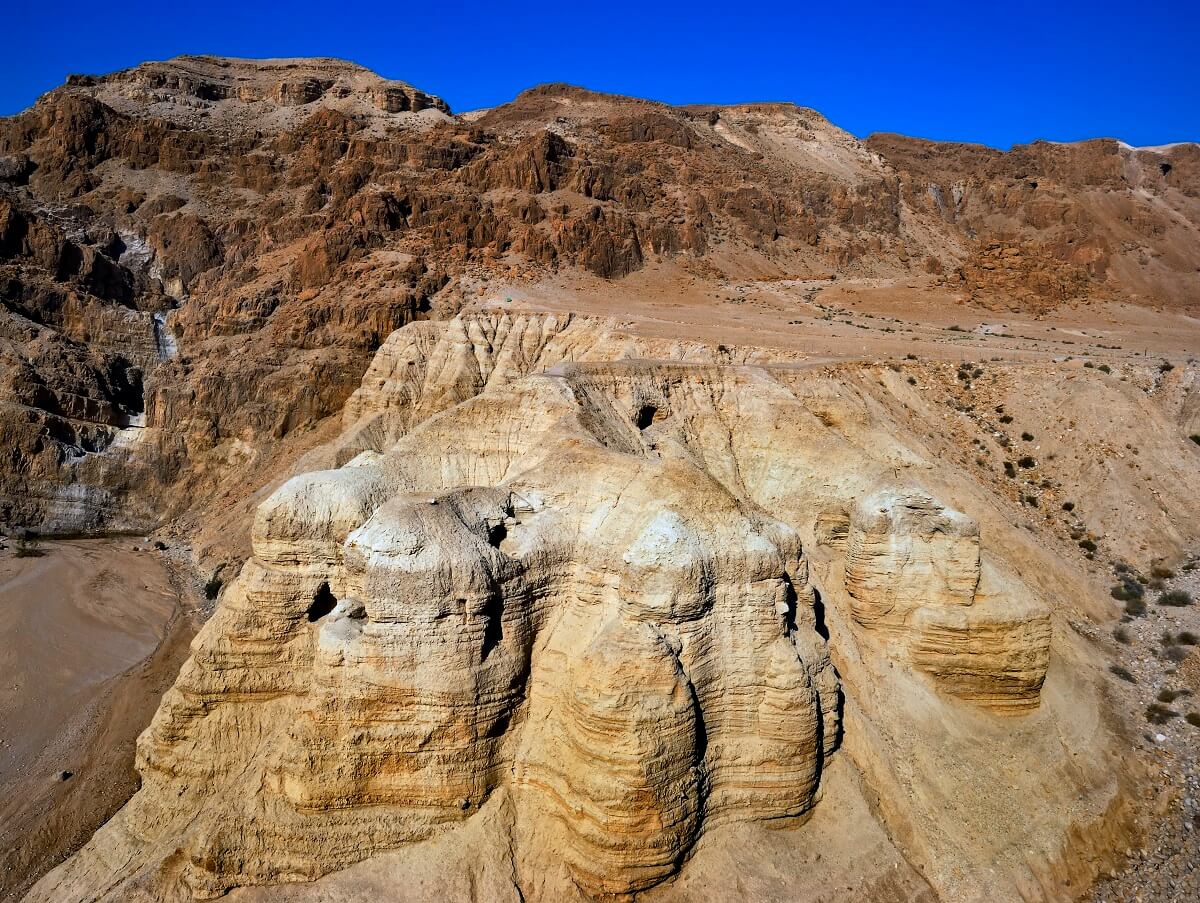