Ein Gedi is an idyllic desert oasis in Israel, near the Dead Sea on the eastern edge of the Judean Desert. Ein Gedi means “spring of the kid” (young goat)” probably because of the spring streams that run through Ein Gedi and perhaps because of the many agile goats you can see along the surrounding cliffs. The main attraction for tourists is the Ein Gedi Nature Reserve.

The Ein Gedi oasis is one of the few places where desert streams flow year-round. The park lies alongside Kibbutz Ein Gedi and covers 1435 hectares. Visitors to Ein Gedi can walk along pathways and trails that follow the streams, through ravines, and past towering cliffs. The park encompasses waterfalls and Ein Gedi Baths, natural pools where visitors can bathe. There are also canyons, caves, the remains of an early Bronze Age temple, and lush vegetation.

Ein Gedi is home to some rare and endangered species of plants. Among the greenery, you can see small animals like the rock hyrax. Along the edge of rocks, Nubian ibex (a desert goat species) defy gravity by walking effortlessly along almost vertical cliffs. Other animals living in Ein Gedi include wolves, bats, foxes, and animals that are mostly active at night.

The park covers 140000 dunams and includes Nahal David and Nahal Arugot, two natural spring-fed streams which flow all year-round as well as Shulamit Spring and Ein Gedi Spring. The abundant water in such a dry environment is used for bottled water and for local agriculture.

The David Stream Trail runs parallel to the stream and passes by a number of natural pools and waterfalls where you can cool off. The hiking trail along the Arugot Stream is longer and usually less crowded. Most of these hiking trails require walking through the water. The abundant water feeds the trees and plants including Christ’s thorn jujube, desert date trees, Sodom’s apple milkweed as well as reeds, elephant grass, ferns, and willow trees.

Ein Gedi in the Bible

It is believed that Ein Gedi is referred to in Chronicles II 20:2 as Hazazon-Tamar, a place where the Ammonites and Moabites gathered to fight King Josaphat. The same site is referred to as an Amorite settlement in Genesis 14:7. In Joshua, Ein Gedi is one of the wilderness cities listed as belonging to the Tribe of Judah. In Ezekiel, we read how Ein Gedi will become a fishing village when the water of the Dead Sea turns sweet.

The most famous biblical reference to Ein Gedi is in Samuel I when King David took refuge in the Judean Desert as he fled his predecessor, King Saul. Ein Gedi is referred to again in Psalm 63 when David goes into the wilderness of Judah. There are also mentions of Ein Gedi in the Song of Songs and Ecclesiastics.

Other Attractions at Ein Gedi

Not far from the Ein Gedi Nature Reserve is Kibbutz Ein Gedi. The kibbutz runs a guest house and botanical garden. Almost the entire area of the kibbutz is planted with beautiful plant species from around the world. There are about 900 species covering 10 hectares. While at Ein Gedi visit the Na’ama Lookout in the Ein Gedi Field School. From here there are views across Ein Gedi. You can also cross the road and go down to the Dead Sea for a swim; see the remains of the Ein Gedi Synagogue between David Stream and Arugot Stream or see the Chalcolithic-era temple that has been excavated nearby.

When, Where, and How

Reach Ein Gedi on the Dead Sea road #90 between the desert and the western shore of the Dead Sea. An average visit lasts from 1.5 hours to a full day and the best seasons to visit are in spring, winter, or fall. In the summer the temperatures can be scorching. The reserve is open April to September 8 am-5 pm and October to March 8 am-4 pm. The entrance fee is 29ILS for adults and 15ILS for children.

If you just want to see the ancient synagogue the entrance fee is 15ILS for adults and 7ILS for children. Nearby attractions include the Dead Sea, Masada, and Qumran.  You can shop at the nearby Ahava factory shop for Dead Sea products and you can stay overnight at one of the luxury hotels at Ein Bokek or at the Ein Gedi Kibbutz Guesthouse, the field school, or camp by the Dead Sea. 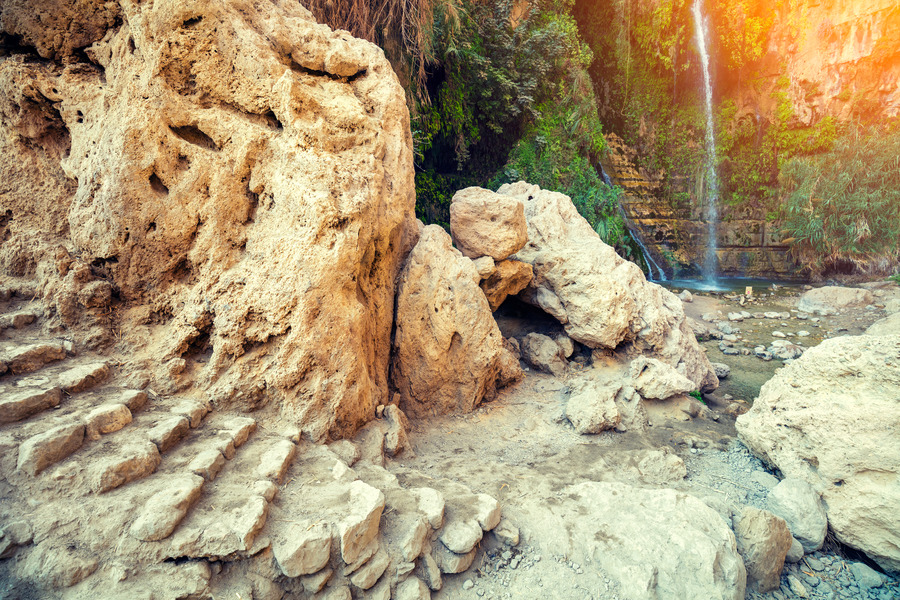 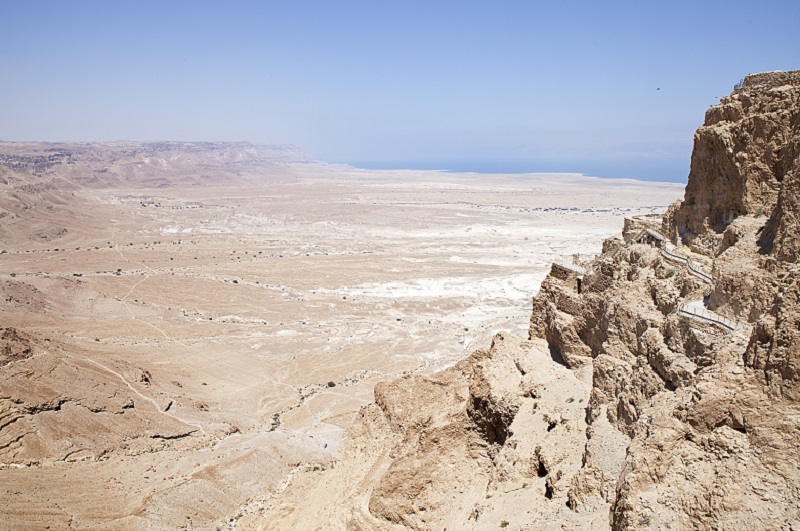 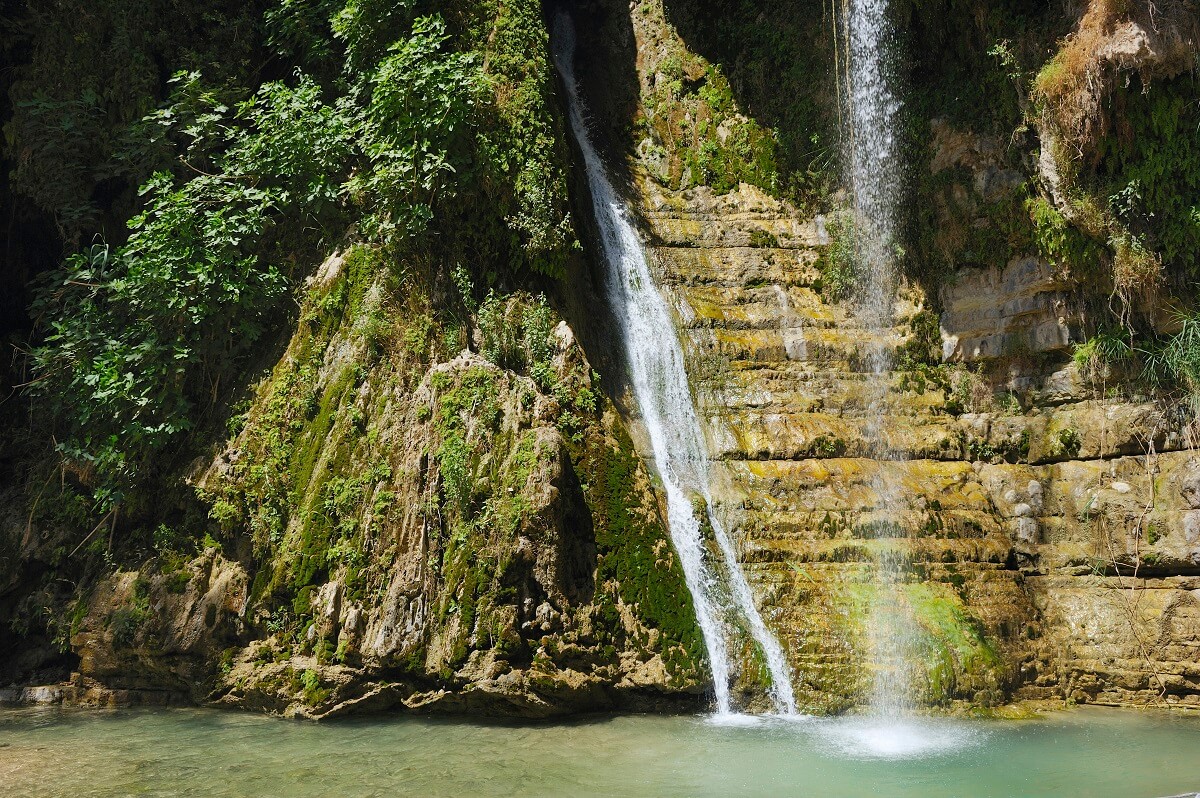