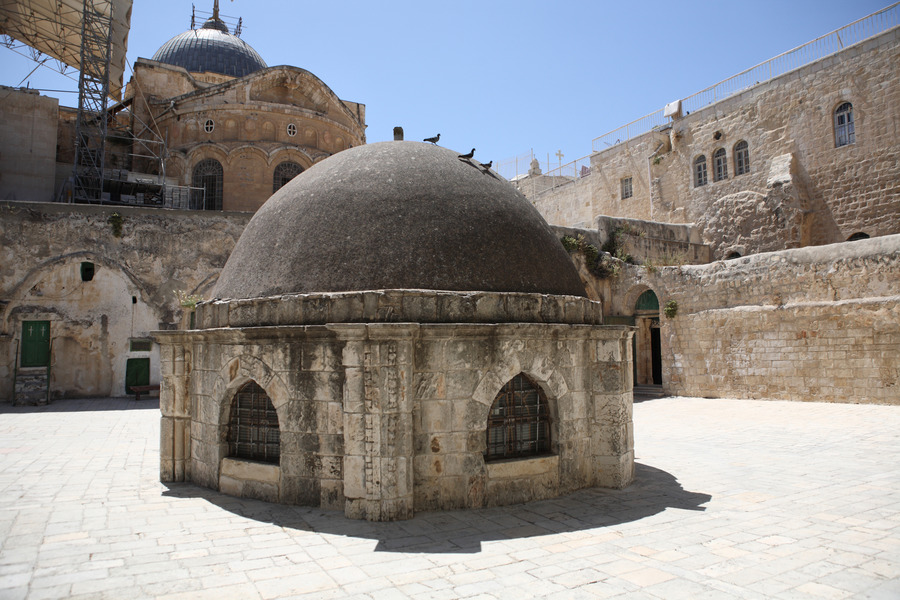 The Chapel of Saint Helena is one of about thirty chapels within the enormous Church of the Holy Sepulchre in the heart of Jerusalem's Old City. The Holy Sepulchre encompasses the most sacred Christian sites including Christ's Tomb and Calvary. Many visitors to the sprawling 4th-century church overlook the Chapel of St. Helena although it is dedicated to the woman responsible for the church's construction. Helena was the "woman behind the man" as they say. She was the driving force that encouraged her son the Roman Emperor Constantine I to build the Church of the Holy Sepulchre, surrounding and protecting the most sacred Christian sites in the world.

Who Was Saint Helena?

Helena Augusta (c.247 AD – c.330 AD) was not of noble birth but became the consort of Roman Emperor Constantius Chlorus and mother to Emperor Constantine the Great. She traveled to Jerusalem and Syria Palaestina to seek out biblical sites in order to preserve them for posterity. Among the sites that Helena identified was Christ's Tomb.

In 326 AD, on his mother's advice, Emperor Constantine commissioned the construction of the first church on this site to replace a pagan temple. Helena ordered the pagan temple torn down and excavation of the sacred sites. She is said to have uncovered three crosses at the site, one of which was found in a cistern near Calvary. This was declared the True Cross after an ailing woman touched it and was cured.

When Queen Helena's work was done she returned to Rome taking some of the Christian relics with her. She dies in c.330 AD and was buried near Rome. Her sarcophagus is on display in the Vatican Museum. She became a saint in the Eastern Orthodox Church, Catholic Church, Oriental Orthodox Church, Anglican Communion, and the Lutheran Church. As a saint, she is revered for her piety and as the Patron Saint of Discoveries. She is sometimes referred to as Helen of Constantinople.

Creation of the Chapel of Saint Helena

In 1048 the basilica was reconstructed and it was further beautified by the Crusaders in 1099. One 12th century chronicler wrote of the church renovations and how they had excavated the site to find the cistern where the True Cross had been found. This space was used to create the Chapel of St. Helena in honor of the woman responsible for identifying the biblical sites. The Church and its new, expanded complex were consecrated in 1149.

Visiting the Chapel of Helena

Just past the Chapel of the Derision in the Church of the Holy Sepulchre is a flight of steps leading down to the Chapel of St. Helena located in the crypt of the original 4th-century basilica. It is the oldest complete part of the church and one of only two chapels beneath ground level. The chapel is owned by the Armenian church and known to them as St Gregory the Illuminator, the Armenian national patriot.

The walls of the stairway have small crosses carved into the stone by medieval pilgrims. On the chapel floor is a large mosaic depicting historic Armenian churches by 20th-century artist Hava Yofe. The chapel has two apses, the north apse holds an altar dedicated to St. Dismas, "The Good Thief" who was crucified with Jesus. The south apse honors St. Helena.

To visit the Chapel of Saint Helena join our Jerusalem Old and New Tour. 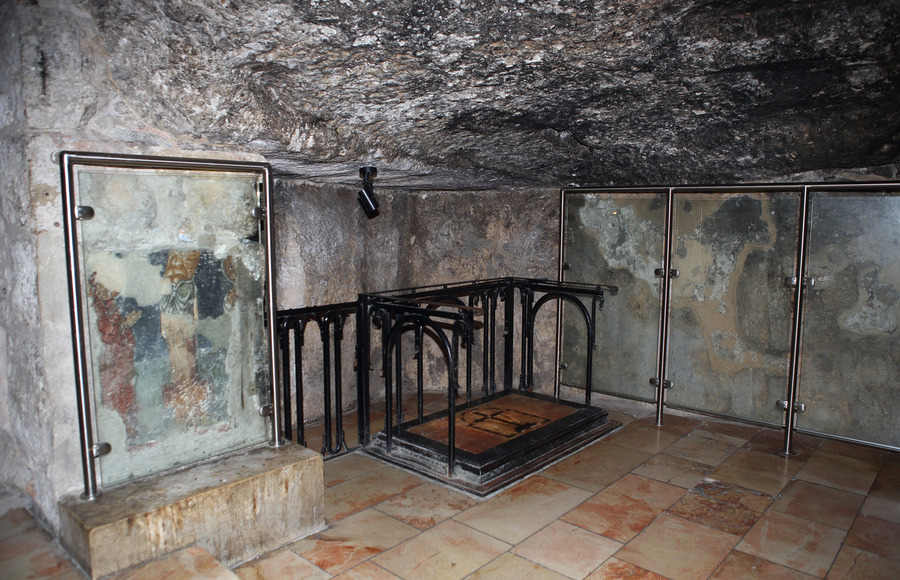