Mount Scopus or Har HaTsofim (Lookout Mount) in Hebrew stands 826m above sea level in northeast Jerusalem. Mount Scopus is part of a ridge of mountains that includes the Mount of Olives. Scopus deserves its name as one of the best places to get an overview of Jerusalem especially from the mount’s “tayelet” or promenade.

The Hebrew University of Jerusalem was built on Mt. Scopus in 1918. Today the university is a respected research institute and site of a national library. Hecht Synagogue on the university campus is known for its brilliant views across the Old City.

The National Botanical Gardens founded on the university grounds in 1931 are home to the largest collection of Israeli plants and the burial Cave of Nicanor who donated gates for the construction of the Second Jewish Temple (516BC-70AD). The Tabachnik Garden holds ancient Jewish burial caves and has lookout points facing east and west.

Ammunition Hill on the western slope of Mt. Scopus was a Jordanian outpost and the site of a fierce battle during the Six Day War. Today it is a memorial and museum site. Other sites on Mount Scopus include the Jerusalem British War Cemetery; the Jerusalem American Colony Cemetery; Bentwich Cemetery; the Bezalel Academy of Art and Design and Hadassah Hospital (not the site of the famous Chagall Windows which are at the Hadassah Medical Center in Ein Kerem).

In 66 AD the Romans camped on Mt. Scopus as they contemplated their attack on the city. The war resulted in the destruction of the Second Jewish Temple. Many years later the Crusaders used Mt. Scopus as a base when planning their entry into the city.

In 1948 the British withdrew from Palestine leaving the unprotected Jewish hospital and university on Mt. Scopus. A convoy of vehicles bringing staff and supplies to the hospital was attacked in the Hadassah Medical Convoy Massacre and 78 were killed.

Want to see the view from Mount Scopus? Join one of our great Tours to Jerusalem. 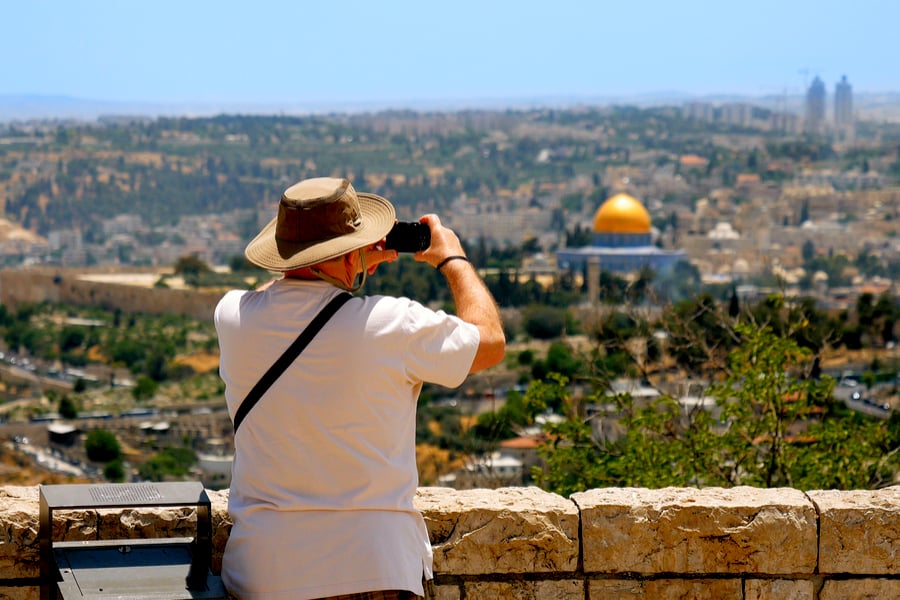