This is one of the eight gates in the fortified outer walls of the Old City of Jerusalem, Israel. The gate is located on the north-eastern side of the city walls and within the walls the gate leads to the Via Dolorosa. The road within the walls is called the Lions’ Gate Road and runs in a westerly direction. The road passes the north side of Temple Mount and becomes Via Dolorosa Road. The gate faces out of the Old City towards the Mount of Olives and the Kidron Valley. Outside of the city walls the road which runs through the gate is the Jerusalem-Jericho Road which leads out through the Kidron Valley and beyond.

The gate is called the Lions’ Gate because of the decorative stone carvings of lions on the exterior of the gate. Legend has it that the builder had a dream which inspired the lion motif. In Hebrew the gate is called Sha’ar HaArayot. The gate leads towards St. Anna Church and so can be called Santa Anna Gate. Another name in Arabic is Bab Sitna-Mariam or Saint Mary’s Gate as the nearby St. Anna Church was known as the Virgin Mary’s home. Saint Anna was the Virgin Mary’s mother. Yet another name for the Lions’ Gate is Yehoshafat Gate, a Christian name which refers to the nearby valley. The gate is also called Saint Stephen’s Gate after the first Christian martyr who is said to have been stoned at this gate as a punishment for blasphemy.

The Lions’ Gate is believed to have been constructed in 1538/9 when Jerusalem was under Ottoman rule. In more recent history the Israeli forces defeated the Jordanian troops in the Six Day War and the Israeli’s entered the Old City through the Lions’ Gate. On the outer wall surrounding the gate entrance there are several interesting features. On either side of the gate is a pair of stone carved lions. Although the lion is a symbol of Jerusalem they are in fact meant to be leopards and were added to the structure by the Muslim Ottomans. The lions were added as a tribute to Mameluk Sultan Baibars who was also called the “Lion of Egypt and Syria”. This Ottoman leader successfully defeated the Crusaders and the Mongols. You can see an Arabic inscription on the inner wall above the gate. The inscription commemorates the construction of the city walls by Sultan Suleiman the Magnificent. This inscription was instrumental in dating the Lions’ Gate as it records the date of construction as 1538/9. Below the inscription is a carved design of the Star of David and on either side of the inscription are more decorative circular carvings.

Want to visit the Old City and go through the Lion's Gate? Join our Jerusalem Old City Tour. 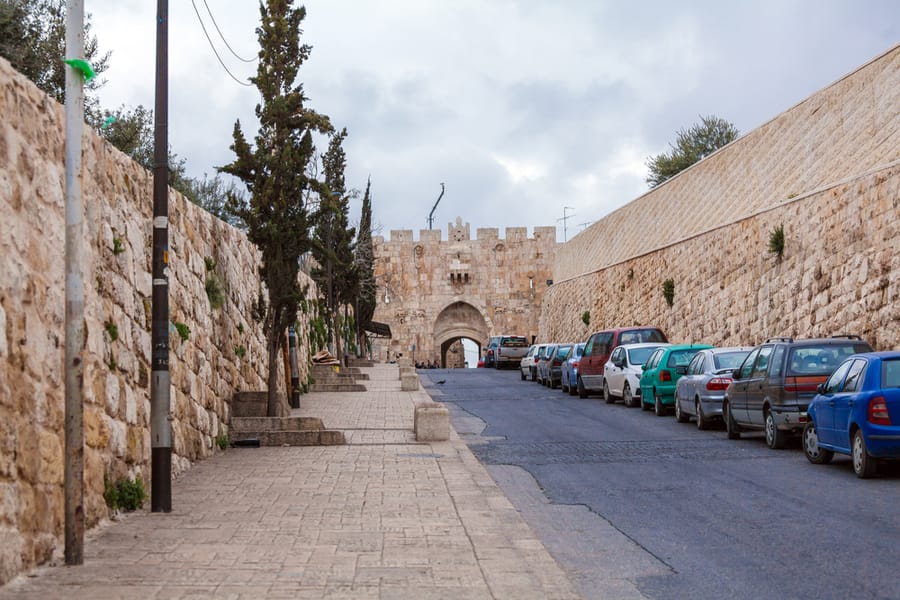