The Armenians originated from the Armenian Highlands of Asia Minor (in present-day eastern Anatolia). Soon after Jesus’ death, the Armenians were converted to Christianity and ever since then have been making pilgrimages to the Holy Land.  Armenian monks arrived in Jerusalem in the 4th century AD. Jerusalem’s Armenian community is considered the oldest living Armenian Diaspora community in the world.

The Armenian compound is enclosed by an inner wall within the Armenian Quarter and includes St. James, a convent, school, churches, and residences. Along the walk from the Jaffa Gate past the Zion Gate and to the Jewish Quarter are many small shops displaying the beautiful hand-painted Armenian pottery which is made locally. Armenian ceramics can be seen adorning many parts of the Old City including the Dome of the Rock and neighborhood street signs.

One of the highlights of the Quarter is the Mardigian Museum of Armenian Art and Culture, which displays illuminated manuscripts and documentation covering the history of the Armenian people. One of the main exhibits is a printing press brought to Jerusalem by the Armenians in the 1830s and used in the St. James Press founded in 1833.

The Armenian Church of St. James

The Armenian Quarter was built around St. James Monastery which is home to the Armenian Apostolic Church’s Jerusalem Patriarchate. The ornate 12th-century church holds a shrine dedicated to St. James, Jesus’ brother. James was beheaded (Acts 12:1-2) and tradition has it that his head remained in Jerusalem’s Armenian church while his body is in Santiago de Compostella in Spain. 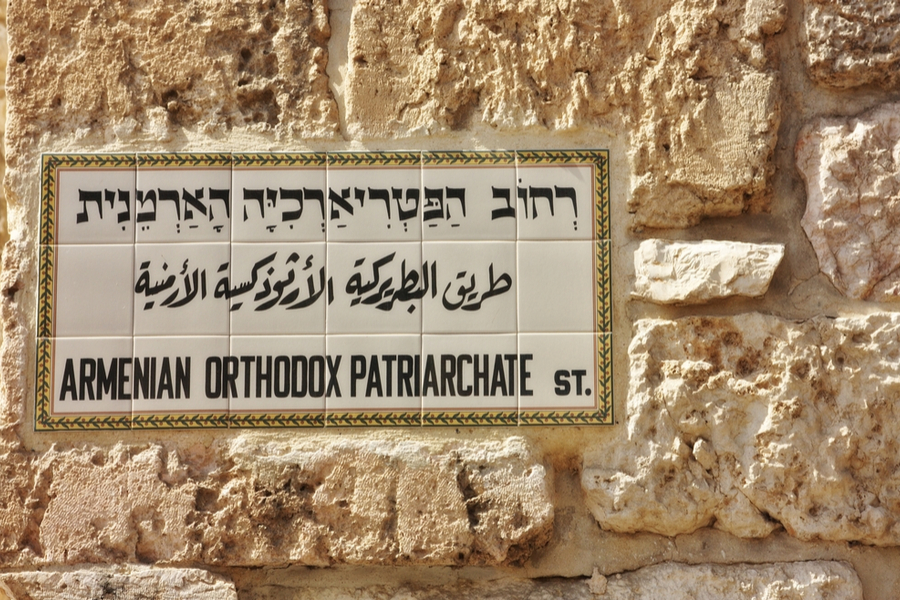