King David’s Tomb is situated on Mount Zion just outside the Old City walls in Jerusalem. Although the authenticity of the site has long been in question it is still a sacred site for Jews, Christians and Muslims. David is an Old Testament hero, King of the Israelites, credited with fighting Goliath; he composed many of the psalms and was father to King Solomon.

David’s Tomb stands in the ground-level room of a Crusader-era building. On the second floor of the same building is the Room of the Last Supper.  The room holding David’s sarcophagus is used as a synagogue while the Upper Room is visited by Christians in memory of Christ’s Last Supper.

The Crusaders built the present building that holds David’s cenotaph although three of the walls remain from an earlier synagogue-church that was used by Roman and Byzantine-era Jewish Christians. In the 14th century, the Franciscans renovated the structure before being ousted in the 16th century by the Muslims who converted the building into a mosque.

Authenticity of the Tomb’s Location

The extensive excavations of the City of David have not uncovered an alternate Tomb of David.  Some have thought that David was buried in Bethlehem, a city also referred to as the City of David, but excavations in Bethlehem have not unearthed his tomb. Despite the fact that King David was probably not buried exactly at the present site of the tomb it is still a revered landmark and pilgrimage site for Christians, Jews and Muslims. 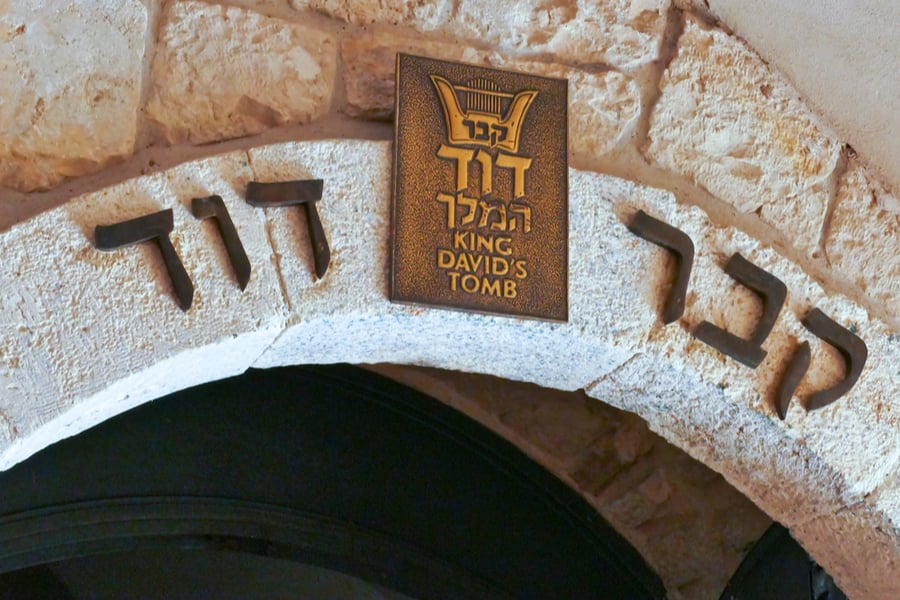