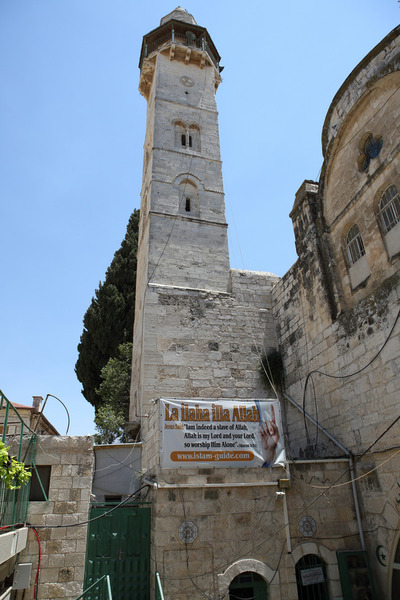 The Mosque of Omar stands in a courtyard close to the Church of the Holy Sepulchre in Jerusalem. It is in an area called Muristan, the ancient market area of the Old City’s Christian Quarter. The mosque is named after a great Caliph, Omar Ibn al-Khattab (579-644) who conquered Jerusalem in 638 AD.

The reason for the relocation of the mosque was probably due to the fact that the Holy Sepulchre entrance had been moved. The current Mosque of Omar features a 15m-high minaret that dates back to the Mamluk Period in the 15th-century. Today visitors to the Holy Sepulchre Church can see two mosques flanking the church. The Mosque of Omar on one side and the 15th-century Al-Khanqah al-Salahiyya Mosque on the northern side. The mosques have similar minarets and were probably designed as a pair. The mosque is open exclusively for Muslims.

To visit the Mosque of Omar, join one of Jerusalem Private Tours. 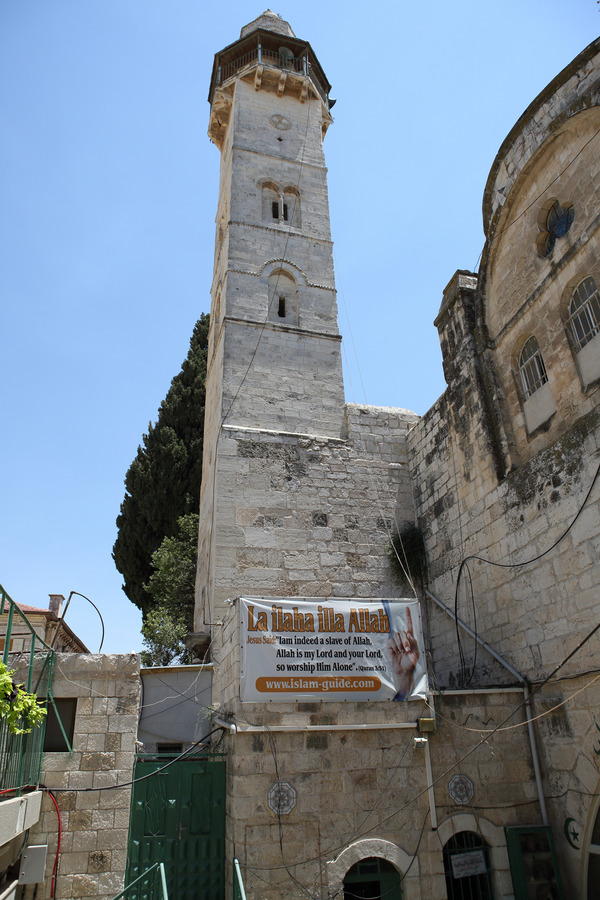