The Christian Quarter is one of four quarters of Jerusalem’s Old City together with the Jewish, Muslim and Armenian Quarters. The Christian Quarter takes up the northwestern section of the Old City and can be accessed via the Damascus Gate, Jaffa Gate and New Gate. It is home to Christians of a number of denominations including Greek Orthodox, Eastern Orthodox, Roman Catholics and Ethiopian Christians.

In the 4th century, Emperor Constantine’s mother Helena traveled to the Holy Land where she identifying a site in Jerusalem as Calvary where Jesus was crucified and the cave where Jesus was laid to rest. She had the Church of Holy Sepulchre constructed making a bold statement for Christianity in this part of the city. Over the centuries other religious institutions and churches were built close by creating a community of Christians in what we now know as the Christian Quarter.

The Greek Orthodox Church of St. John the Baptist has a crypt dating back to the 5th century and was used by the Crusader Hospitalliers; it is recognizable by its silver dome. The Lutheran Church of the Redeemer is one of two Protestant churches in the Old City built in 1898. Below the church is an archaeological site. The Church of St. Alexander Nevsky stands alongside the Holy Sepulchre and was built by the Russian Orthodox church in the 1800s and dedicated to Emperor Alexander III’s patron saint, Alexander Nevsky. 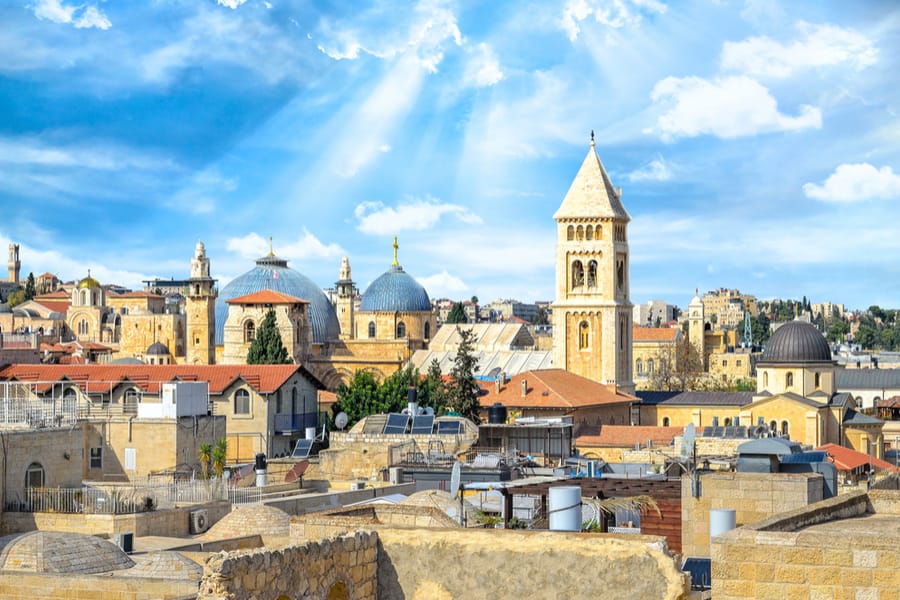