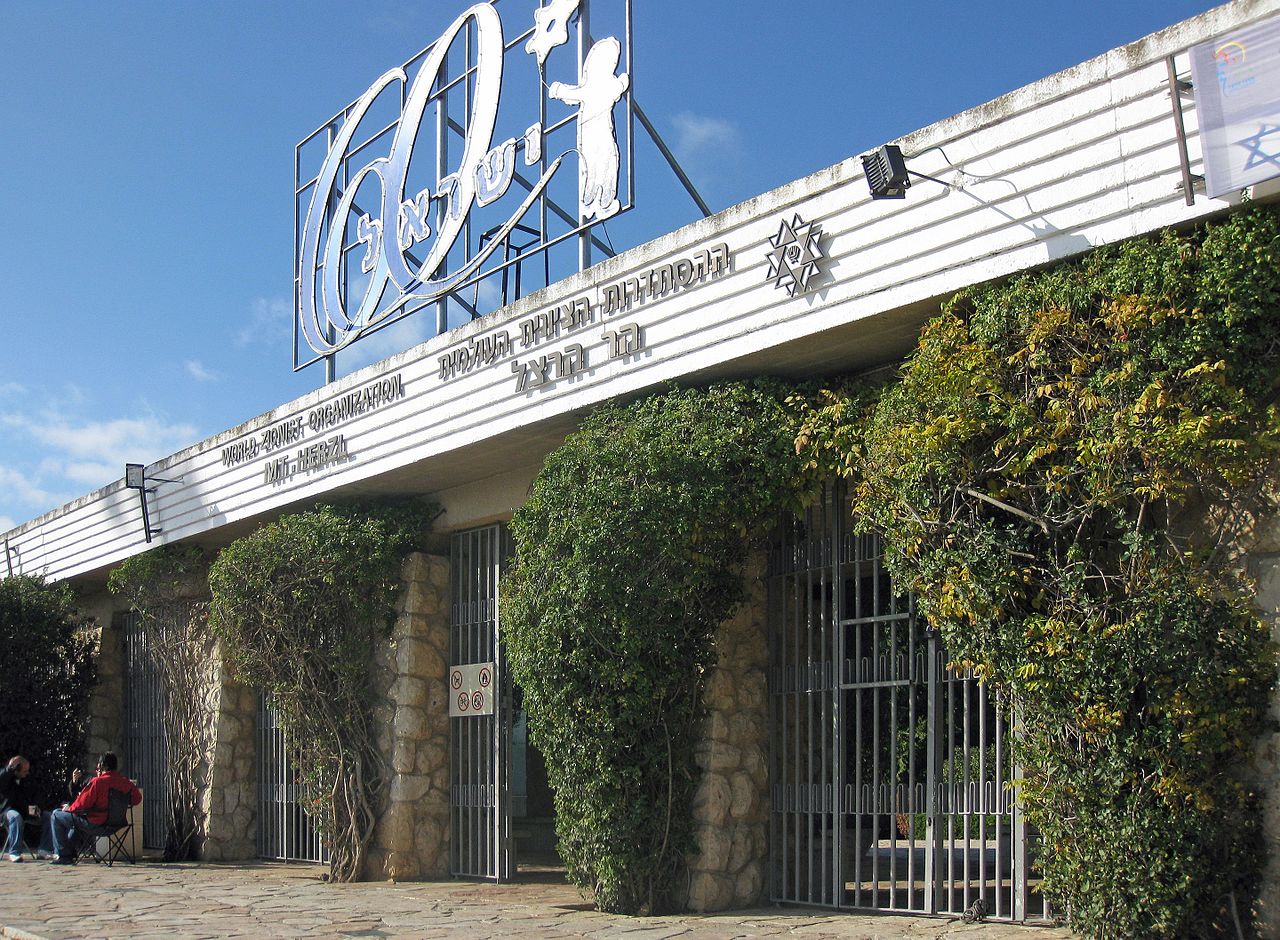 Israel’s national cemetery is on the northern slopes of Mount Herzl in Jerusalem between the Jerusalem Forest and Yad VaShem Holocaust Museum on the western slope. The cemetery is where the country’s greatest leaders and military dead are buried. The mount is named after Binyamin Ze’ev (Theodor) Herzl, founder of modern Zionism, who is entombed on the crest of the hill. Mount Herzl is also called Mount of Remembrance and is the venue for Israel’s national memorial services held on Remembrance Day and other commemorative events.

Creation of the Mount of Remembrance

In August 1949 Herzl’s remains were brought from Vienna and re-interred on a hill facing the Mount of Olives in Jerusalem. The mount was renamed Mount Herzl in his honor and fallen soldiers from the 1947-1949 War of Independence (Palestine War) were buried on the northern slope. The same year military leaders met to discuss the site of a national cemetery. Hungarian architect Asher Hiram won the tender to design a new national cemetery and together with a landscape gardener, Haim Giladi, he created a beautiful and dramatic site spread out over 25 acres.

At the entrance to the cemetery, heavy metal doors remain open at all times and lead to a 250m-long path lined by cedar trees. The graves are all the same, regardless of the deceased’s age or rank. Each grave is 30 centimeters high, with a stone border and covered with a bed of rosemary. The stone features added by Hiram are softened by Giladi’s garden plan that includes hundreds of cedar, pine, and cypress trees, ivy, and bursts of color from petunias, geraniums, chamomile, lavender, snapdragons, and roses. The central path leads to a memorial honoring the 140 men Jewish soldiers who died on SS Erinpura in WWII. The Erinpura memorial is a shallow pool shaped like a ship with the names of the fallen inscribed on the floor of the pool.

Herzl’s tomb is a large, solid black granite stone square inscribed with his name. Herzl’s will included the request to be buried in Eretz Israel together with his family. In 2006 the remains of Herzl’s daughter Pauline and his son, Hans were moved to Mount Herzl. A third daughter died in the Holocaust and her final resting place is unknown.  Herzl’s parents and sister are buried beside his tomb. The adjacent Stephen Norman Park is dedicated to Herzl’s grandson.

Graves and Memorials on Mount Herzl

Among the 3,400 graves are those of many brave soldiers who died in the line of duty as well as prestigious leaders buried in the Great Leaders of the Nation plot. The plot holds Israeli prime ministers Golda Meir, Levi Eshkol, Yitzhak Shamir, Shimon Peres, and prime minister Yitzhak Rabin. Several Israeli presidents are also buried in this section of the cemetery including Chaim Herzog. Other distinguished leaders buried here include members of the Israeli parliament; Ze’ev Jabotinsky and the iconic Jerusalem mayor Teddy Kollek. One of the cemetery plots is reserved for graves of members of the World Zionist Organization.

Memorials in the Herzl Cemetery include the Victims of Acts of Terror Memorial; a memorial to Jewish underground fighters; a memorial to the last of kin of Holocaust survivors who died serving in the Israeli army and a memorial to Ethiopian Jewish immigrants. A garden honors soldiers missing in action. Each plot in the cemetery is dedicated to a category of fighters including those that lost their lives in WWII, the Six-Day War, Lebanon War, Christian, Druze, and Muslim IDF soldiers, and more. Each grave tells a tragic story of immense heroism and a walk through Herzl Cemetery is a testament to the price paid by the Jewish people for their homeland.