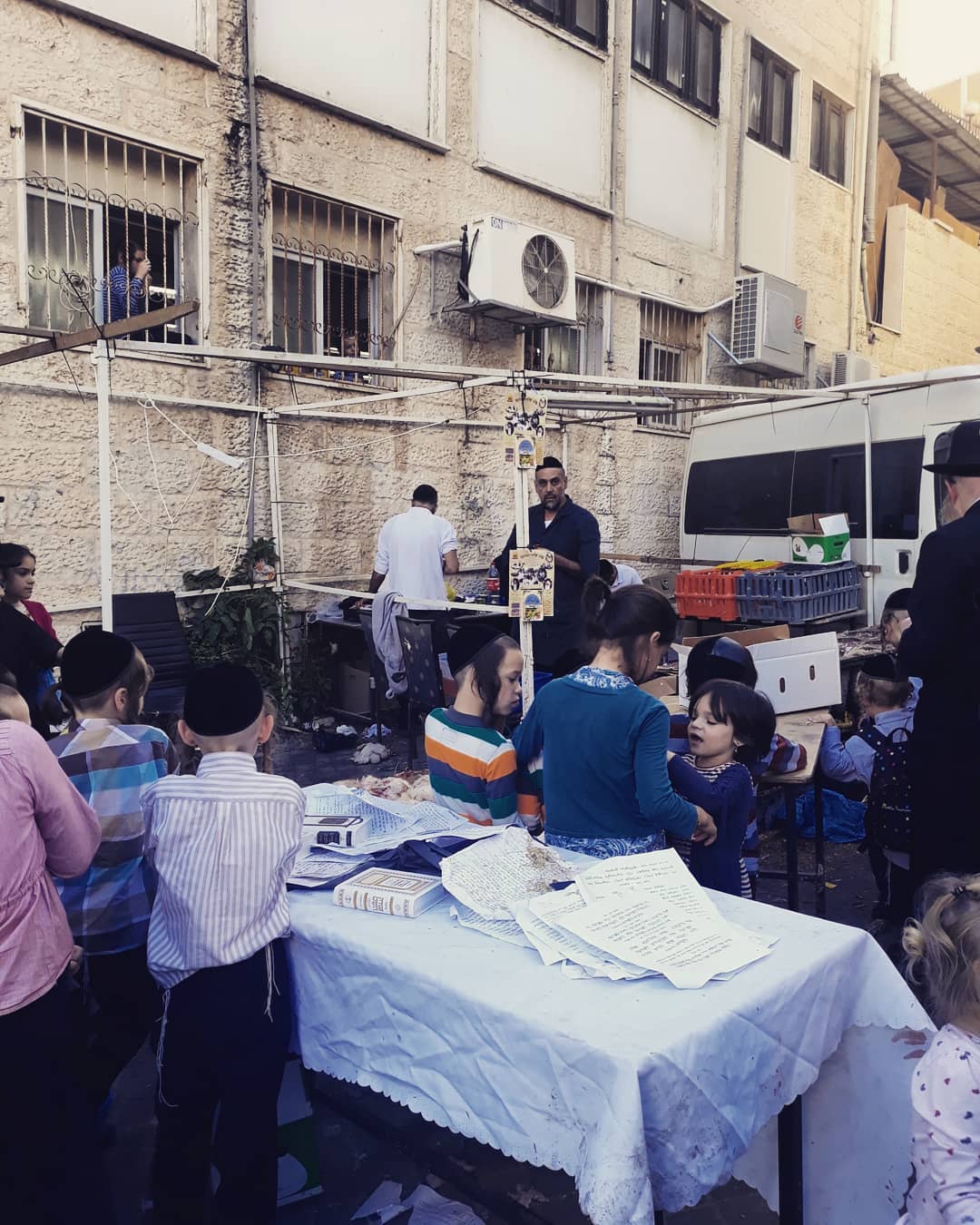 Israel is a melting pot of cultures, religions, and sects, including the ultra-orthodox Jews (Haredi) of the Me’a She’arim neighborhood. This unique community lives according to traditional Jewish laws as their ancestors did in Eastern European villages a hundred years ago. Me’a She’arim (literally a hundred gates, contextually “hundredfold”) gets its name from a Biblical passage. The narrow streets of Me’a She’arim are fascinating, but the most interesting thing about the neighborhood is undoubtedly the people.

In 1874, a group of like-minded Hasidim (a sub-group within the Haredi community) pooled their resources to buy land outside the Old City walls. They asked architect Conrad Schick to design a closed neighborhood. He planned attached courtyard homes and a wall that encloses the community. There were only two entrances to the neighborhood and these were locked at night. The Haredim wanted a sense of security and a place to live according to their beliefs, undisturbed by the outside world. As Rabbinical leaders settled here, their followers joined them. Time has stood still in Me’a She’arim. It has been an exclusively ultra-orthodox neighborhood for almost 150 years.

Who are the Haredim?

The Haredim community came about in the 1700s-1800s when emancipation and assimilation into the gentile world posed a threat to traditional Jewish life in Europe. The Hasidic spiritual revival movement of the 18th century sought to live according to strict religious laws, taken from the Bible and sacred writings. These laws go into minute detail covering every aspect of life from how to dress, and what to eat, to how to behave, and what to study. There are many groups of Haredi Jews, each loyal to a Rabbi that acts as a spiritual leader. Men often study Torah full-time while the women work and provide the household income. The ultra-Orthodox prefer to associate with members of their community and try to avoid being influenced by the outside world. They avoid the Internet and secular media. Hasidic Jews prefer to speak Yiddish, as they believe Hebrew should only be used for religious purposes.

The streets of Me’a She’arim have traditional bakeries; Judaica stores; clothing stores selling only modest items; book stores selling only religious books and food stores where all products are strictly kosher. There are many synagogues, some no bigger than a small room, and street charity boxes for the needy. One of the most distinctive features of the Me’a She’arim neighborhood is the way residents dress. The different Haredi traditions each have a distinct style of clothing. But the standard mode of dress for Haredi men is a black suit and a white shirt, with a head covering, (a black Fedora, Homburg hat, Shtreimel, or skullcap). Haredi women wear dark loose-fitting dresses or skirts, with long sleeves and high necklines, as well as stockings in all weather. Married women wear either a wig or head covering, and sometimes even both. On the walls of Me’a She’arim are signs asking visitors to dress modestly when passing through-closed blouse, with long sleeves, long skirt, no trousers, and no tight-fitting clothes. In Me’a She’arim there is no driving, no smoking, no use of mobile phones, and no use of electricity on Shabbat and religious holidays.

Visits to Me’a She’arim must be in small groups to avoid disrupting the unique way of life. The residents are not keen on non-members of their close-knit community entering their enclave. When visiting, it is important to dress modestly, males and females should not touch in public, and you should refrain from using your phone. That said, a visit to Me’a She’arim should not be missed and offers a glimpse into the world of ultra-orthodox Jewish life.