The Western Wall stands in the Jewish Quarter of Jerusalem’s Old City. The Kotel, also known as the Western Wall and the Wailing Wall is a surviving small section of the retaining wall constructed under Herod the Great as part of expansions made to the Jewish Second Temple (516 BC-70 AD). The original wall would have encased the natural hill known today as Temple Mount (Mount Moriah) where the Temple stood.

The Western Wall over the Years

The Temple Mount was and is the most sacred Jewish site in the world. It was on the Mount that Adam was created and where Abraham bound his son Isaac in offering to God. It was also on Temple Mount that the First Holy Temple was built by Solomon in 957 BC and destroyed by Babylonian King Nebuchadnezzar in 586 BC. Not long after that in 516 BC the Second Holy Temple was built on the same site and was destroyed in 70 AD by the Romans during a Jewish uprising.

The Romans completely destroyed the Second Temple including the surrounding buildings and walls. The Temple ruins were hidden for centuries underneath the rubble and new structures were built on top of the broken remains. Only one small section of the outer retaining wall remained above ground and untouched. That 485-meter section of wall is sacred to Jews who see it as a connection with the Holy Temple Mount. Over the years the wall has fallen under the jurisdiction of many rulers but the Jews have maintained their connection to Temple Mount and the wall. It is called the Wailing Wall as Jews weep for the destroyed Temple.

Through the centuries and until the end of the British Mandate in 1948 Jews were not allowed to pray freely at the Western Wall. Between 1948 and 1967 no Jews were allowed into the Jordanian-controlled Old City so for nineteen years no Jews visited the Western Wall. Following the Six Day War Jerusalem was unification and the Jews had unhindered access to the Kotel for the first time.

Today Jews and non-Jews alike visit the Western Wall which has been made accessible to all by the addition of an expansive area in front of the Kotel. It is traditional to place a prayer note with your private message to God between the ancient stones of the Wall. Other traditions include dressing modestly when visiting the Kotel and separate prayer areas for men and women.

Mondays and Thursdays are particularly joyous at the Kotel as young boys from all over Israel and the world celebrate their Bar Mitzvah and read from the Torah for the first time at the Kotel. If you want to see more of the Western Wall it is possible to go beneath the ground and follow the excavated continuation of the Wall through the Western Wall Tunnel. 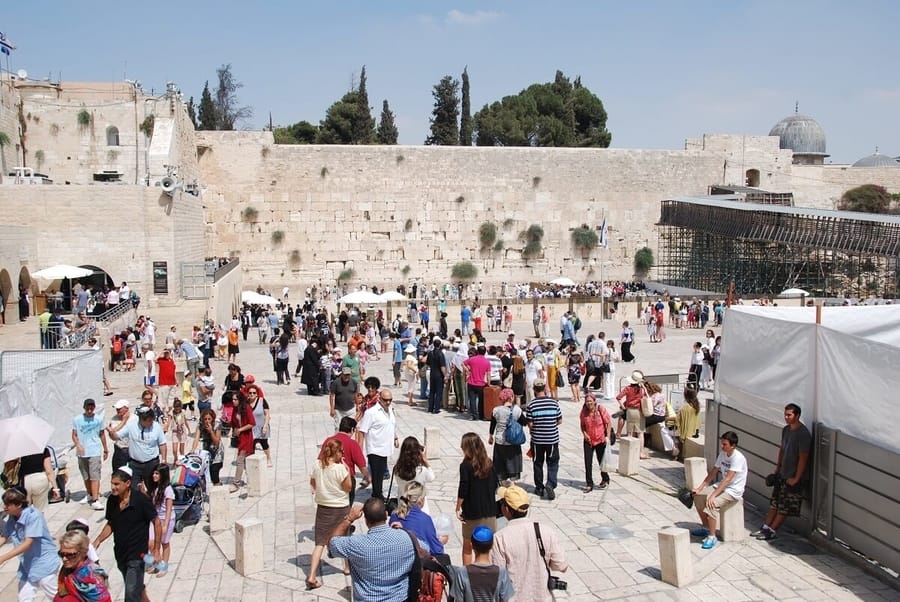