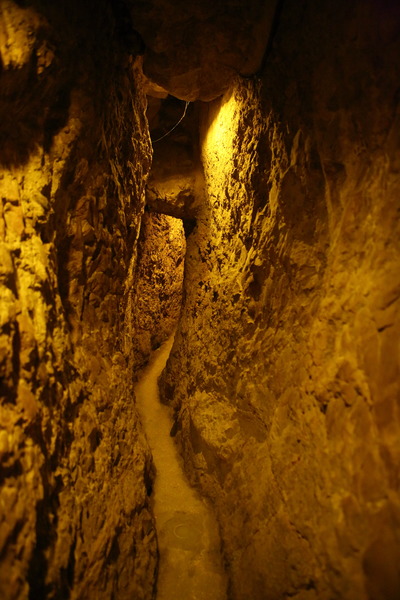 The Gihon Spring, also known as the Fountain of the Virgin and Saint Mary’s Pool originates in the Kidron Valley, just outside Jerusalem’s Old City walls. Thousands of years ago settlers relied on the spring for water and irrigation. The flow of water from Gihon Spring is intermittent (the current fluctuates), and so early settlers created the Pool of Siloam on the southern slope of the original City of David where water could accumulate for use when the spring was dry.

If you’re interested in seeing the Gihon Spring you can visit the City of David National Park, hike through ancient water channels, and see the remains of three different pools from three different eras, the Upper Siloam Pool, Lower Pool, and the Byzantine pool.

The History of Gihon Spring

Upper Pool of Siloam - Man’s use of the Gihon Spring can be traced back to the Canaanites (Mid-Bronze Age, c.1800-1700 BC) who diverted the flow of water through channels dug 20ft (6m) deep, then covered the channel with slabs of stone. The water flowed to the southern end of the City of David and collected in the Upper Pool of Siloam.

In the late 20th century excavations revealed a Canaanite Era fortified passage leading from the ancient city’s location to the Gihon Spring where a fortified tower stood above the spring. This would allow residents to safely reach the spring to draw water, without being exposed to enemy attacks. In the Israelite Period (Bronze Age) a system of tunnels brought water from the spring to the city’s Well Gate where Jerusalem residents could collect water without having to leave the city walls.

Lower Pool of Siloam - The spring features in the biblical Book of Kings as the site where Solomon was crowned King of Israel. In the Book of Chronicles, we learn that during the reign of King Hezekiah, the city was threatened by the King of Assyria. Hezekiah prepared for a possible attack by reinforcing the city.

In addition, he redirected the spring from the vulnerable Canaanite surface channel to an underground hewn tunnel known as the Siloam Tunnel or Hezekiah’s Tunnel. This underground channel brought water to the newly constructed Siloam Pool (Lower Pool) making it possible for residents to safely access water from the pool without leaving the city walls.

From an inscription on the tunnel wall, we learn that Hezekiah’s Tunnel was dug from both ends, meeting in the middle. The Assyrian attack came in 701 BC, and Hezekiah’s city was held under siege but the siege failed. Throughout the siege, those within the city had water from the spring. Some time in the 1st-century BC the Siloam Pool was reconstructed and remained in use through the Second Temple Period. In the New Testament, the Pool of Siloam is mentioned as the site of Christ’s miracle where he healed a blind man (John 9). After 70AD the pool was destroyed.

Byzantine Pool - In the Byzantine Era, Empress Aelia Eudocia ordered the construction of a pool at the end of Hezekiah’s Tunnel, about 64m from the Second Temple Period Lower Pool. Prior to extensive archaeological excavations, the Byzantine pool was thought to be the Lower Pool. The Byzantine Pool is still visited by pilgrims and hikers at the end of the walkthrough of Hezekiah’s Tunnel. It is a pool surrounded by four walls with a steep staircase leading down to the water.

Today Gihon Spring is within the City of David National Park where you can also see the excavated remains of the original city of Jerusalem. It is possible to walk through Hezekiah’s underground tunnel to the Byzantine pool. The walk is in knee-deep water, and is not recommended if you’re claustrophobic! 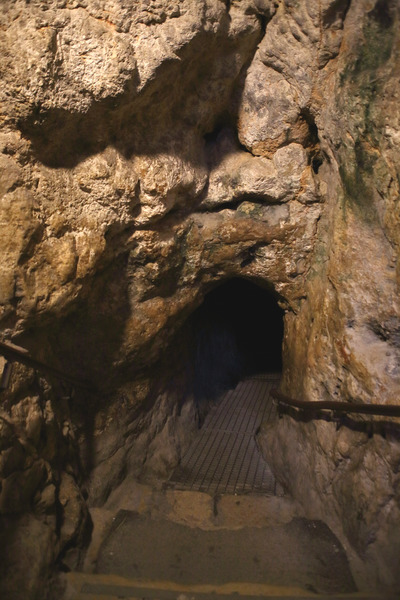