Constructed by King Herod the Great in 40 BCE, the Herodion National Park is an impressive archaeological site, containing the remains of both a palace-fortress and a small town. Known as the “Mountain of Franks” and “Jabal al-Fourdis,” the palace was built on the edge of a desert after the adjacent mountain had been partially destroyed by Herod’s army. This meant that his fortress was the highest in the area and therefore a safe place by which to protect the valley and his kingdom.

Herod was a master builder and filled the area with beautiful gardens, extravagant living quarters and heavily fortified ramparts. When the Jews rebelled against the Romans in 66 CE, they moved to the palace and built a ritual bath (“mikvah” in Hebrew).  After the destruction of Jerusalem’s Second Temple, it became a place of refuge for them. Conquered and destroyed by the Roman Army in 70 CE, today the Herodion remains a sight to behold.

The palace itself consisted of four watchtowers, large courtyards, a banqueting area, a Roman theatre, and a large bathhouse. With its cold, warm and hot rooms (some lined with mosaics and frescoes) the bathhouse served as an important part of daily life and its dome remains in reasonable condition today, after 2,000 years of wars and earthquakes. The synagogue at Herodion - which archaeologists believe was built out of a dining area - Herodion is considered to be one of the oldest in the region.

In 2007, Herod’s mausoleum was discovered on the eastern slope of the Herodium by Professor Ehud Netzer. Inside was a broken sarcophagus, decorated urns, and some impressively wide steps. The find was initially hailed as a revelation although, today, it is questioned as to whether the tomb actually belonged to Herod.

Additionally, visitors can walk through the remains of a complex underground system which includes escape tunnels and water tunnels from the time of the Bar Kokhba Revolt. The park is located east of Bethlehem and close to the Tekoa Junction and the standard entrance fee is 29 NIS. The site can also be visited as part of the Jerusalem & Bethlehem private tour.

A visit to the Herodion National Park involves a substantial amount of climbing stairs and is not accessible for the disabled.  Visitors should wear sturdy shoes and bring plenty of water. The excavations are a work in progress and it is a truly marvelous place to visit if you enjoy history and stunning views. 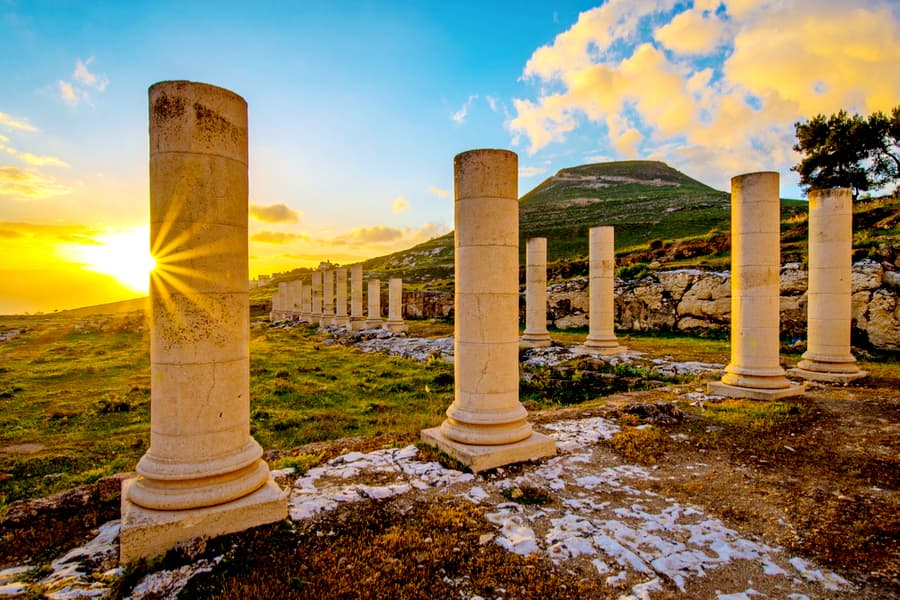