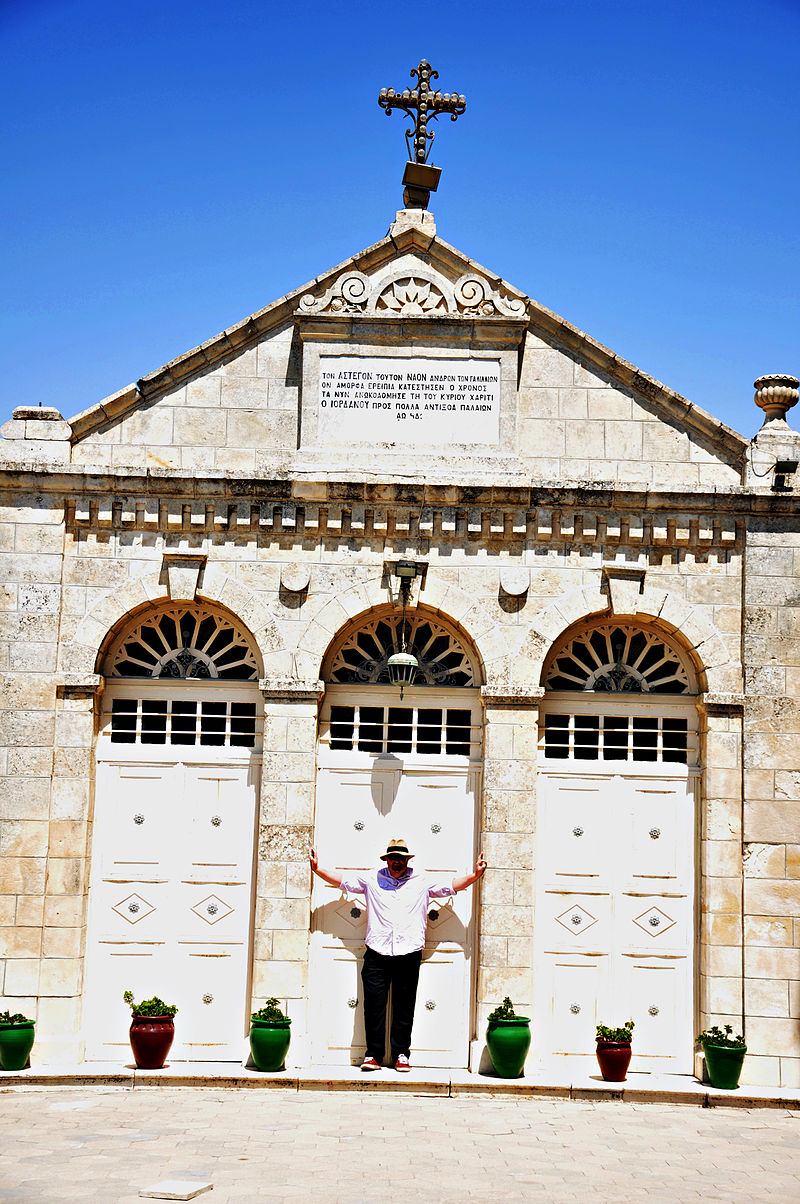 Viri Galilaei Church is one of the lesser-known churches on the Mount of Olives in Jerusalem. It is on the grounds of the Little Galilee Monastery which stands on the northern peak, in East Jerusalem. The monastery complex and church are part of the Greek Orthodox Patriarchate’s private residence. And as such, the site is not open to the public.

Viri Galilaei means “men of Galilee” in Latin and comes from a passage in Acts 1:11. In this biblical story two men dressed in white approach the apostles after Christ’s ascension. They ask the apostles why they are looking up to heaven and tell them that when Christ returns it will be in the same way they have seen him go.