Running underneath the Western Wall (‘Kotel’ in Hebrew), the Western Wall Tunnels are a complex network of underground passageways stretching for 488 meters. They run from the traditional open-air prayer site of the area (which only measures 70 meters) all the way to its northern end.

The history of the tunnels dates back to 19 BCE when King Herod the Great decided to expand the Temple Mount.  After flattening a hillside plateau, he enclosed it with four stone walls - these are what remain, today, of the Western Wall. When it was built, however, it was imperative that it maintain its weight - which meant a substantial amount of it needed to be erected underground.

The tunnels were first discovered in the 1860s by British archaeologists Warren and Wilson.  Excavations revealed that they were supported by a number of arches as well as containing stairways that linked the Temple Mount with the Old City of Jerusalem.  The excavations resumed again after the Six-Day War and continue today, with new artifacts, coins, and pottery being discovered on a regular basis.

Walking through the tunnels, it is possible to see ancient cisterns, an aqueduct from Hasmonean times, water pits, a small quarry, and Second Temple-era homes.  Many of the pillars are enormous - the stonemasons of that time were expert craftsmen and could chisel huge blocks. The largest of these is the Western Stone, which is a staggering 13 meters long and weighs a staggering 520 metric tonnes.

The ‘Hidden Passageway’ runs from east to west and is believed to have been the route King David used to travel from the Jaffa Gate to the Temple Mount, to pray. Close by is the ‘Great Bridge’ where the Priests of Jerusalem (‘Kohanim’) walked.  Before ascending to the Temple Mount to pray, they would immerse themselves in one of the many ritual baths in the vicinity, in order to purify themselves before.  Today, the glass floor of this area lets visitors look through and see stairs running down to one of these baths.

Not far from there is for ‘Warren’s Gate’ which was once a small and secret entrance to a building where Jews were allowed to pray. Three years ago, in 2017, a small synagogue with low-arched ceilings was opened in the same spot. According to the Western Wall Heritage Foundation, it is open to anyone who wishes to “study and connect.” Finally, there is the Hasmonean Water Channel - dating back 2,000 years - which delivered water to Jerusalem from Hebron. This passes through the Struthion Pool, a large cistern located underneath the Convent of the Sisters of Zion.

Visits to the Western Wall Tunnel can only be made as part of a guided tour. 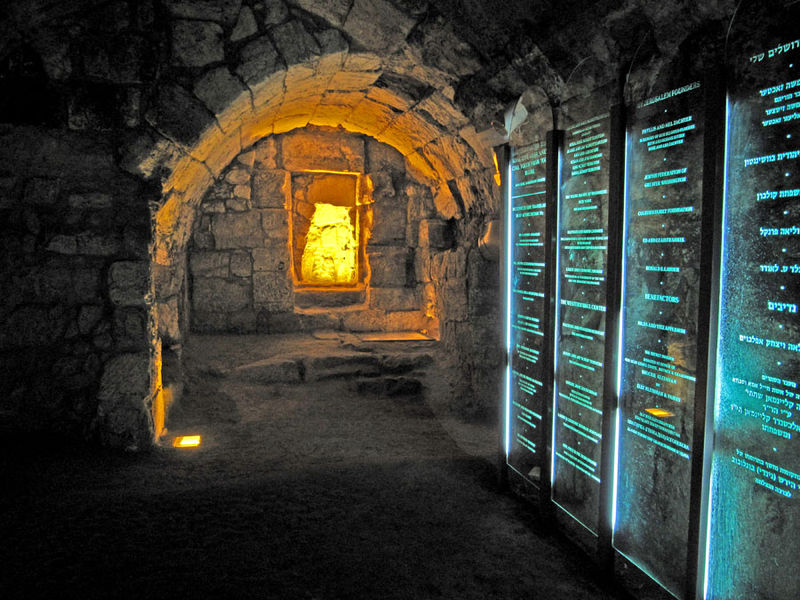