Notre Dame de Sion (also called Ecce Home Convent of the Sisters of Zion) lies within the Old City of Jerusalem towards the eastern end of the Via Dolorosa. The Crusaders identified the site as the beginning of the Via Dolorosa, the path Jesus took bearing his cross from his judgment by Pilate to his crucifixion at Calvary. It was here that Jesus was condemned to death. In John 19:5 the place is described as being where Jesus was given his crown of thorns and a purple robe as Pilate announced to the crown “Behold the man.” Today the site lies on one of the stone-paved lanes through the Old City flanked by stone houses pretty much as it would have been when Jesus followed his Path of Sorrow.

The Notre Dame de Sion was built in 1857 on earlier Roman ruins. The preserved Roman ruins include an ancient cistern (the Struthion Pool) built during the 2nd century BC to provide water to Temple Mount. Under Herod the Great (c.30BC) the cistern was partially destroyed and incorporated into a moat around the nearby Antonia Fortress. A hundred years later Hadrian had the reservoir of water covered with a vaulted ceiling and restored it to its original function. Part of the cistern remains beneath the Notre Dame de Sion.

At the same site there are flagstones known as Lithostratos (Greek for pavement) where the Roman “Game of Kings” was carved into the paving. Roman soldiers played the game with dice and used the paving as their board game as they stood guard. Above the lane is the elegant Ecce Homo Arch that dates back to Hadrian’s rule (c.135AD). The arch begins above the Via Dolorosa and continues into the convent complex. 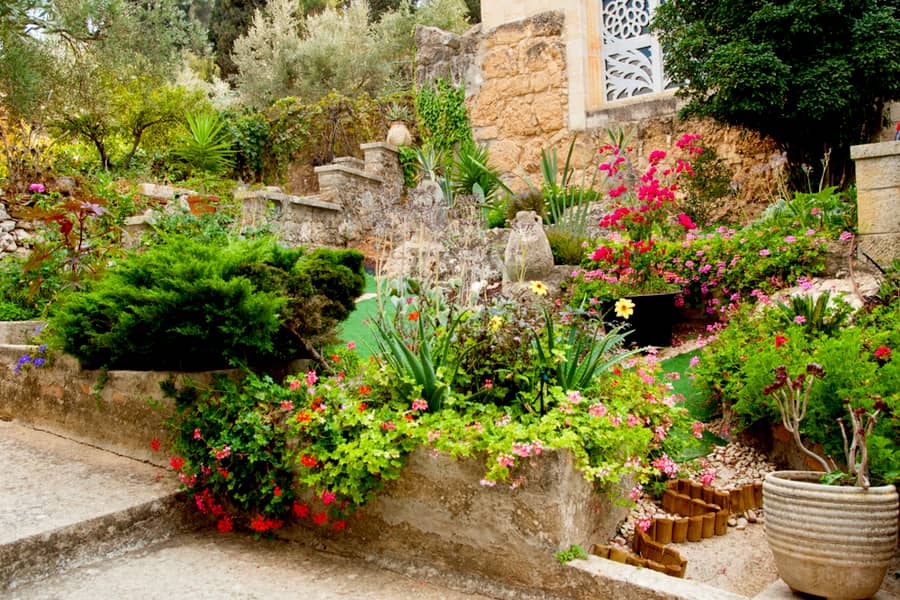