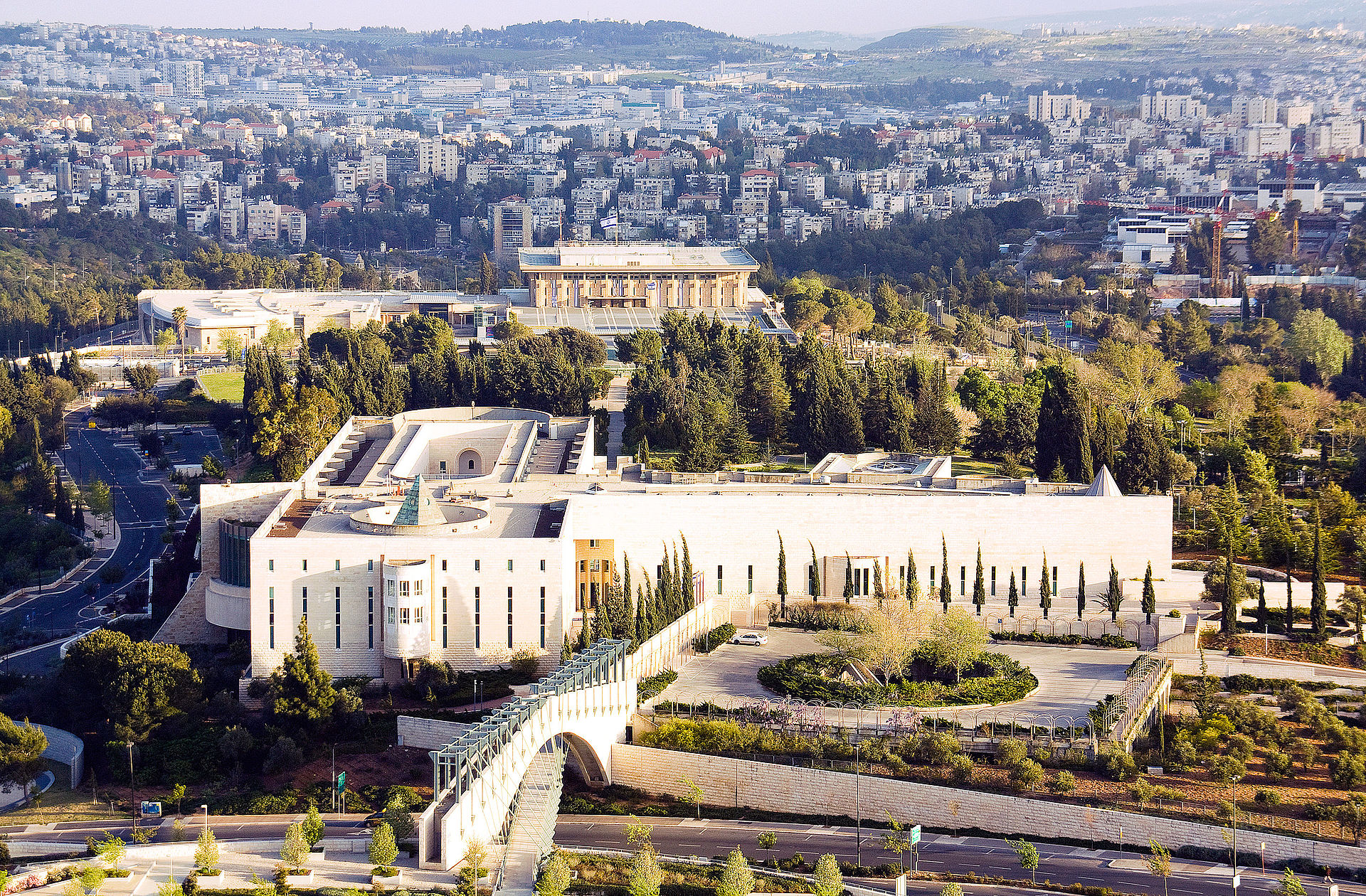 The Supreme Court building is loved by some and hated by others! The courthouse has three main buildings: a rectangular administrative wing where the judges’ chambers surround a cloistered courtyard; a building with five courtrooms, each extending out of the main hall and a square library building with a round courtyard and pyramid-shaped antechamber or “gatehouse.” The blend of architectural styles gives a nod to several periods in Jerusalem’s history. For example, the copper-clad pyramid roof of the entrance was inspired by the pyramid-shaped roof of the Tomb of Zechariah in the Kidron Valley. Visitors entering the court pass a wall of unhewn stone reminiscent of the buildings of ancient Jerusalem. A curved panoramic window lets in natural light and offers views of the city, including one of the oldest neighborhoods, Nachla’ot. The many windows and glass walls let in natural light, but also symbolize enlightenment and transparency. The Supreme Court building has a mix of contrasts–light and shade, narrow and wide, round and square, open spaces and closed.

The Supreme Court Museum presents the history of the Israeli judicial system. It covers the judiciary system in Israel under Ottoman rule, the British Mandate, and the State of Israel. The museum looks at the legal system and changing society during these historic periods. The museum also covers precedent-setting judgments since the establishment of the State of Israel. There are sections on human rights judgments, judicial disputes, and the law system. A video presentation explains the inner workings of the Israeli justice system. Of special interest is the reference to the unique character of the State of Israel as both a Jewish state and a democracy.