Within Jerusalem Old City’s Jewish Quarter there is a complex of four Sephardi Synagogues each built at a different time and for different communities. In 1589 the Ottomans closed the Ramban Synagogue leaving Sephardi Jews (Jews from the Iberian Peninsula) with no place of worship. Until the four Sephardi synagogues were constructed between the 16th and 18th centuries. During the 1948 Arab-Israeli War the Jewish Quarter fell to the Jordanians. Under Jordanian occupation, the synagogues were left to deteriorate and used as stables. Following the Six Day War in 1967 the synagogues were restored and once again used for prayer.

This synagogue stands on the site of the Rabban Yochanan ben Zakai Beit Midrash. He was responsible for establishing the Sanhedrin in Yavneh in 70 AD. The building was constructed on land below street level in abidance with the Ottoman law that no Jewish place of worship would be higher than any mosque. The synagogue was the seat of the Chief Sephardi Rabbi during the Ottoman and British eras and was used for the inauguration of the Sephardic Chief Rabbi of Israel.

In the 18th century, a group of Turkish Jews began using a building alongside the Yochanan ben Zakai Synagogue as their place of worship. Over the years more Eastern European Jews joined their congregation. A plaque commemorating the restoration of the synagogue in 1836 can be seen at the entrance.  It is the largest of the four Sephardi synagogues and today is used by a community of Spanish and Portuguese Jews.

This synagogue was constructed in the 16th century and is the oldest of the four synagogues. Today the synagogue is mainly used as a Beit Midrash (place of Torah study). Since the 18th century, the synagogue has been used by an Ashkenazi congregation.

The Emtsai Synagogue (Middle Synagogue) is the smallest of the four synagogues. Its location at the center of the complex was originally the Yohanan ben Zakai Synagogue courtyard. In the 18th century, the courtyard was given a roof and converted into an official synagogue. 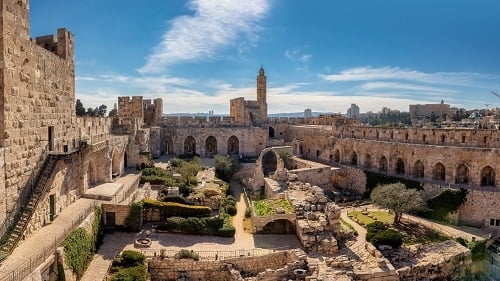 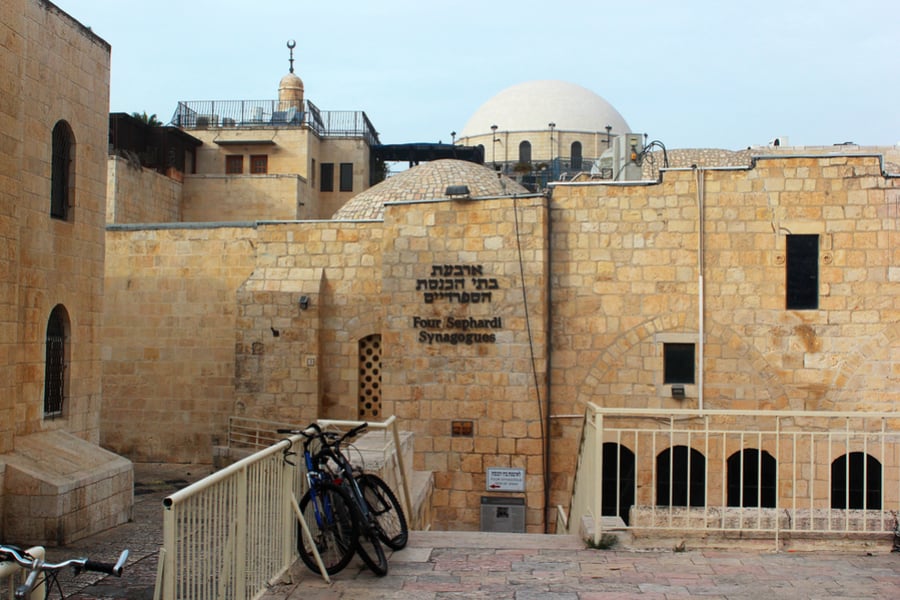