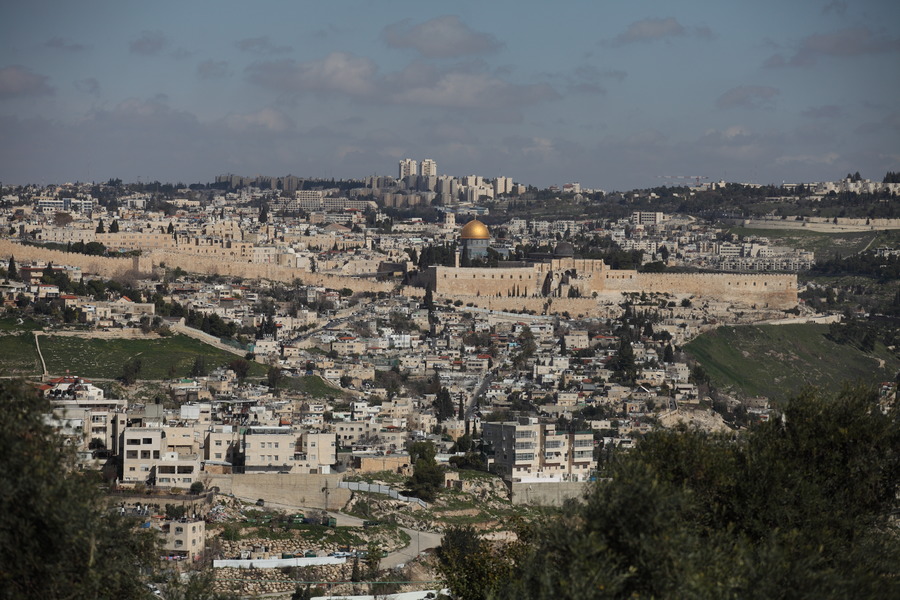 For that perfect shot of Jerusalem’s skyline, with the dazzling golden Dome of the Rock, church steeples, and domed roofs, there is no better place than Haas Promenade. The scenic lookout point at Haas Promenade (Tayelet Haas in Hebrew) is on the edge of the Peace Forest. It overlooks Jerusalem from the south and runs for 1,300 feet (396m). From this elevated position, you can see the Mount of Olives, Mount Scopus, and the Old City.

The promenade connects the Goldman Promenade in the east to the Sherover Promenade in the northwest, making a continuous path with sweeping views in several directions. Together the three promenades are known as Armon Hanatziv Promenade. Most guided tours of Jerusalem start at the Haas Promenade, to give visitors a photo op they will never forget. Like most places in Jerusalem, the promenade location is steeped in history.

The Haas Promenade is on a high ridge which may be the place mentioned in Genesis 22:4-5. Tradition holds that Abraham stood here and looked out over Mount Moriah (Temple Mount) where he was to bind his son Isaac. Herod the Great built an aqueduct that carried water from Solomon’s Pools to Jerusalem. Part of the aqueduct arches has been incorporated into a portion of the promenade design.

In the 1930s the British High Commissioner had his residence here in an area now called Armon Hanetziv (Commissioner’s Palace). In 1948 the British handed the residence over to the Red Cross. Following the 1948 War of Independence, the area was a no man’s land. In the 1967 Six-Day War, the Israelis pushed back Jordanian forces, and Jerusalem was liberated including Armon Hanetziv. Today the commissioner’s residence is the headquarters of the UN in the Middle East.

The promenade was created in 1987, and funded by the Haas family. It was named after Walter and Elise Haas. Landscape architects Lawrence Halpin and Shlomo Aronson planned the beautiful site using Jerusalem stone. The Peace Forest was planted after the 1967 war and slopes down the ridge from the promenade. Since then, the Israeli government plants a tree in the forest for every child born in Jerusalem. Haas Promenade is also the traditional site of the annual Ethiopian Jewish celebration of Sigd.

At the promenade, you can rest under shady trees in landscaped gardens as you take in the view of Jerusalem at your feet. Among the sites you will see in the distance are the City of David, Temple Mount with the Dome of the Rock, the white dome of the Hurva Synagogue, the spire of Augusta Victoria Hospital on the Mount of Olives, and in the distance, the Hebrew University on Mount Scopus.

Further along, there are views of the other side of the Old City. This direction looks out on Mount Zion and modern landmarks like the tower of Jerusalem’s YMCA building and the famous King David Hotel. Haas Promenade is the ideal place to start any visit to the City of Gold. 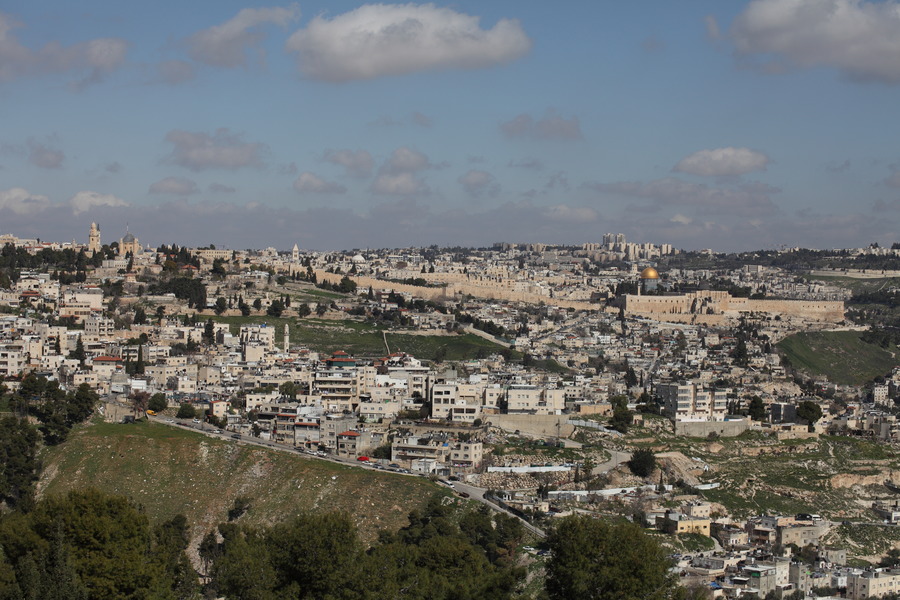