Jerusalem’s Old City is divided into four quarters - the Christian, Jewish, Armenian and Muslim Quarters. The Muslim Quarter lies in the northeastern corner of the Old City and covers 77 acres. It is the largest of the four quarters and the most populated with approximately 22,000 predominantly Muslim residents. Three of the Old City’s gates in the surrounding city walls open up to the Muslim Quarter, they are the Damascus Gate (1542); Herod’s Gate (Flower Gate) and Lions’ Gate (St. Stephen’s Gate). The Golden Gate is a sealed gate that leads directly to Temple Mount.

Landmarks of the Muslim Quarter

Within the Muslim Quarter is the large open plaza of Temple Mount where the Jewish Holy Temple stood until 70 AD and where the Al-Aqsa Mosque; Dome of the Rock and Dome of the Chain now stand. Access to Temple Mount is often limited due to security issues but it is the heart of Muslim religious life in Jerusalem. The Al-Aqsa Mosque is believed to be the mosque referred to in the Koran when Muhammad was transported from Mecca to “the most distant mosque” in the Night Journey.

Christian sites in the Muslim Quarter include the first seven Stations of the Cross along the Via Dolorosa, the route Jesus took through the Old City bearing his cross to his crucifixion. The Muslim Quarter is also home to the Church of St. Anne’s that marks the former family home of Anne and Joachim, Mary’s parents.

The Muslim Quarter market is a street bazaar that covers a network of narrow lanes. This colorful and fascinating market has been around for thousands of years. Here you can find clothing, household goods, traditional musical instruments, religious artifacts, food, spices, meat and vegetables. 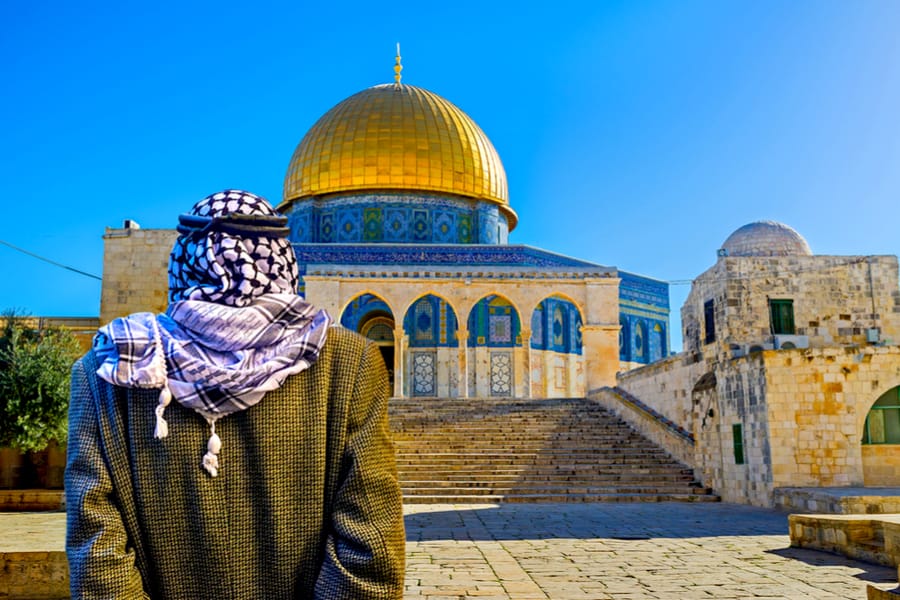