The Jewish calendar has a surprising number of holidays and they are observed today in Israel in a wide variety of ways. Whilst some of the population are more observant of religious tradition than others, there is a cultural element even to the most solemn holidays and, across Israel, you will find families and communities coming together to celebrate them in their own different ways. 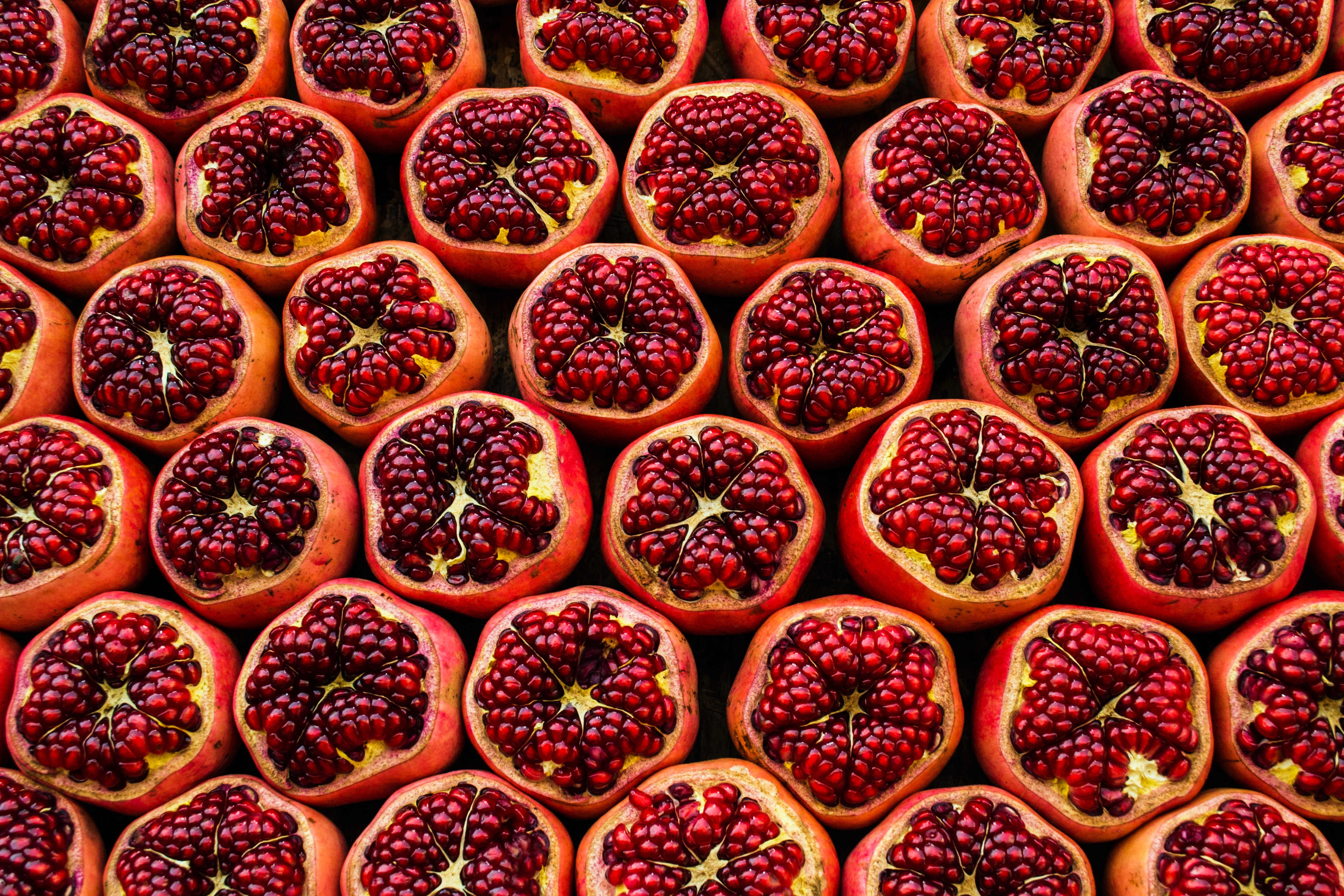 In the Home, in Schools and in the Street….Celebrations!

Holidays in Israel aren’t just celebrated in the synagogues either - in the home, families raise glasses to them, in schools children learn about them and in the streets, people dance to celebrate them. Such holidays are woven into the fabric of everyday life, and it’s worth remembering that many of them have been practiced for over 2,000 years!  Each one has its own traditions and special quirks and here’s a short overview of what they are, when they happen, and why Israelis love them so much…

Shabbat, the Day of Rest

The Jewish Shabbat is celebrated weekly and always begins on a Friday night (when dusk falls). It is just as important as any other holy day in the festival calendar and, many argue, the cornerstone of Jewish tradition. Jews who observe Shabbat diligently will not use electricity, write, travel other than by foot, and will spend the day at prayer, eating celebratory meals (including the famous Friday night dinner), and resting. The Jewish Shabbat, as a tradition, is observed in homes across Israel (whether religious or not) with families coming together to catch up after their hectic weeks. If you are invited to one, you are sure to enjoy it. 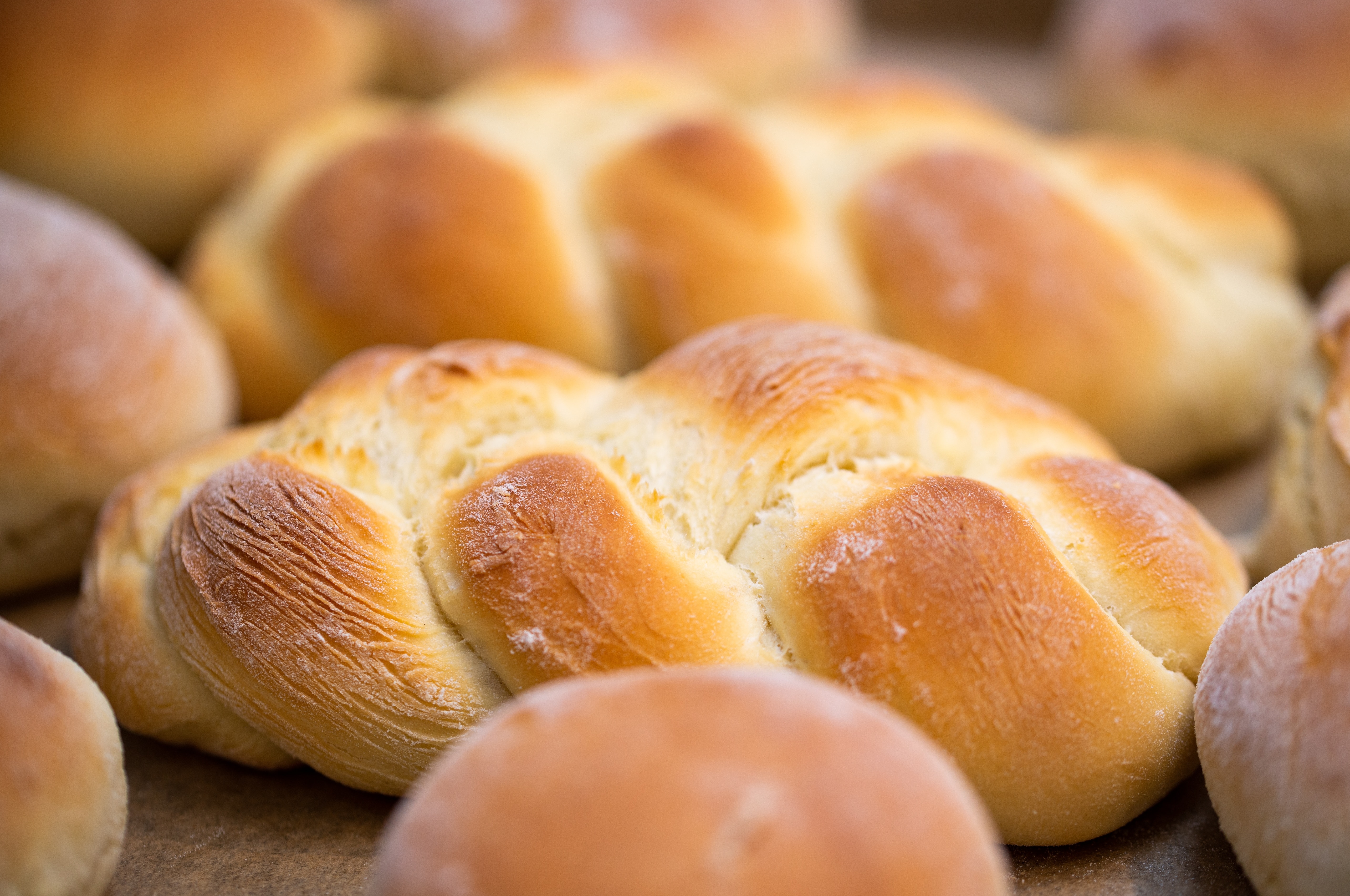 Rosh Hashanah (in Hebrew, literally, ‘Head of the Year’) celebrates the Jewish New Year and is a joyous festival. The festivities include prayers at synagogue (where a shofar - ram’s horn - is blown), a large meal (including challah bread and apples dipped in honey - to symbolize the hope for a sweet new year), and - in Israel - the exchanging of gifts.

The ancient ceremony of ‘tashlich’ is carried out on the first afternoon - it is traditional to go to the sea, or any body of water, and throw breadcrumbs or pebbles in - this symbolizes the ‘casting away’ of one’s sins. For religious Jews, all of this is a chance for ‘spiritual renewal and great contemplation. Indeed, the days beginning with Rosh Hashanah and culminating in Yom Kippur (see below) are known in Hebrew as the ‘Yamim Noraim’ - the Days of Awe. 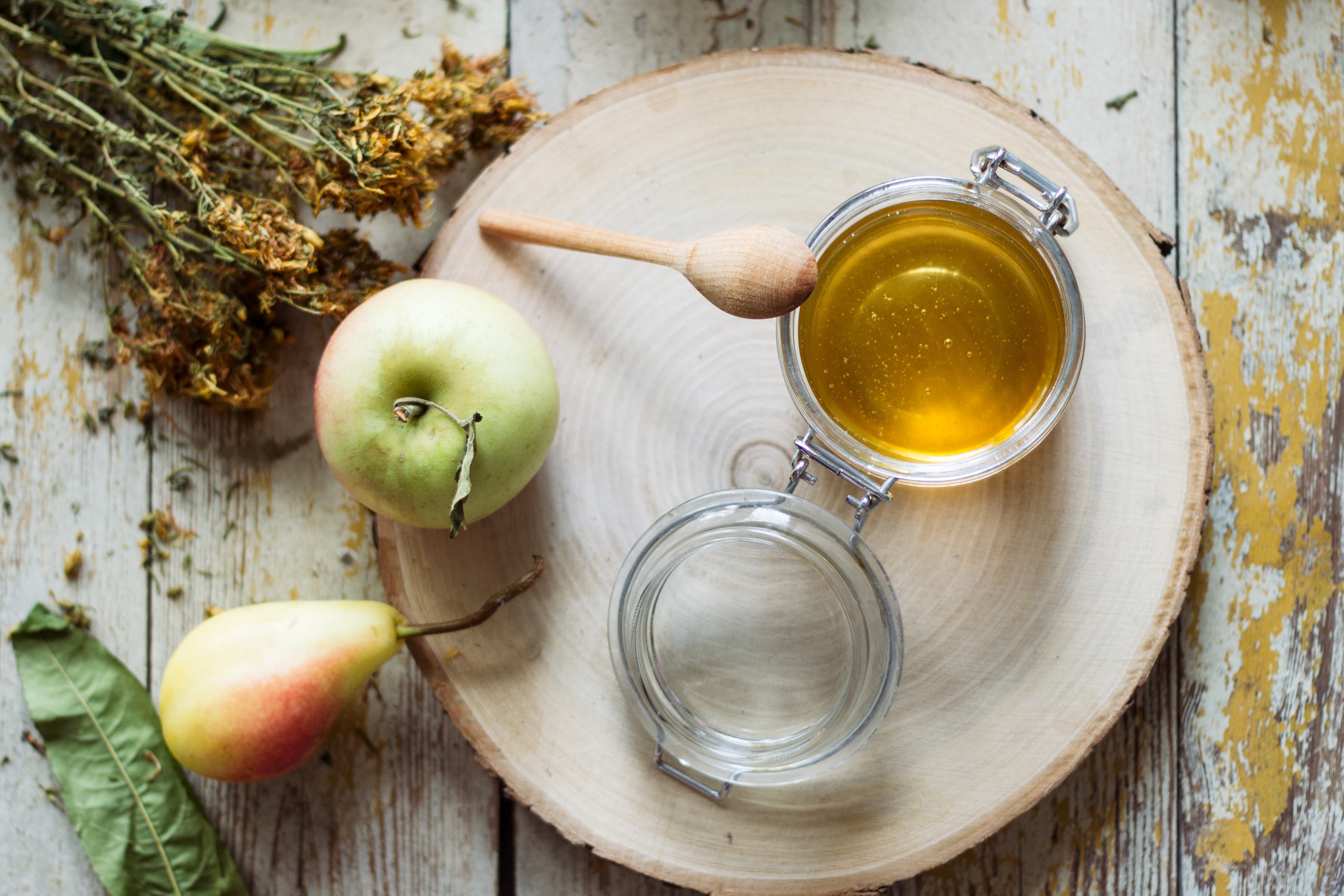 Yom Kippur is the holiest day of the year in the Jewish calendar and, in Israel, all life comes to a standstill. Every business and school is closed, airplanes do not take off or land, and the streets are deserted by cars. Religious Jews will fast for 25 hours (no food and no water), wear white, and spend large parts of the time in synagogue, praying for forgiveness from God for their personal sins.

According to Jewish belief, this is the day in which God will pass judgment on every individual for the coming year - so it is seen as a chance to repent and ask for a chance of forgiveness. Less observant Israelis take the opportunity to enjoy the silence,  in the streets and highways or simply sit at home, quietly, with a book.  It really is astonishing to be in Israel at this time and watch the entire country grind to a halt. 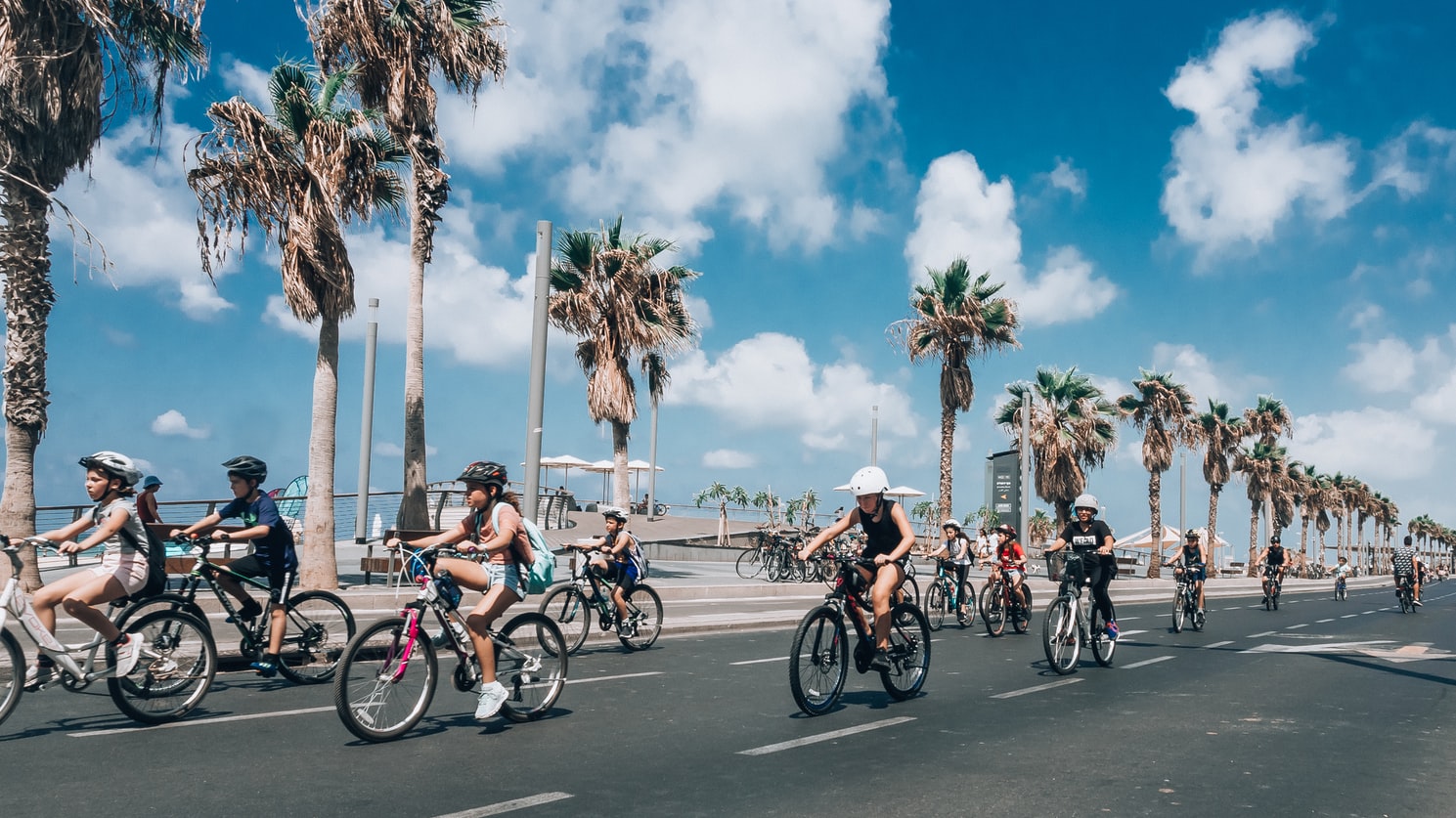 Sukkot, ‘The Festival of Tabernacles’

Another fun festival, especially for children, is Sukkot which follows Yom Kippur and lasts 7 days.  Historically, it was one of the three pilgrimage festivals where the Israelites were commanded to travel to the Temple. Today, Israelis celebrate by building a succah - a temporary, free-standing structure with three walls which they decorate with palm leaves.

It is traditional to eat meals inside and decorate the interior with the ‘four species’ (four different plants, mentioned in the Torah). These are a lulav, etrog, hadass, and aravah.  At the synagogue, people walk around carrying these four plants and recite special prayers known as ‘Hoshanot’.  In Israel, families often take vacation time and travel around the country there are many attractions, concerts, and activities for kids to enjoy. 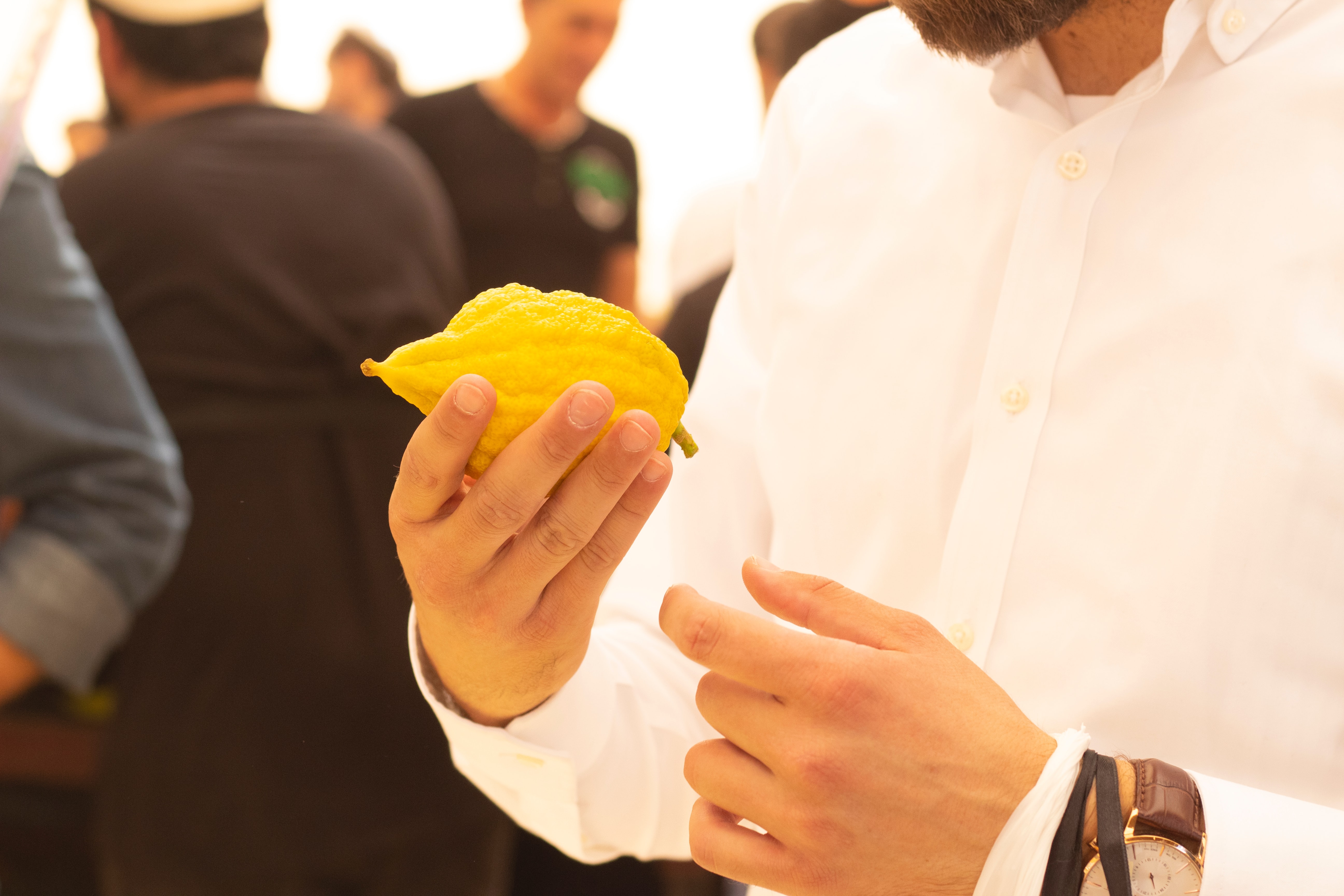 A man holding etrog. Photo by Esther Wechsler on Unsplash

Simchat Torah, Rejoicing of the Torah

Simchat Torah immediately follows Sukkot and is a festival of unbridled joy.  Jews dance around the synagogue holding Torah scrolls, to mark the reading cycle of these holy manuscripts, and, in Israel, it is common to see Israelis dancing in the street. This is a major religious holiday so, like Shabbat, the Jewish New Year, and Yom Kippur, religious Jews will not work, drive or watch TV.

Hanukkah is celebrated in the winter and commemorates the ‘miracle of the oil’ at the time of the Second Temple. It lasts for eight days and each night, candles are lit on a special candelabrum (similar to a menorah). Two special foods that are eaten are latkes and sufganiyot. Latkes are potato pancakes, fried and served either with apple sauce or sour cream. 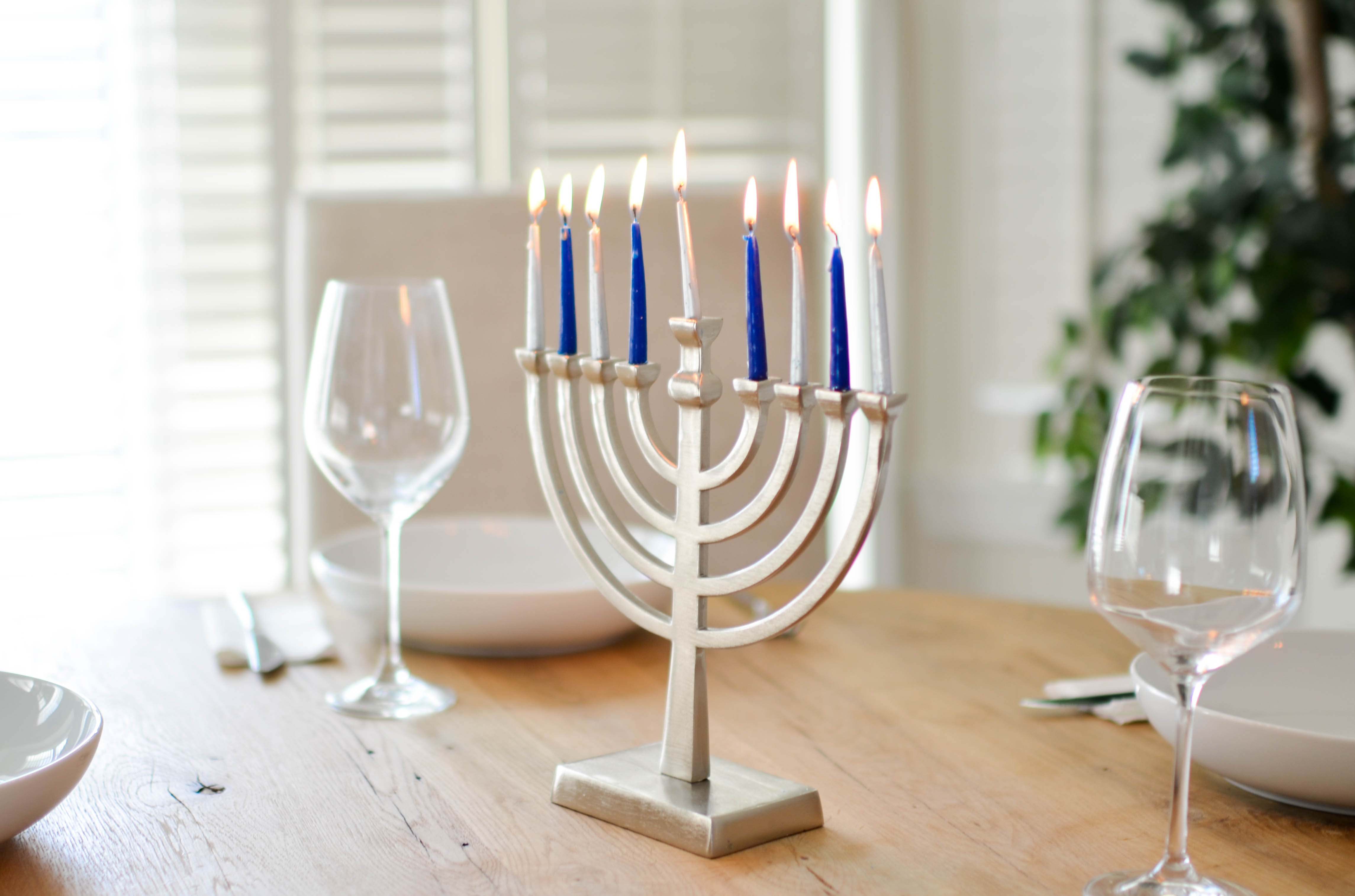 Hanukkiyah, the Hanukkah Menorah. Photo by Element5 Digital on Unsplash

Sufganiyot are donuts with jelly inside (although, in the last few years, all kinds of creations have hit the bakeries in Israel, including those with creme patisserie and chocolate inside!)  Children spin a ‘dreidel’ (a toy with Hebrew letters on the side) and it is traditional to give them ‘gelt’ (chocolate money) and small gifts. Truly, a holiday loved by kids and dreaded by adults for the weight that can be put on!

This holiday of tree planting for trees is fun for all the family but especially young children.  Keren Kayemeth LeIsrael (KKL or the Jewish National Fund) was established in 1901 and to this day remains committed to developing the land by planting trees. Fun fact: Israel is one of the few nations in the world that began the 21st century with more trees than it had 100 years previously.  KKL is committed to sustainable forest management and planting greenery in arid parts of the country. Tel Aviv’s mayor, Ron Huldai, is also a huge advocate of tree planting, and the boulevards, like Rothschild, are testimony to his commitment. 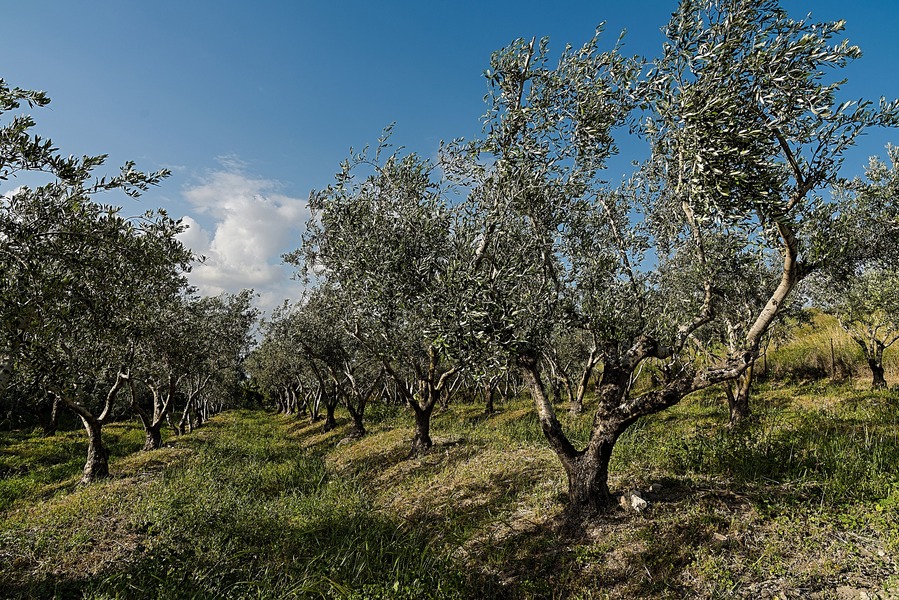 Purim, the Feast of Lots

Purim commemorates the bravery of Esther who saved the Jews of Persia from being wiped out.  It is a festival of enormous merriment in Israel and it is a great tradition both for children and adults to dress up and attend parties. Jews also attend synagogue in costume, where they read from the Book of Esther and shout and boo at the name of ‘Haman’ (Esther’s enemy) and drink a lot of wine!  Attending an adloyada (carnival parade) is a wonderful tradition, as is the eating of ‘Hamantaschen’ cookies (triangle-shaped, to look like ears) filled with poppy seeds. Religious Jews also send ‘mishloach manot’ (baskets of food) to family, friends, and charities.

Yom haAtzmaut is a fantastic national holiday, loved by all Israelis, it celebrates Israel’s independence day.  The evening kicks off with torch lighting in Jerusalem and fireworks displays all over the country. There are parties that continue late into the night and the following day, it’s a time-honored tradition to attend a barbeque and eat until you can’t move!  If you’re at the shoreline at around midday, make sure to watch the flyovers that the Israeli Air Force carry out - their daring skills bring shouts of ‘oohs’ and ‘aahs’ from every child who dreams of becoming a pilot! 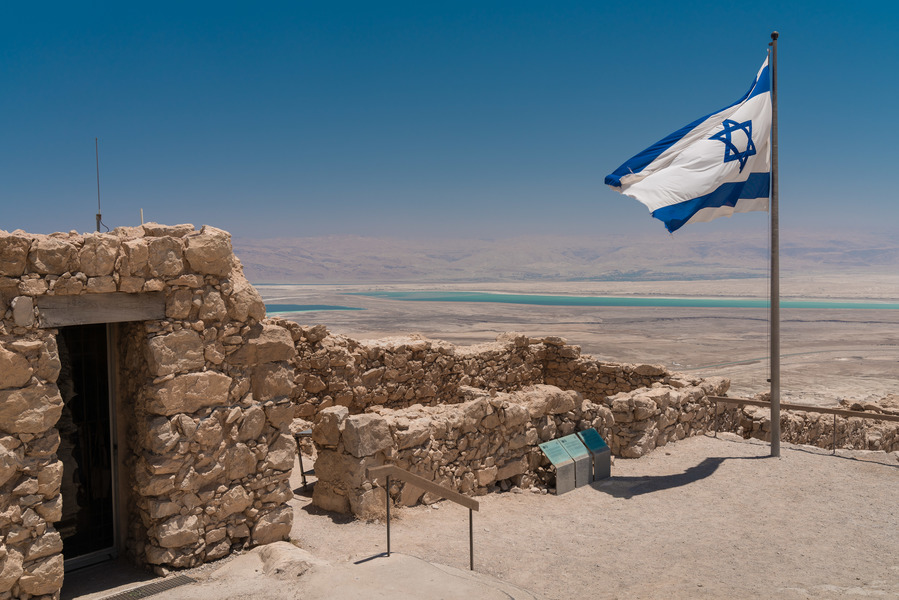 The Eight-Day Festival of Passover

This joyous festival falls in the spring (March/April) in Israel and commemorates the exodus of the Jews from Israel, who fled slavery under the laws of the cruel Pharaoh. It is a real holiday of freedom and loved by everyone. It is traditional at this time of the year to hold a ‘seder’ (in Hebrew ‘Order’) where the ‘Haggadah’ book is read, recounting the story of the Jews flight, including the miraculous parting of the waves of the Red Sea.

At Passover, bakeries in Israel close because it is a religious commandment to eat only ‘matzah’ (unleavened bread) for the holiday.  This lets Jews remember that their ancestors fled Egypt in such haste that their bread had no time to rise. In the Haggadah, the matzah is called ‘the Bread of Affliction’ but the festival is also a reminder of liberty and the fact that, after 2,000 years, with the establishment of the State of Israel, the Jews became a free people in their own land 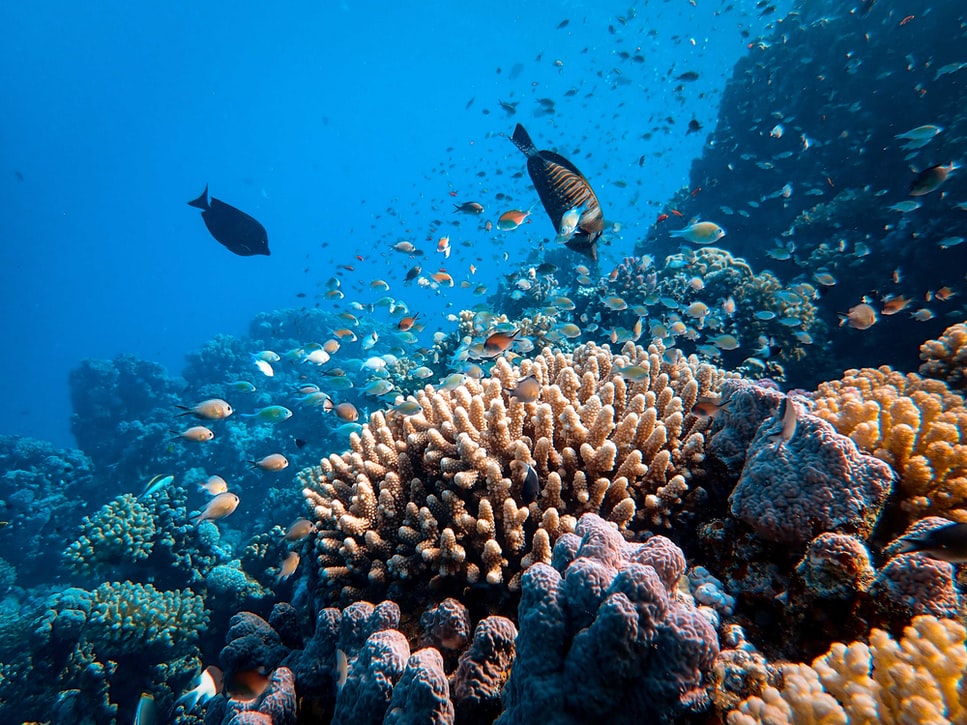 The Read Sea. Photo by Francesco Ungaro on Unsplash

Shavuot, ‘Festival of Weeks’, falls seven weeks after Passover. It is a pilgrimage holiday that marks the end of the spring harvest and also the giving of the Torah to Moses on Mount Sinai and is much loved in Israel. It is traditional to eat dairy produce (Israelis love to serve cheesecakes and blintzes) and wear white clothing, with flowers.

Shavuot is celebrated in earnest on the kibbutz, with the tradition of ‘bringing forth the first fruit’.  Historically, this was an opportunity for the farmers to display their achievements, after a year of hard work in the fields. Today, families take their children there to enjoy the produce, and youngsters often even have a chance to ride a tractor! 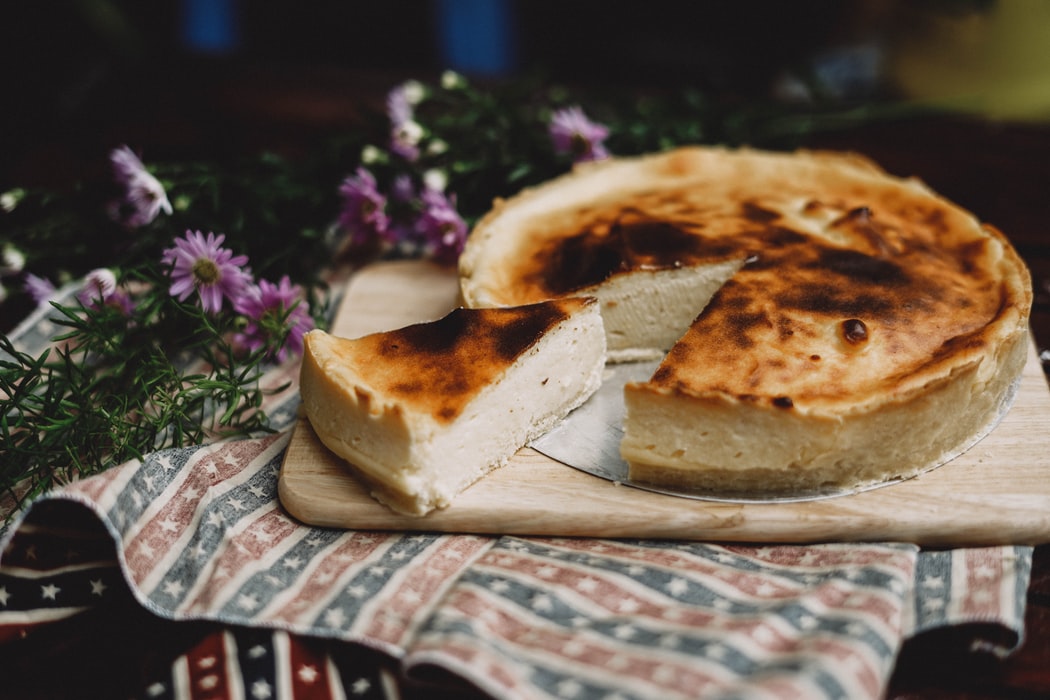 Cheesecake, a traditional treat for Shavuot.Photo by Chinh Le Duc on Unsplash

Celebrated as the ‘Day of Love’ this is the ‘kosher’ alternative to Valentine’s Day!  In ancient times, young Jewish men and women would go out, dressed in white, and dance in the vineyards of Judea.  Early zionist writers (such as Y.L Gordon and Mapu) tried to breathe new life into the tradition, but Tu B’Av didn’t really catch on again until the 1990s when merchants in Israel suddenly realized the economic benefits of selling flowers and chocolates!

Where’s the Best Place to Spend Some of These Holidays?

The other good question is where in Israel should you try to be over some of these holidays, in фorder to get the most of the experience?  Well, at Purim, there are parties all over the country but don’t miss the opportunity to see an adloyada. These ‘carnivals’ are so much fun, with floats, music, and dancing. The two most popular take place in Holon (near Tel Aviv) and Sde Boker, in the Negev desert. If you’re in Israel over ‘the Day of Love’ then why not take a romantic escape to a guesthouse in the Galilee, wander in a nature reserve (Banias or Tel Dan), or simply watch the sun go down on Tel Aviv’s Mediterranean coastline, before enjoying a good meal? 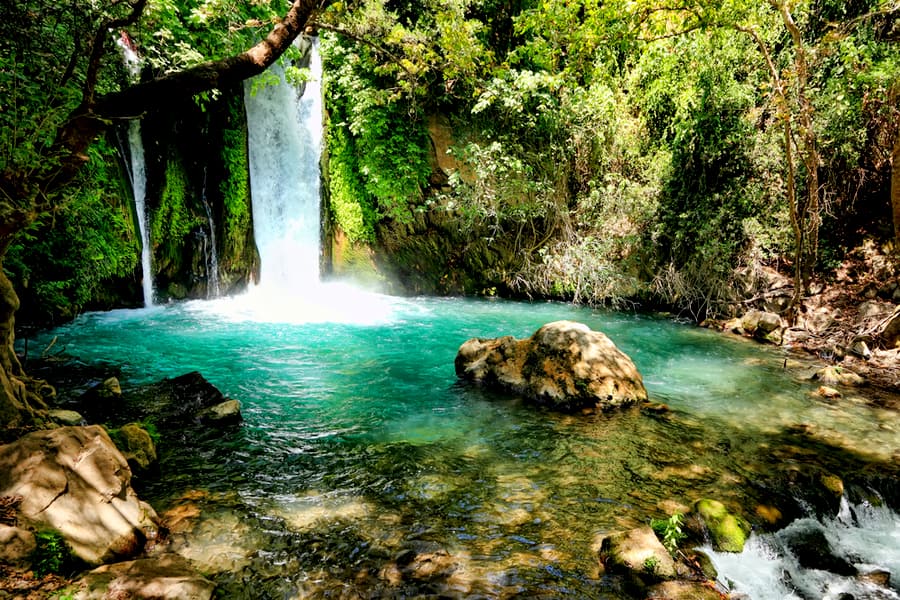 Shabbat, of course, comes around weekly, and, after a short Friday night service at the synagogue, is celebrated in the home. Israelis are very hospitable so it’s quite possible you’ll be invited as a guest to someone’s home for a meal. There is also a Get Shabbat program running where you can be paired with a host family, and we’d highly recommend it.  Most of the families are traditional and observe Shabbat customs, so you’ll see blessings made over candles, wine and bread too and really get a feel for the whole experience.

For Passover, you’ll feel the spirit of freedom everywhere but, of course, if you want to see more of the religious traditions then head to Jerusalem, and in particular the Western Wall, for the ‘Birkat Kohanim’ (Priestly Blessing).  In terms of being a tourist, the only day you really will be limited is Yom Kippur, so if you’re visiting at this time make preparations in advance (or with your Israeli tour operator) for a ‘day off.’ In the meantime, as we say in Hebrew ‘ Chag Sameach’ or ‘Happy Holiday!’ 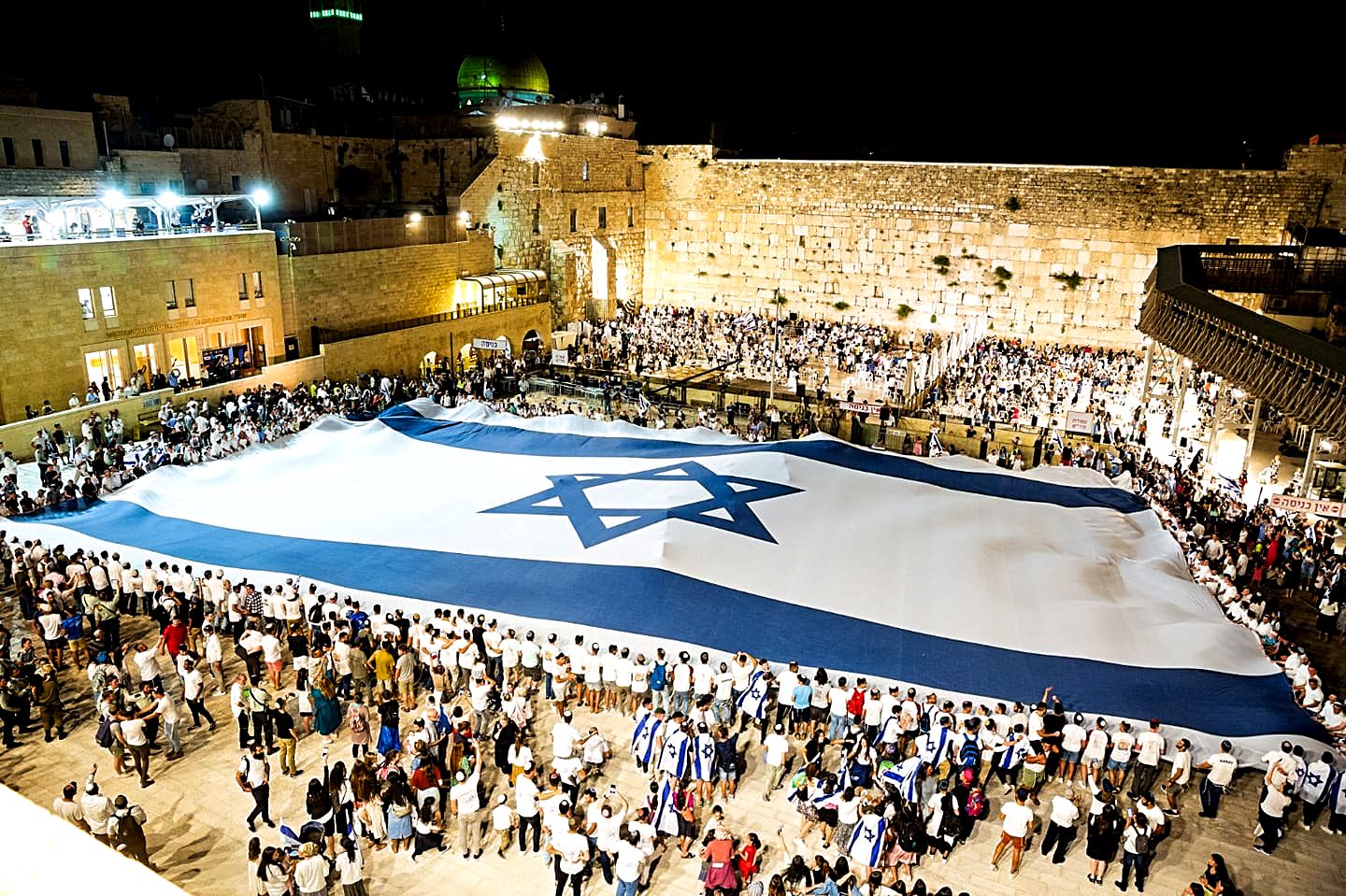