Rothschild Boulevard in Tel Aviv is named after the famous Jewish philanthropist, Baron Edmond James de Rothschild who generously contributed to Israel in the early days of the country's establishment. Sderot Rothschild was established just over 100 years ago and runs from the Neve Tzedek neighborhood in the southwest to its northern point of Habima Square and theatre.

The boulevard is famed for its up-market stores, trendy restaurants, and beauty. Rothschild Boulevard has a distinctly French feel with its wide central tree-lined pedestrian strip with bike lanes, benches, and public art. During the day the bustling boulevard is frequented by professionals from the adjacent financial district; locals enjoying brunch; people taking their dogs for a walk; pensioners relaxing under the trees or playing petanque and people browsing the books in the outdoor street library. At night Rothschild turns into a lively nightlife area with many top pubs, dining venues, and clubs.

The mural was designed by Ze'ev Raban, a member of the Bezalel art movement. The building was restored in 2007 when it was purchased by the French Institute. On the corner of Rothschild and Herzl Street, you can see a restored historic kiosk where you can buy a drink or snack. The Russian Embassy building, constructed in 1924 is one of the boulevard's architectural highlights.

Points of Interest along Rothschild Boulevard

Perhaps the top historic attraction along the boulevard is Independence Hall, the site of the signing of Israel's Declaration of Independence in 1948. Today it is a museum where you can learn about this historic event. In front of Independence Hall are a large fountain and an equestrian statue of Meir Dizengoff, the first mayor of Tel Aviv.

You can visit the Hagana Museum at no.23 Rothschild to learn about Israel's defense force history. Rothschild Boulevard is part of Tel Aviv's art district and home to several important galleries including the Sommer Contemporary Art Gallery and the Alon Segev Gallery.

The thing that attracts many locals to Rothschild is the tree-lined pedestrian area that runs down the middle of the Boulevard. Here you can often see groups of pensioners enjoying the sun, hipsters sipping their coffee, and young locals hanging out. Take a stroll down Rothschild Boulevard to soak up the atmosphere or if you'd like to really explore this charming area join a tour of Tel Aviv.

Want to stroll the streets of Tel Aviv? join a Tel Aviv Private Tour and explore the city. 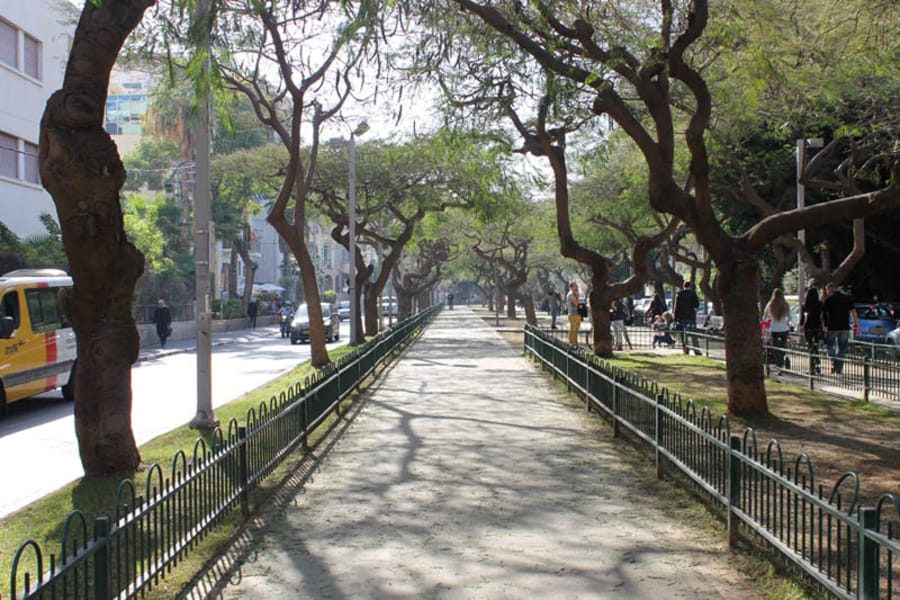