The Diaspora Museum (recently renamed as ANU - Museum of the Jewish People at Beit Hatfutsot) in Tel Aviv focuses on the story of the Jewish People across the world and throughout history as well as their ongoing story. The museum exhibits look at the roots of Jewish communities and the collective Jewish identity and experience no matter where you are on the globe.

Beit Hatfutsot opened its doors in 1978 fulfilling the vision of Nahum Goldmann, former president of the World Jewish Congress. In 2005 Israeli parliament passed a law classifying the Diaspora Museum as a “National Center for Jewish Communities in Israel and around the World.” The purpose of the museum is to strengthen the Jewish identity and provide visiting Jews with an understanding of their legacy providing a sense of belonging. The museum holds a database for those who want to investigate their ancestry. There is also a database of Jewish Nobel Prize winners; Jewish communities; Jewish music, photographs and films.

Since 2016 when a new wing of the museum was inaugurated the museum has been undergoing a complete renewal. The new museum is larger and includes a completely new core permanent exhibition (described below). The new exhibition takes on a more pluralistic approach highlighting the multicultural aspects of Judaism and the immense diversity among Jews from different cultures.

State-of-the-art exhibition techniques and designs are employed to give visitors a sense of their personal Jewish identity. It also looks at the many Jewish success stories in all fields of modern life.

The permanent exhibition entitled “Hallellujah!” Presents 21 models of Jewish places of worship from around the world. There are reconstructions of architectural elements from synagogues including a 1919 stained glass window by Friedrich Adler and the original candelabra (menorah) from the Warsaw Great Synagogue featuring a Polish eagle.

The photographic exhibition entitled “Operation Moses: 30 Years After” tells the story of the Ethiopian Jews who immigrated to Israel in 1984 and follows their absorption into Israeli society over seven years. The “Forever Young – Bob Dylan at 75” exhibition focuses on the musician, his work and his relationship with Judaism over the years.

“Heroes – Trailblazers of the Jewish People” is an interactive exhibition geared towards children aged 6-12. The exhibition redefines what a hero is by showing Jewish men and women from history that may not be typical heroes.

The Diaspora Museum has space reserved for temporary exhibitions like the recent exhibitions that looked at Jewish humor around the world or the exhibition of video art installations by Ronny Douek that look at the story of foreign caregivers in Israel. Lobby displays include one on Leonard Cohen and a display of art by new immigrants to Israel.

You can visit Diaspora Museum on our Private Tel Aviv tour. 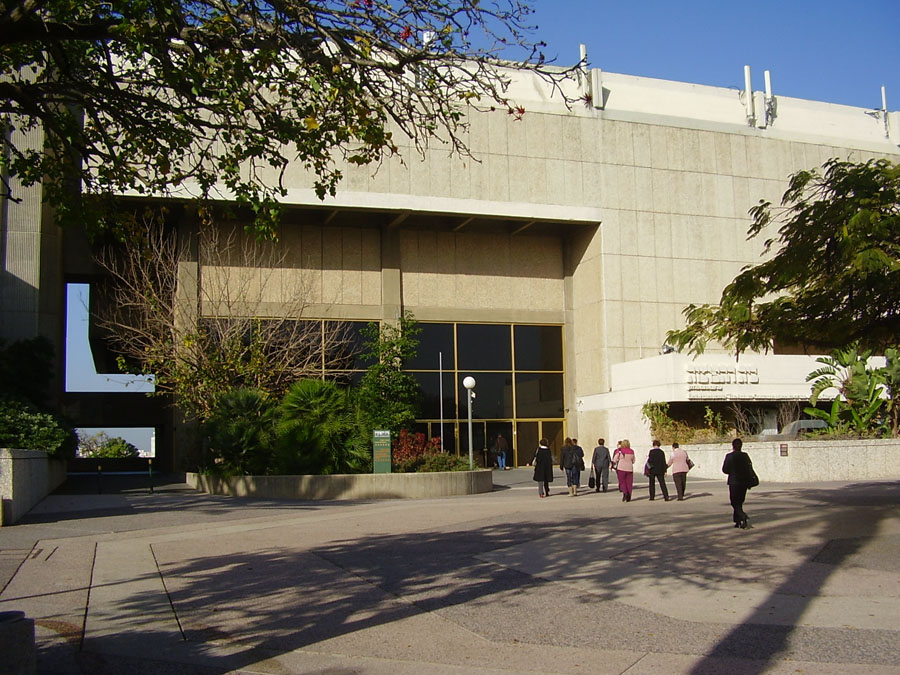