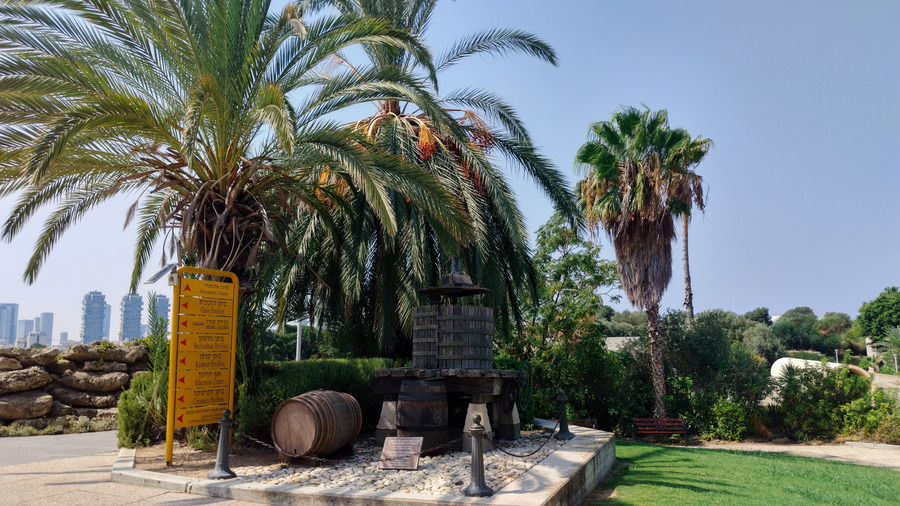 The Eretz Israel Museum (also known as Muza) is located in the Tel Aviv suburb of Ramat Aviv and is one of the largest and most well-known museums in Israel. It is a complex that boasts all kinds of cultural and historical artifacts and highlights many of Israel’s treasures. The museum aims to balance and highlight the connections between old and new, as well as exhibit different cultural domains - including art, applied crafts, archaeology, ethnography, photography, and documentation relating to Israeli society.

The museum is a wonderful treasure trove, with thousands of items on display, some of them quite unique and rare.  Also of interest to visitors is the photography of the Israel collection, which includes some iconic pictures of the state dating back over 100 years. As well as an impressive permanent collection, the Eretz Israel Museum regularly hosts temporary exhibitions of art, crafts, and photography.  Alongside the museum, there is a planetarium, an education wing, and an archaeological site named Tel Qasile, located on the northern bank of the Yarkon River, which includes the remains of an ancient city dating back to the time of the Philistines.

In the last two decades, the Eretz Israel Museum has also held Biennales, with a specific focus on glass. In the Tel Aviv Biennale of Crafts and Design, different areas of design were merged into a specific exhibition and placed all around the building, between the permanent exhibitions and the garden. In the Yael Garden, visitors can see mosaics along the paths as well as an ancient wine press, an old flour mill, and a restored olive oil plant. Furthermore, the museum regularly hosts a range of cultural events, such as plays and concerts.

The Founding of the Museum

This pavilion, the first of many, will house the glass collection of Dr. Walter Moses (who died in 1955), who bequeathed his archeological collection evaluated at over a million dollars and his extensive art and archeological library to the Tel Aviv Municipality on condition that it builds a museum which will exhibit his collection." Rokach and Moses were great friends, and the Mayor knew that Moses had chosen the city of Tel Aviv for the site of the museum because his belief was that if the city was successful in commerce and industry, it followed that it should become Israel’s cultural center.

This fascinating pottery exhibition gives visitors a wonderful insight into prehistoric and ancient times. Ceramic artifacts are the clue to understanding how pottery was made and in this exhibition, you can see handmade pottery from Cyprus, village societies in Africa and Asia, and wheel-made pottery in Ancient Israel, Ancient Greece, and Egypt. Visitors can enjoy a reconstruction of a full-size Israelite house from the monarchy period (10th-7th century BCE), where the varied uses of ceramic vessels are wonderfully illustrated.

Visitors at the Glass Pavilion can be treated to a journey back in time, giving them an understanding of how glass was made thousands of years ago. The Pavillion hosts a beautiful and quite rare collection of glass which was originally donated by Dr. Walter Moses and is constantly being enlarged with new acquisitions. Early blown glass from Roman times and relics from biblical days are on display, as well as pieces from Byzantine and Islamic periods.

Our tip: Look out for the gold-glass panel, which is late 6th to early 7th century CE and was unearthed in 2005 in a large building complex on the outskirts of Caesarea, known as the "Birds' Mosaic Mansion".

The Land of the Baron

This exhibit delves deep into the life and times of Baron Edmond Benjamin James de Rothschild, who earned a reputation not just for his love of art but his dedication to the settlement and development of Palestine. With his support, many villages were founded by Jews who arrived in Israel at the turn of the 20th century, and with his generous donations, health services and agricultural communities sprung up. Visitors can also enjoy a documentary film about his life.

This exhibit looks at the Judaica that was developed from the end of the 19th century until the mid-1960s and how Israeli culture grew and was shaped. It looks at holy sites such as the Tower of David and the Western Wall and their religious and historical significance. Some of the artifacts relate to the landscape of Israel, biblical topics, and figures of heroes as a symbol of heroism and national pride (e.g. the Maccabees) who, after the state of Israel was established in 1948, were replaced by the figures of soldiers from what was now a peoples’ army.

Our tip: Enjoy many of the artifacts relating to the Jewish holidays, such as menorot (candles), talitot (traditional prayer shawls), and shofarim (ram’s horns, traditionally blown at the Jewish New Year).

This exhibition of the mail service in Israel begins in the mid 19th century, as shown using envelopes and letters, photographs and posters, mailboxes and telephones, and a 1949 mail truck. Other exhibits include a large-scale stamp album, where a wide selection of Israeli stamps illustrates the changes in design and subject over the years, reflecting changes in the country.  Enjoy an interesting display of rare and valuable stamps too.

This intriguing exhibition begins in the 6th century BCE before coins were even used, up until today. It is one of Israel's largest and most important coin collections and was founded in 1962 by Leo Kadman, whose collection, together with that of Dr. Walter Moses, makes up the heart of this extraordinary exhibit.  Visitors can view Greek coins, the local currency used by the Jews between and pieces minted under foreign rulers such as the Romans, Byzantines, Crusaders, and Turks, not to mention coins made after the State of Israel had been created in 1948.

Man and his Work

This center is made up of three spaces - the permanent exhibit, the Crafts Arcade, and the Bread Courtyard - all showing exhibits and artifacts from various fields of daily life in the land of Israel. Visitors can learn about grain and its cultivation, and look at tools and containers that were used in ancient kitchens to prepare, cook and store food. Crafts in the arcade include looms, wooden tools, beautifully designed storage jars, and a large water wheel designed for grinding flour.

Visitors can wander through the ‘Crafts Arcade’ -  a reconstruction of a paved market street (bazaar).  Along the street the ‘shops’ display work tools, raw materials, and goods made by craftsmen such as blacksmiths, carpenters, silversmiths, shoemakers, bakers, glass blowers, and knife sharpeners.

Yael Garden and the Mosaic Square

The Yael Garden is a beautiful spot for visitors to walk and at its center is a beautiful mosaic in the shape of a bird.  The mosaic was uncovered at Beit Guvrin (on Israel’s coastal plain) and dates back to the 6th century (circa Byzantine times). The mosaic shows an amphora (a type of container) out of which eight vines curl. Each one leads to a different circle and there is depicted a certain kind of bird.  Next to the vase are two rams and above them a bird of prey, a partridge, a quail, and above them a pheasant, crane, and goose. Above the mosaic is an inscription in Greek and two peacocks holding a wreath. Historians believe that the mosaic has some symbolism in Christian belief and art.

Tell Qasile is one of the most important archaeological sites in the Tel Aviv area. After two shards of pottery bearing Hebrew inscriptions (dating back to the First Temple Period) were found in the 1940s, it was decided that archaeologists should begin excavating the area and these began in 1948, under the supervision of Professor Benjamin Mazar.

Excavations turned up the remains of an ancient port city built by the Philistines in the 12th century BCE, on the edge of a sandstone ridge, close to the Yarkon River. It seems that the city was destroyed in a major fire in the 10th century BCE, but was subsequently rebuilt and even flourished in later times.  At the height of its development, in the 11th century, it boasted streets with work and living quarters, as well as a part of the city set aside for worship.

The museum also boasts a planetarium which runs a number of shows regularly, ideal for both children and adults.  These include:

Two Small Pieces of Glass - Galileo's observations, using a telescope, were the beginning of an extraordinary scientific revolution that eventually transformed our view of the solar system and our place within it. The revolution continues 400 years later in Ramat Aviv, where visitors are invited to join this ‘star party’ and be guided by amateur astronomers who will set up their telescopes and let the public look through them. A very popular attraction indeed.

Astronaut - here, visitors sit on a revolving stage whilst watching a film about a marvelous ‘flight’ based on the film "Astronaut" (produced by the National Space Centre of Leicester, England).

Secrets of the Sun - looking at the complex role that the sun plays in the life of our solar system, visitors learn about nuclear forces, solar material being sent into space, the power of the sun (and how this impacts other plants and life on earth) and the sun’s very life cycle, from its birth to its (hopefully not too soon in the future) death.

Stars - the perfect way to learn about the universe, with its endless galaxies, each one full of billions of stars.   Find out how they differ from each other, how they live, die, change and ‘reinvent’ themselves.  A wonderful way to spend an afternoon, learning about science and the beauty of the skies above us.

The Life of Trees - both educational and educational, this film shows how vital trees are for the planet, how they transport water, produce oxygen, and encourage environmental diversity.  It is narrated by two animated animals, Dolores (a ladybug) and Mike (a firefly). Visitors will enjoy a ‘full-dome" experience with this show.

The education wing is a center for study and enrichment and aims to bring a wide variety of audiences to the museum and encourage them to enjoy everything it has to offer.

Bus: Take bus lines 171 or 271 from Savidor Railway Station/Namir Road and alight at the Museum or Planetarium. Bus line 24 runs from central Tel Aviv (beginning at the Carmelit terminal, through Allenby Street, and past the Dizengoff Centre) and also stops outside the museum.

Car: Head along the Ayalon Highway and turn onto Namir Road (Route 2). Then turn right onto Chaim Levanon Street, where you will see the museum on the left. Parking is available for a fee.

Tickets: adult (52 NIS), student (35 NIS), child (free). To order tickets for the Planetarium, (which holds shows both in Hebrew and English) either as an individual or as part of a group, pre-booking is required at tel. 03-745 5710. The museum has an excellent gift shop (selling all kinds of gifts, including many made by Israeli designers) as well as a cafe, serving light refreshments. 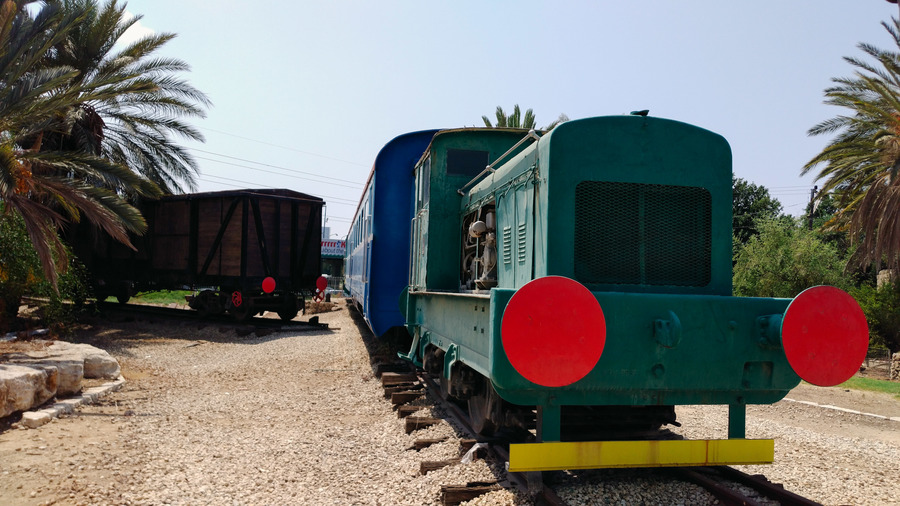