This is the country’s national museum and is also the largest museum in the country. Here you’ll find exhibition halls focusing on a wide range of subjects, genres and medium. Some of the museum highlights include the children’s wing, fine arts and archeology. Other attractions within the museum grounds are the Art Garden and a model of the Old City of Jerusalem in 66CE during the Second Temple Period. Another highlight is an ancient female figurine which is thought to be the world’s oldest art work. On the museum grounds is the uniquely shaped Shrine of the Book where the Dead Sea Scrolls can be seen. 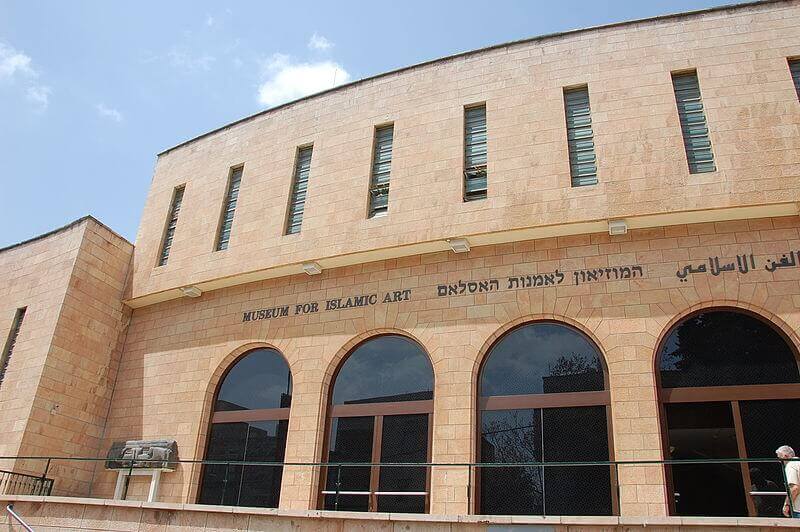 Here you can see examples of Islamic pottery, painted ceramic tiles, glassware, weaponry, jewelry, religious artifacts and traditional cultural objects. The museum is named after a former scholar of Islamic art at the Hebrew University. The artifacts come from across the globe and represent several historic periods from the 7th to the 19th century. Each exhibition hall is according to the historic Muslim dynasty and the geological location they include the Umayyad Caliphs and the Ottoman period. One of the most important collections in the museum is of rare antique clocks and watches. The museum holds exhibits of art by contemporary Arab artists.

Children and adults alike will enjoy this interactive museum where you can touch and play with the exhibits and try your hand at various experiments to prove scientific laws. There is a section for toddlers where they can play and learn. The exhibits cover green energy, flight, chemistry, the mysteries of light, scientific engineering, visual deceptions and puzzles and games. There is a 4D cinema where the wonder of science is revealed further through films about the solar system and other subjects. 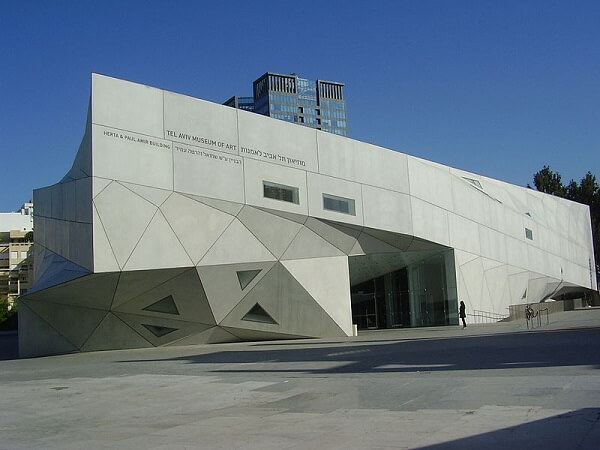 Tel-Aviv Museum of ArtThis museum covers a wide range of genres and historic periods but the emphasis is on modern art especially Israeli and European contemporary art. There is an impressive collection of impressionist and post impressionist art. There are collections of Old Masters, photography, prints and drawings and architecture and design. Among the highlights are works by Van Gogh, Picasso, Gutman, Marc Chagall, Pissarro, Kandinsky and Pollock. The museum is also known as a venue for performances, events and temporary exhibitions.

This award winning museum uses multimedia, historic video footage, authentic artifacts, documents and art to tell the story of the Holocaust. The museum takes the form of an elongated triangular shaped building which takes visitors chronologically through the events of World War Two. At the end of the museum the building opens up to a view over the hills of Jerusalem. Other sites on the museum grounds include the path of the righteous commemorating righteous gentiles and a special memorial to the children who died in the Holocaust. One of the most moving exhibits of the museum is the Hall of Names, a memorial to all the Jews who died in the Holocaust, it is a circular hall with a cone shaped ten meter high center displaying 600 photos and pages of testimony.

This relatively new museum which opened in 2010 has quickly become one of the country’s leading museums. This is a forward looking museum focused on modern culture and contemporary design. There are temporary exhibitions as well as permanent collections which display design objects from around the world. There is an Experience Archive which is an interactive exhibit used for research. On display are furnishings, wall art, textiles and object d’art. The unique architecture of the museum building, designed by Ron Arad, is an attraction in itself. 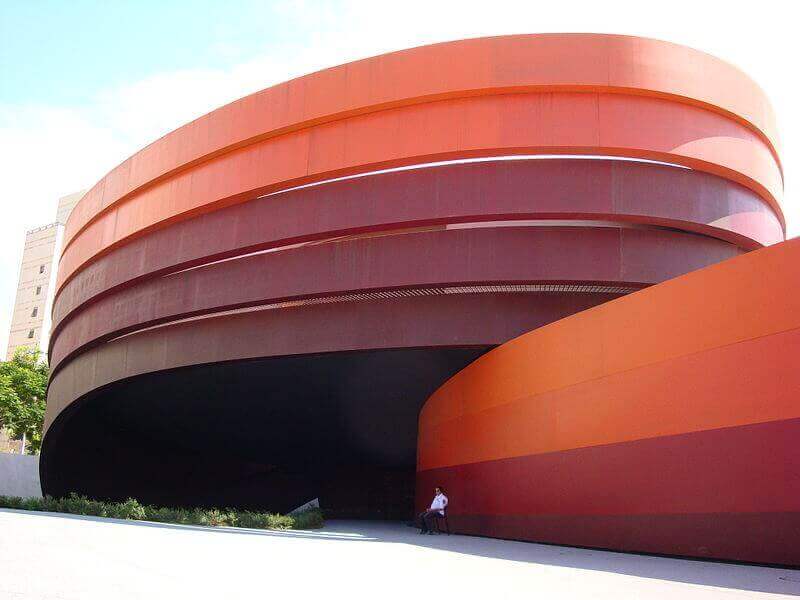 A must-see attraction if you are traveling with children. A visit to the museum must be booked in advance and there are exhibits for different age groups and each follows a specific theme. The most famous of the exhibits here is the Dialogue in the Dark where blind guides take groups of visitors through a completely dark exhibit. The visitors experience the museum as a visually impaired person would, thus heightening their use of the other senses. The Invitation to Silence is an experience where a deaf guide takes visitors through a series of exhibits while they wear headphones blocking out all sound. Once again the exhibit opens visitors up to a new sensory experience.

This museum is home to several separate museums as well as a planetarium. The multi-disciplinary museum exhibits all relate in some way to the Land of Israel and its culture and history. Folklore, Judaica, ethnography, the Israeli postal service and traditional crafts are on display. Take into account that the various sections of the museum are spread over a large area and to move from one to the other you need to leave the air-conditioned halls and walk under the hot sun. There are also outdoor exhibits like the Crafts Arcade where a number of antique working tools are set up in recreated workshops such as a cobbler, tanner and cooper.

Housed within the Tower of David’s medieval guardrooms, an iconic symbol of Jerusalem’s Old City, this museum presents the city’s history in chronological order highlighting the most significant events. There is a film outlining Jerusalem’s history and exhibition rooms covering the Canaanite Period, 1st and 2nd Temple Periods and the Roman Period. Apart from the exhibits on display visitors can also see a nightly Sound and Light Show where images telling the story of Israel’s history are projected on the ancient stones of the Old City. 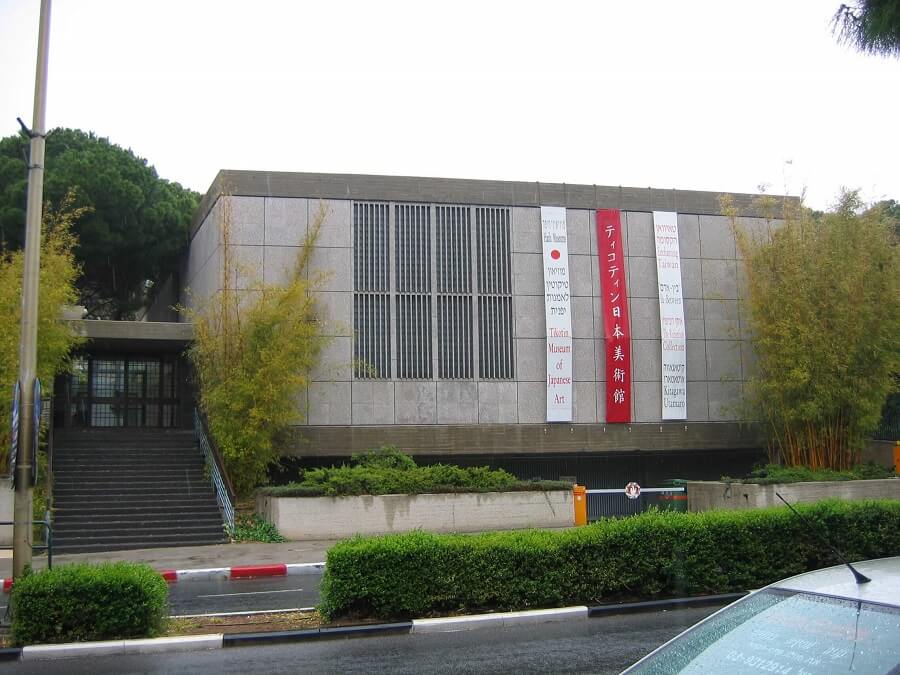 This museum is home to the largest collection of Japanese art outside of Japan. Apart from being a fascinating museum it brings to the country a totally foreign culture and offers a break from most of the Israeli museums which focus so closely on the nation’s heritage. The Japanese culture, art and traditions are presented and this is the only museum of its kind in the Middle East. There are over 7,000 works of art on display including ceramics, textiles and paintings as well as metal work and miniature carvings. Both traditional and modern Japanese art is on display.