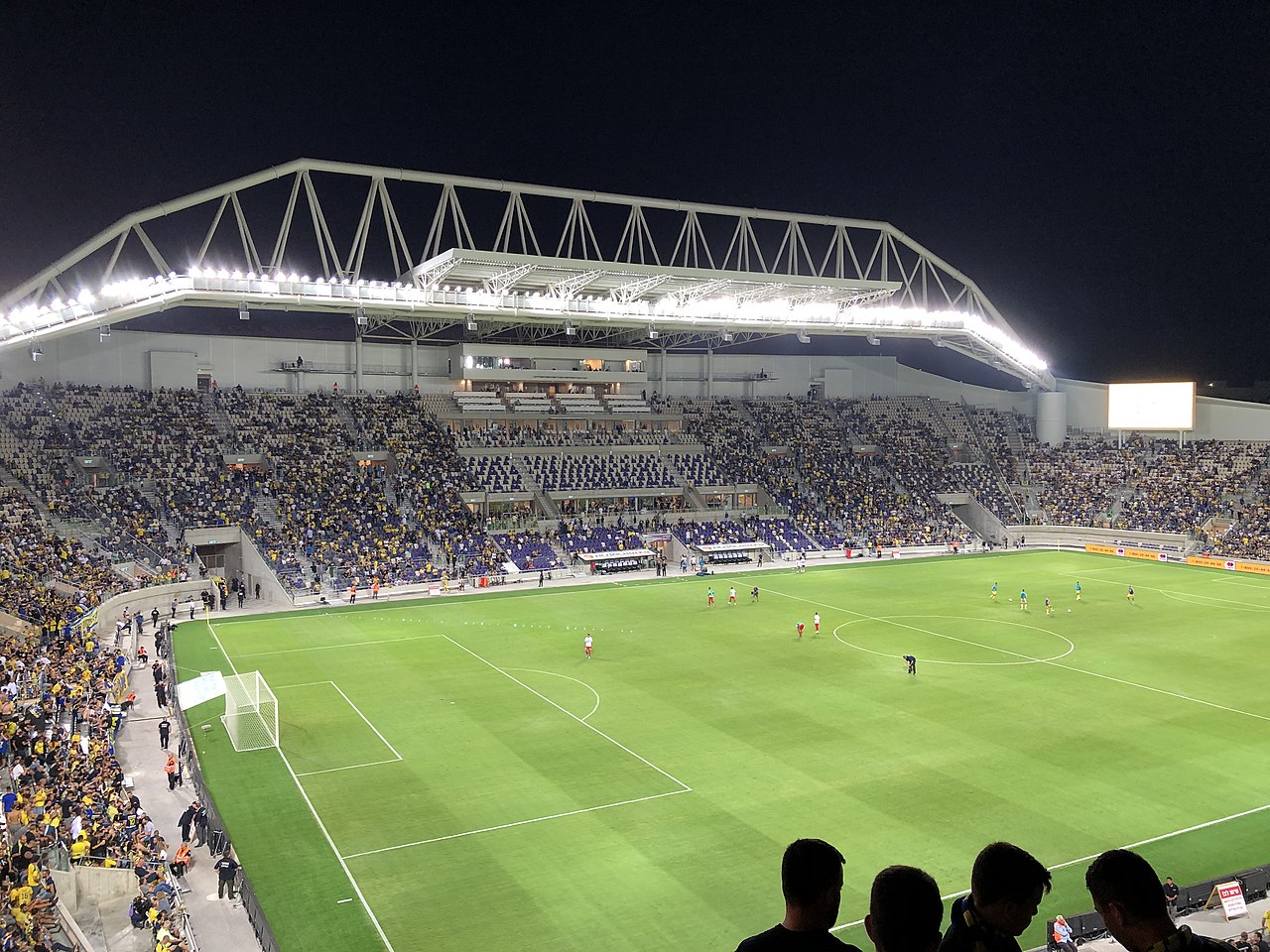 The Bloomfield Stadium is located in the southern part of Tel Aviv-Jaffa and is regarded by many as a ‘temple’ of Israeli football. Home to three clubs - Maccabi Tel Aviv, Hapoel Tel Aviv and Bnei-Yehuda Tel Aviv), Bloomfield has a long history when it comes to football and is much loved by the Israeli public. Owned by the Tel Aviv-Jaffa Municipality and operated by the Sports Palace Group, it has a grass surface and a capacity of 29,400 spectators.

History of the Stadium

The construction of the Bloomfield Stadium was the result of a project supported and financed by a Canadian charity - the Canadian Association of Labour Israel - and named after the brothers Louis and Bernard Bloomfield, who were dedicated to the ideals of sport. The charity was aligned with the Histadrut Labour Movement in Israel.

The ground was first broken on 4th September 1960, in East Jaffa, on the land where Basa Stadium, home to the football team Hapoel Tel Aviv originally played their matches. Bloomfield opened in late 1962 and the first official match played was a friendly match between Hapoel and the Dutch Club Sportclub Enschede.

The following year, Maccabi Tel Aviv moved into the Bloomfield Stadium (leaving behind their previous home, the Maccabiah Stadium) and in 2004 were joined by Bnei Yehuda, Tel Aviv, giving Bloomfield the honour of being the only stadium in the top divisions to be home to three different teams.

By September 2010, Bloomfield Stadium was awarded a Category 4 Status by UEFA, allowing it to host Champions League Group Stage matches. Between 2016-2019, the stadium was closed for extensive renovations, in order to enlarge, improve and upgrade the existing facilities. Now finished, it has the capacity and facilities that let it comply with international standards and therefore host teams from across the globe in leading competitions.

As well as acting as a football arena, the stadium is one of Israel’s most top-rated venues for performance artists. Artists not just from Israel but across the globe have performed there, including Art Garfunkel, Phil Collins, Barbra Streisand, the Scorpions and the Black Eyed Peas.  Celine Dion’s sellout concert, which had to be cancelled due to Covid-19 lockdown, is set for June 2021. It will be her first-ever performance in Israel.

Bloomfield Stadium was the venue for the first concerts held in Tel Aviv after Israel emerged from the 2020 pandemic, with ‘intimate’ gatherings of 500 people for four concerts, featuring Israeli singers such as Ivry Lider, Shalom Hanoch, Yardena Arazi and Dikla.

Address: Bloomfield Stadium is located on She’erit Yisra’el St, in the south part of central Tel Aviv, not far from the old port of Jaffa.  Tel: 03 637-6000

On foot: It’s a short (5 minute) walk to Jaffa and a 10-minute walk to Neve Tzedek.  If you’re coming from the ‘proper’ city centre i.e. around the Dizengoff Centre, it will take about 45 minutes.

By bus: You can take bus number 25 from Rabin Square or King George Street - alight at Shlabim/Kibbutz Galuyot Road and walk for 4 minutes.  Alternatively, you can take the number 172 (which begins near the Namal (Tel Aviv Port) and travels down Dizengoff Street, past the shopping centre). Alight at Florentin/HaAliya and walk for 12 minutes.

By taxi: A taxi from the Dizengoff Centre will take approx.15-20 minutes (via the Herbert Samuel Promenade, giving you beautiful views of the Mediterranean sea and promenade) and will cost around 40-50 NIS.