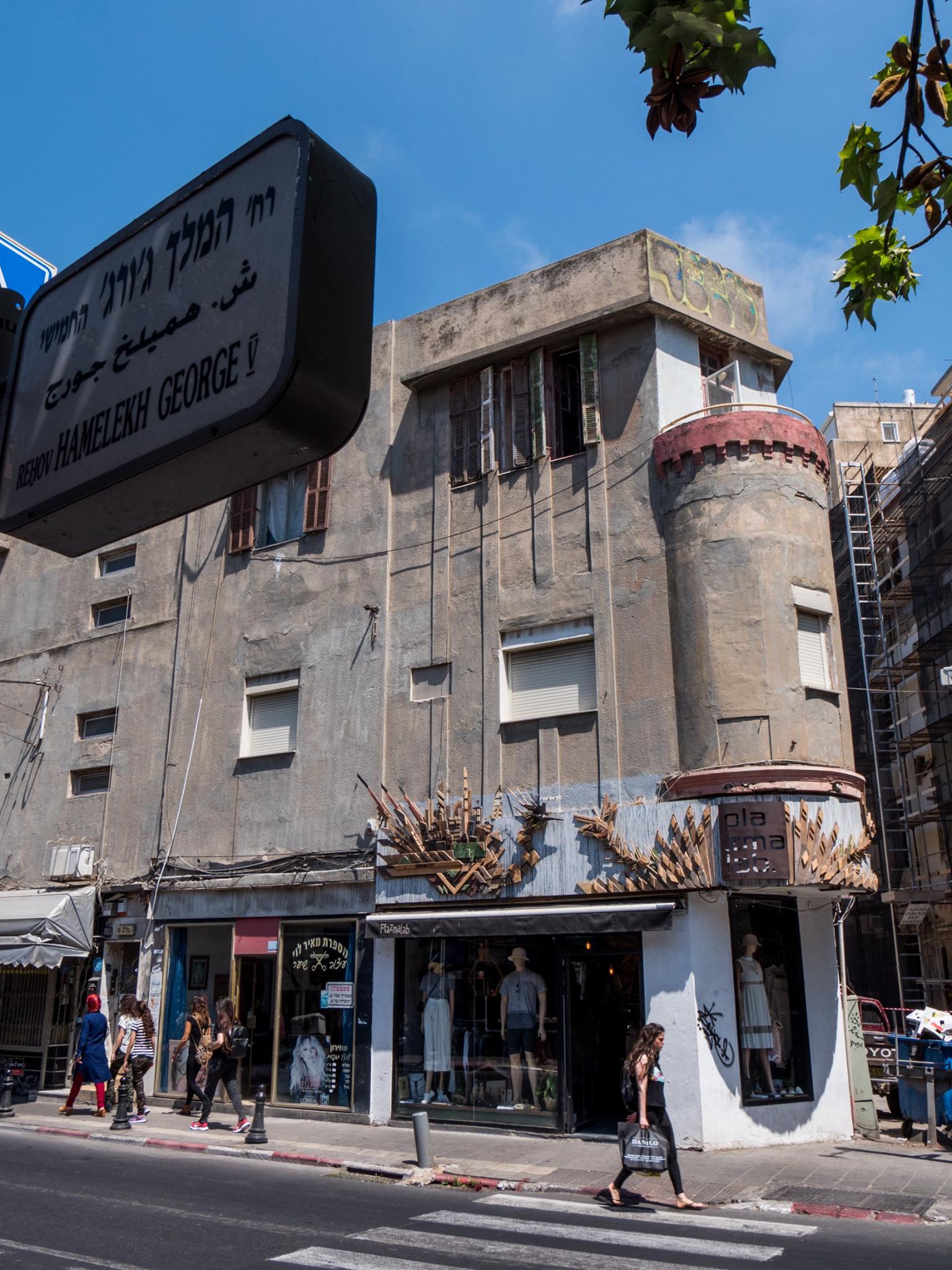 At first glance, you might not think that King George Street is one of the highlights of Tel Aviv, but it is packed with hidden gems. King George stretches from Magen David Square (near Carmel Market), towards Masaryk Square through several different neighborhoods, each with its own character. Located literally at the center of the city, it is never more than a short walk from King George to important landmarks like Rabin Square, and Habima Theater. The street was named after King George V, who ruled England during the British Mandate of Palestine (1920-1948). Head for King George if you’re looking for great street food, hipster bars, an iconic shopping mall, historical architecture, and sidewalk cafes.

Start exploring King George Street from Magen David Square, where it meets Allenby Street, Carmel Market, trendy Shenkin Street, and pedestrian-only Nahalat Binyamin. At #38 stands Metzudat Ze’ev (Jabotinsky House), named after Ze’ev Jabotinsky, founder of the Revisionist Movement. Built in the Brutalist style, the building marks the site where the Revisionist Zionist headquarters once stood. Today it houses the Jabotinsky Museum, Irgun Museum, and the Partisans and Fighters Museum. Meir Park, (#20-#39) is an unexpected relief from the concrete jungle located on the edge of King George. The park has a picturesque lily pond, a library on wheels, a café, a dog park, a bike rental, and the city’s LGBTQ Community Center. The park is the starting point of Tel Aviv’s annual Gay Pride Parade.

The iconic Dizengoff Shopping Center was the first mall that opened in Tel Aviv in 1983. It holds a mix of local and international brands and is worth checking out. On Fridays, the mall hosts a designer market and food bazaar. King George has several antique stores and second-hand book shops as well as one of the city’s most popular book stores, The Little Prince (#19). They hold books in several languages, including a large selection of English books. Comics and Vegetables (#40) is a famous comic book store that also sells genre-specific figurines. On King George, you can find exclusive boutique fashion stores, as well as vintage clothing stores. At #72, is Flashback, Israel’s largest vintage clothing store. For abstract designs and wearable art visit PlasmaLab at #14 and #16.

Where to Eat on King George

The restaurants on King George cover a full range of international cuisine. But the most predominant gastronomic treat on King George Street is authentic local food. King George is home to La Gaterie (#97) that offers a Parisian ambiance. The Streets (#70) is a 24/7 diner with a menu for meals throughout the day and night. For ice-cream stop at Cremerie De L’éclair (#53). At #29 is MarketTLV, where the food is made strictly from seasonal produce. One of the best ways of experiencing the cool vibe of King George and getting to know the city’s eateries is on a Street Food Tour.

King George has several vegan and vegetarian restaurants, including Goodness (#41) which is considered one of the best vegan restaurants in the city. Miznon (#30), is where celebrity chef Eyal Shani reinvents typical Israel street food. Everything comes in a pita, from steak and eggs to shakshuka. HaKosem (the Magician) is at the junction of Shlomo HaMelech Street and King George. But it deserves a mention as one of Israel’s most famous falafel joints. Another great place to get hummus on King George is at Hummus Abu Dabi (#81). There are several pizza places on King George including Pizza Shiroko (#23) near Gan Meir.

King George is in the heart of Tel Aviv’s nightlife zone. Most of the city’s top bars and clubs are within walking distance. On King George, you’ll find OzenBar (#48), which has a sleep-easy ambiance to go with the nightly live performances. Other places to party on King George include Bootleg; Denim Drinks First; FIFTY, and the Gin Club Supreme. 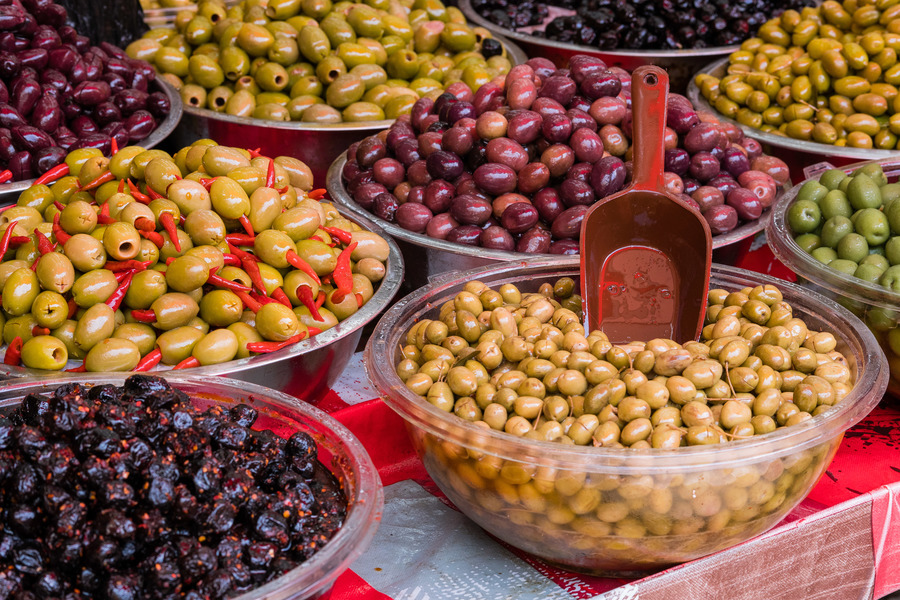 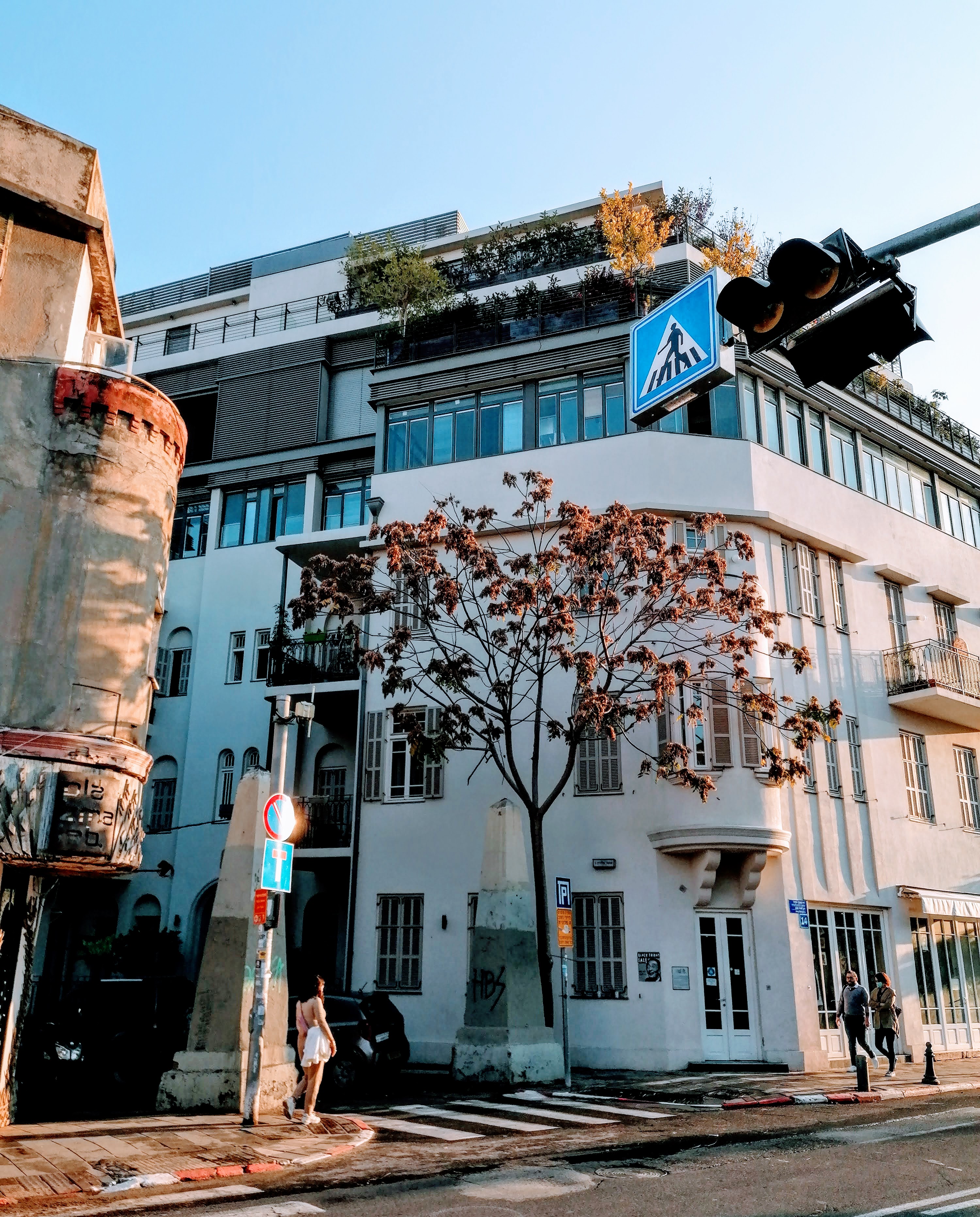