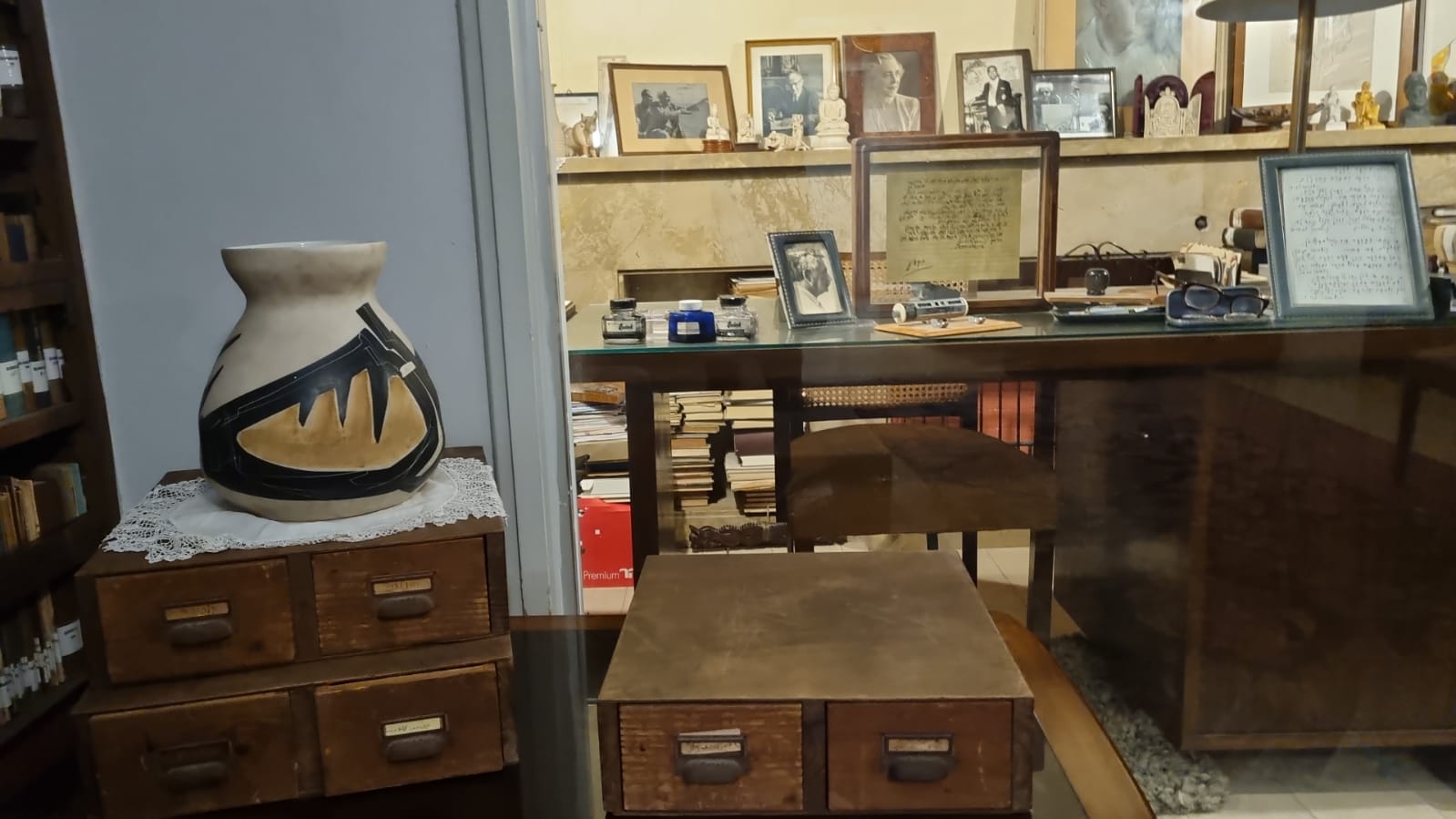 Ben Gurion House is the former home of David Ben Gurion who served as Israel’s first Prime Minister from 1948 to 1954 and again from 1955 to 1964. It is located in Tel Aviv at 17 Ben Gurion Boulevard. Today the historic house is a museum displaying the home as Ben Gurion would have known it together with valuable artifacts related to his life and work.

Who Was Ben Gurion?

David Ben Gurion was born David Grun in 1886 in Plonsk, Poland, and immigrated to Ottoman-ruled Palestine in 1906. Eight years later he was expelled from the country for Zionist activity. He spent three years in the USA where he helped the Hehalutz Movement recruit Jews to form a Jewish militia and fight for the Ottoman army in Palestine.

While in the US, David Ben Gurion met and married Paula Munweiss. Towards the end of WWI, the Balfour Declaration was published, making British support of a Jewish State official. Together with other Zionists, Ben Gurion switched sides and joined the British Army’s Jewish Legion fighting alongside the British, against Ottoman rule in Palestine. At the end of WWI Britain received a mandate to rule Palestine, and Ben Gurion began working towards a Jewish homeland.

He founded the Jewish Battalion and the Ahdut HaAvoda. In 1921 he was appointed the first Secretary of the Histadrut and in 1933 became the Chairman of the Jewish Agency. Together with other dedicated Zionists, Ben Gurion actively campaigned for a Jewish state. He appeared before the Peel Commission which recommended a division of Palestine into Jewish and Arab areas. In 1948 Ben Gurion announced Israel’s Declaration of Independence. In the same year, the War of Independence broke out as Israel was attacked on all sides by its Arab neighbors.

During the war, Ben Gurion was the Prime Minister and Minister of Defence. In 1953 he resigned from political life but returned to the government as Minister of Defence in 1955. He won a second term in the Prime Minister’s office and was in power during the Sinai Campaign of 1955. In 1968 his beloved Paula passed away, and in 1971 he resigned from the Knesset and retired to his desert home in Sde Boker.

The house was built in 1930-31 as part of a workers’ housing project paid for by the Jewish National Fund. The new neighborhood was called Shechunat HaPo’alim Aleph (Workers’ Neighborhood A). Originally the house had only one room but was later expanded in 1946 to include a second floor.

Paula and David Ben Gurion lived in the house with their three children from 1931 to 1953. Until his death in 1973 the house remained one of the family’s three residences together with their home on Kibbutz Sde Boker in the Negev, and the official residence of the Prime Minister in Jerusalem. The house served as a residence and as the hub for Ben Gurion’s political and social activities.

The house has been restored to look as it did when the Ben Gurion family resided here. All of their personal belongings have remained in the house in their original condition. On the first floor, you can see the room of Ben Gurion’s daughter Renana which served as the War Room during the Suez Crisis (Operation Kadesh). It was here that Ben Gurion communicated to his Chief of Staff Moshe Dayan, and received updates on the progress on the ground.

The second floor of the house was used only by Ben Gurion. It holds a bathroom, bedroom, and a four-room library. Today the library displays Ben Gurion’s personal collection of books and newspapers in more than seven languages. The books give a glimpse into Ben Gurion’s life and interests. Most of the books focus on Zionism, culture, and Judaism. One of the library rooms was Ben Gurion’s study, and here you can see his desk with the red phone that connected him directly to the Defense Ministry. Here Ben Gurion met with Moshe Sharett, Aharon Zisling, and Yehuda Leib Maimin to draft the Israeli Declaration of Independence.

Visitors can also see Paula’s Room, where Ben Gurion spent the last days of his life before being hospitalized. In the Ben Gurion kitchen, you can see where the former Prime Minister ate Paula’s “kooch-mooch”, a dish of yogurt, apple sauce, and raspberry sauce. The Ben Gurion House Museum offers guided tours, symposiums, and exhibits memorabilia, and historic documents associated with David Ben Gurion. 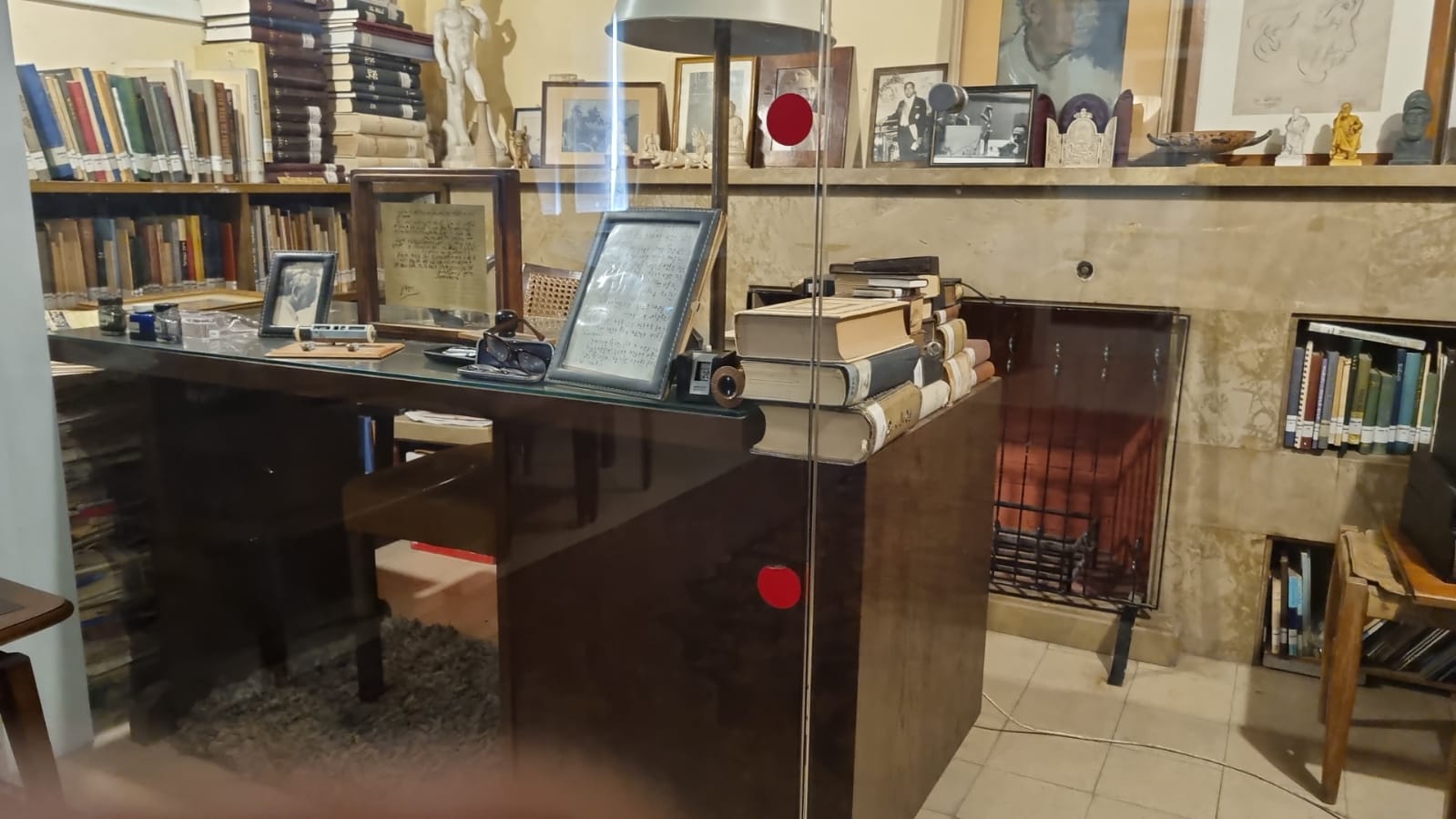