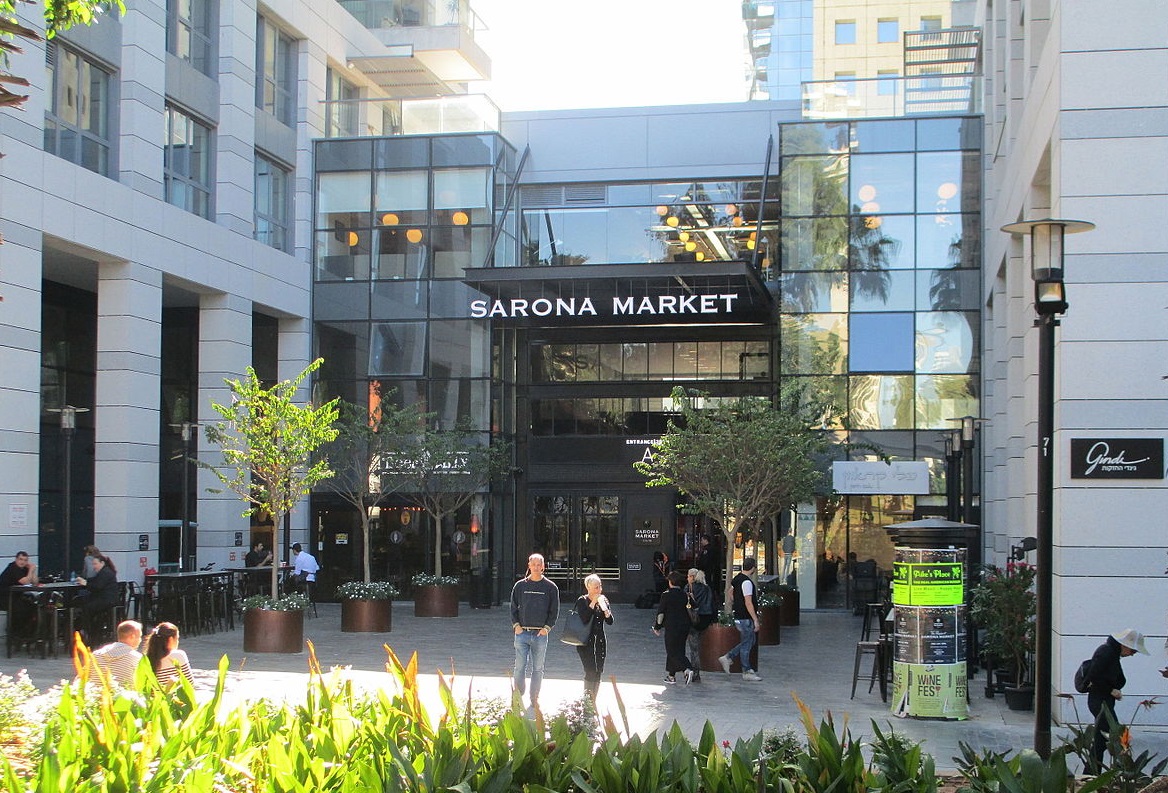 Located in the midst of bustling Tel Aviv, Sarona is a complex offering both locals and tourists a ‘non-stop experience’.  The home of jewelry stores, fashion boutiques, small cafes and trendy restaurants, it is part of a new central business district in the city.  Surrounding Sarona is a cluster of modern office buildings, but with its landscaped gardens and the ‘park’ area, it still has a ‘quiet’ feel to it.

Historically, the story of Sarona is fascinating.  It was established in the 1880s by German Templars, a Protestant sect with their roots in the Lutheran church.  These messianic Christians had made their way to the Holy Land, in anticipation of the second coming of the messiah, and created ‘colonies’ around the country, including Jerusalem and Haifa.

At this time, Tel Aviv did not exist as a city but by 1889 settlers had built 41 houses in the area and turned it into an agricultural colony.  Indeed, it was also the Sarona Templars who introduced the Jaffa orange to the local economy...a fruit that, today, is world-renowned. By the time of the Second World War, however, the Templars had gained a reputation as Nazi sympathizers and in 1939 they were labeled “enemy nationals” and exiled by the British to Germany and Australia.

The colony subsequently was used as a military base by the British and on the eve of their departure, it was handed over to the Jewish population.  After the establishment of the State of Israel, the buildings were used for a time as government offices and only in 2006 were plans established to regenerate the area, as well as to renovate and restore the old buildings in their original European style.

In 2014, Sarona opened to great fanfare and today has a well-deserved reputation as one of the city’s ‘hot spots.’  With a wide range of eateries, wine bars, and Israel’s famed ‘Max Brenner’ ice cream parlor, it’s a true culinary center and the ideal place to eat, after wandering through the small stores, all housed inside the old Templar buildings.

Its large indoor market houses a wide range of food counters selling all kinds of gourmet products, both from abroad and locally-sourced.  Visitors can sample artisan cheeses, breads, olives, and wines, as well as purchase delectable local fruits such as figs, apricots, and dates.

Outside there are often children’s entertainers performing and the small park area offers greenery surrounded by views of skyscrapers.  A very Tel Aviv experience!