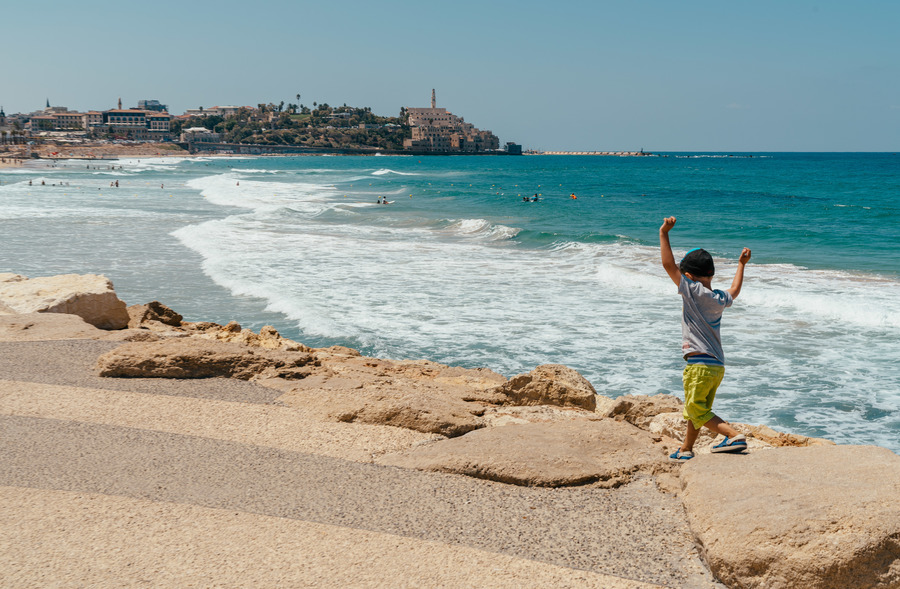 Tel Aviv Promenade, or Tayelet in Hebrew, stretches along Tel Aviv’s Mediterranean coastline, from the old Tel Aviv Port to Jaffa. On the inland side of the promenade are hotels, bars, and restaurants. And on the other side is a continuous strip of wide beaches. Although Tel Aviv promenade has been around since the 1930s, it was given a serious make-over in the 2000s. The renovations included a complete renewal of the 2.5km-long promenade. Today the Tayelet is a wide, colorful public space, with two levels. The upper level is for pedestrians, bikers, and skaters. And the lower-level blends bamboo decking and seating seamlessly down to the sand.

Whether you’re walking, cycling, or blading along the Tayelet, you’ll experience the magical atmosphere of Tel Aviv. You can breathe in the fresh salty air and enjoy the sunshine. Along the shoreline you’ll hear music blasting from beach bars, see people relaxing on the sand, working out, and playing the local beach paddle-ball game (Matkot). It is an easy walk or bike ride from Tel Aviv Port at the northern end of the promenade to Jaffa in the south. So, whether you’re there to grab a bite to eat, exercise, or enjoy the beach, the Tel Aviv Tayelet is a must for all visitors to the Big Orange.

The promenade was built in the 1930s when the British were UN-appointed administrators of Palestine. Briefly the beachfront became a popular recreational area. But the beaches were closed because of WWII. Later, the beaches were closed again, because sewage was being discharged directly into the sea. The beachfront became a disreputable, sleazy area that the public avoided. Then, in the 1960s, the ports of Jaffa and Tel Aviv closed. This changed the character of the promenade that stretched between the two ports. In the 80s, conditions improved. The city’s sewage was redirected to a treatment plant, and the beaches were cleaned up. The promenade was widened and breakwaters were built, expanding the beaches. By the early 2000s, the Tayelet’s granulite surface and unattractive gazebos made it look outdated, and it needed another face-lift.

In the early 2000s, Tel Aviv municipality funded major renovations of the promenade. The renovations were completed in 2018. The promenade designers made sure that the materials used to create the promenade are ecologically friendly. They used bamboo woodwork, bamboo decking in places, and reused construction elements to minimize the project’s environmental footprint. The design features curves, circles, and waves instead of straight lines. Even the pattern in the paving swirls like waves. This adds to the wonderful flow of the Tayelet and mirrors the motion of the sea. There is a variety of seating options-on beaches, stairs, and terraced sitting platforms. The promenade is accessible for wheelchairs and strollers, so everyone can enjoy the seafront.

Today boutique hotels, trendy cafes, and “in” bars line the Tel Aviv promenade. Visitors can move seamlessly from the stores and markets at the heart of Tel Aviv to the promenade and onto the beach. The Tayelet is where the city meets the sea. Making Tel Aviv an urban destination and a beach resort city. The promenade has also allowed a continual walkway from Tel Aviv Port, which is now an upscale boardwalk with eateries, entertainment, and a farmers’ market, to the restored Old Jaffa Port. Towards the Jaffa-end of the promenade is the Charles Clore Garden, a venue for flea markets, festivals, and recreation.

One of the most important improvements to the Tayelet was steps between the promenade and the sand, making the beaches easily accessible. There are recreational areas along the length of the promenade, including playgrounds, game courts, and sports facilities. Several unusual works of public art stand along the Tayelet. There are 13 unique beaches along the promenade. They offer various services, including lifeguards, beach restaurants, outdoor gyms, volleyball courts, water sports, and playgrounds. On the Tel Aviv Tayelet, you can see buskers, lovers, and families strolling along, the elderly playing backgammon, and people of all ages exercising, while younger visitors take selfies from all angles. 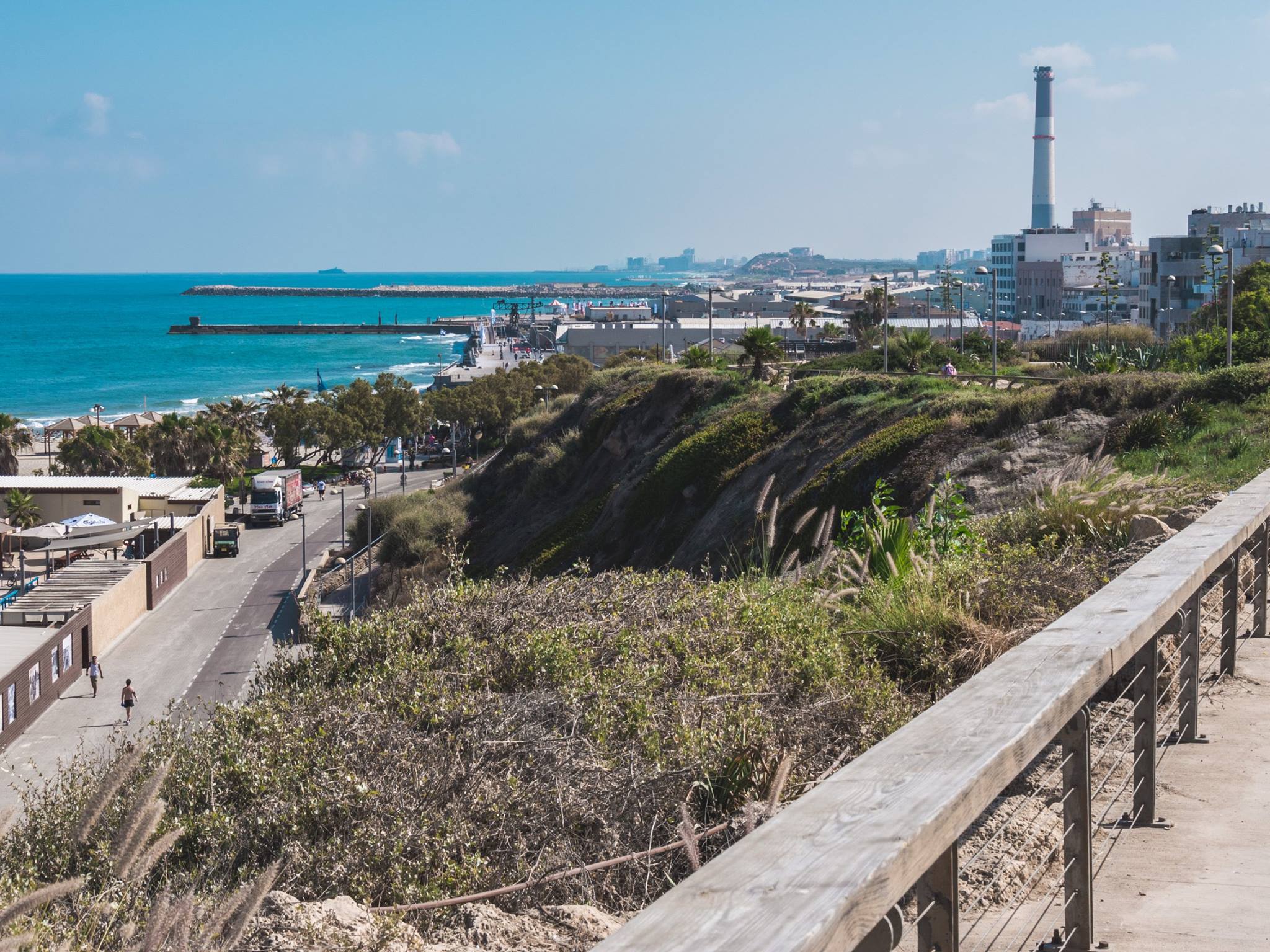