The Hall of Independence is a historic building on Rothschild Boulevard in Tel Aviv best known as the site of the signing of the Declaration of Independence.

History of the Hall of Independence

In 1909 a group of Jewish families gathered to draw lots deciding which land they would have in the new Jewish settlement called Ahuzat Bayit that would become Tel Aviv. Among those gathered was Meir Dizengoff, the future first mayor of Tel Aviv. He drew lot number 43, the site of the present Hall of Independence.

The Dizengoff family built their home on the plot at 16 Rothschild Boulevard. In 1930, Meir Dizengoff’s wife Zina died and Meir donated the house to the city asking that it be turned into a museum. The building housed the Tel Aviv Museum from 1936 to 1971.

The signing of the Declaration of Independence

On 14th May 1948 members of the Provisional State Council gathered to declare the independent State of Israel. 250 people were present; David Ben-Gurion read the Declaration of Independence; a Rabbi blessed the proceedings and they sang the new Israeli national anthem. 37 leaders of Israel’s communities and organizations signed the declaration (including 12 that signed later as they could not make it to the ceremony). Two of the signatories were women Rachel (Kagan) Cohen and Golda Meir; three of the signatories went on to become Prime Ministers; one became the President and 14 of the original signatories served as cabinet ministers in the Israeli government.

Today the original hall where the declaration was signed has been preserved and the building is used to exhibit authentic artifacts, documents, and historic photographs related to the declaration. The chairs are set out around the table as they were in 1948 and the names of those who attended the signing of the declaration are written on the chairs. Visitors can listen to a recording of the declaration ceremony and see a 16-minute film about the historic event.

Want to visit The Hall of Independence? join our Tel Aviv and Old Jaffa Private Tour. 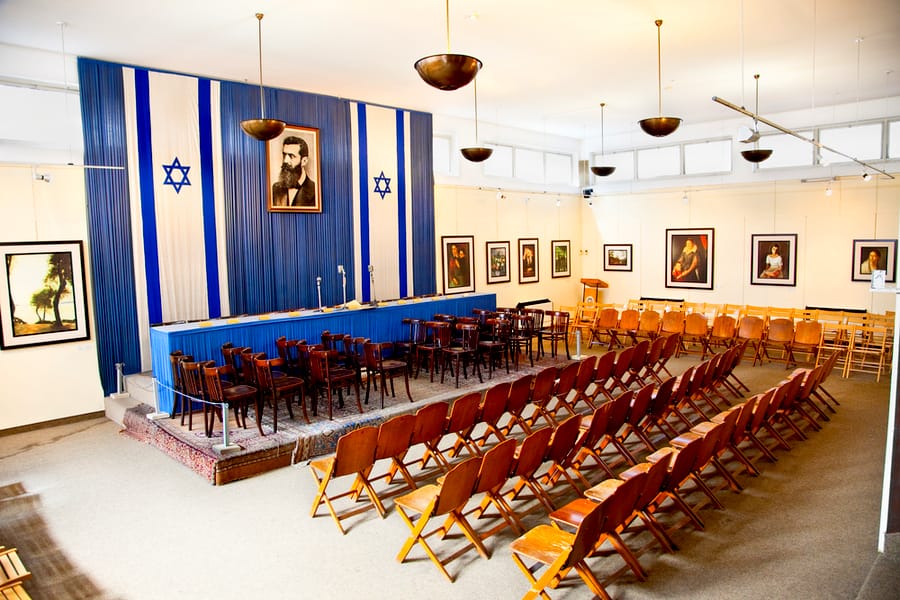