The iconic Dizengoff Street runs through Tel Aviv from Ibn Gabirol Street in the south to the Tel Aviv port area in the north. The street is named after Tel Aviv’s first mayor, Meir Dizengoff. It is famed for its glamorous fashion stores, bridal boutique, cafes and “in” eateries. Since its establishment in the 1930s, the fortunes of Dizengoff Street have risen, fallen and risen again; today a visit to the vibrant, bustling street is a must when in Tel Aviv. The northern end of Dizengoff Square is more up-market, with designer-name stores while the southern end is home to Dizengoff Shopping Center.

The Bauhaus Center is devoted to the predominant style of architecture in Tel Aviv which has earned the city UNESCO status and the name “The White City.” Visit the center to learn more about the Bauhaus style. In the center of Dizengoff Square stands a modern fountain created as part of a kinetic sculptural feature. It is now a convenient reference point when navigating the city. Six streets converge at Dizengoff Square with pedestrian walkways connecting the streets.

Dizengoff Shopping Center was Israel’s first major shopping mall opened in 1983. It consists of two towers across Dizengoff Street connected by a skywalk and underground walkways. The mall holds about 400 stores, restaurants, a cinema complex and galleries. A Kabbalah Center stands on the corner of Ben Ami Street and Dizengoff. The Gallery of International Naïve Art showcases naïve art from Israel and around the world. Tamara Juice Stand is a classic “kiosk” on the corner of Gordon Street and Dizengoff where you can get refreshments.

The Mann Auditorium is a 2,760-seat performance venue built in 1957 and the permanent home of the Israeli Philharmonic Orchestra. Some of the greatest names in music and entertainment from around the world have performed here. Cinema Hotel and Center Chic Hotel are two historic Bauhaus buildings that have been converted into boutique hotels maintaining their original character. The Cinema Hotel is the former Esther Cinema and the Center Chic Hotel celebrates the city’s architecture.

Want to stroll the streets of Tel Aviv? join a Tel Aviv Private Tour and explore the city. 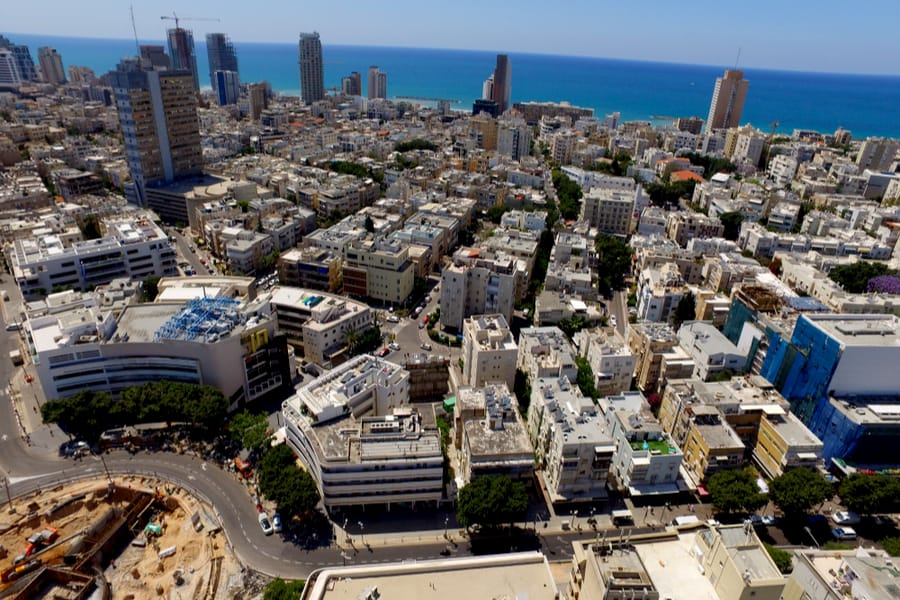