UNESCO Site: The White City of Tel-Aviv – The Modern Movement

The White City of Tel Aviv was designated a UNESCO World Cultural Heritage Site in 2003 for being an outstanding example of new town planning and 20th century architecture. It was also recognized as portraying a synthesis of several Modern Movement architectural trends together with the existing cultural traditions and adaptations to suit the climatic conditions. Tel Aviv, Israel was founded in 1909; urban planner Sir Patrick Geddes created the master plan for the new city which was approved in 1929 and from the 1930s to 1950s European trained architects created a city of modern buildings. Although Sir Geddes did not prescribe the style of architecture, Tel Aviv benefited from the closing of the Bauhaus School in Berlin and the influx of German Jewish architects as a consequence of WWII. 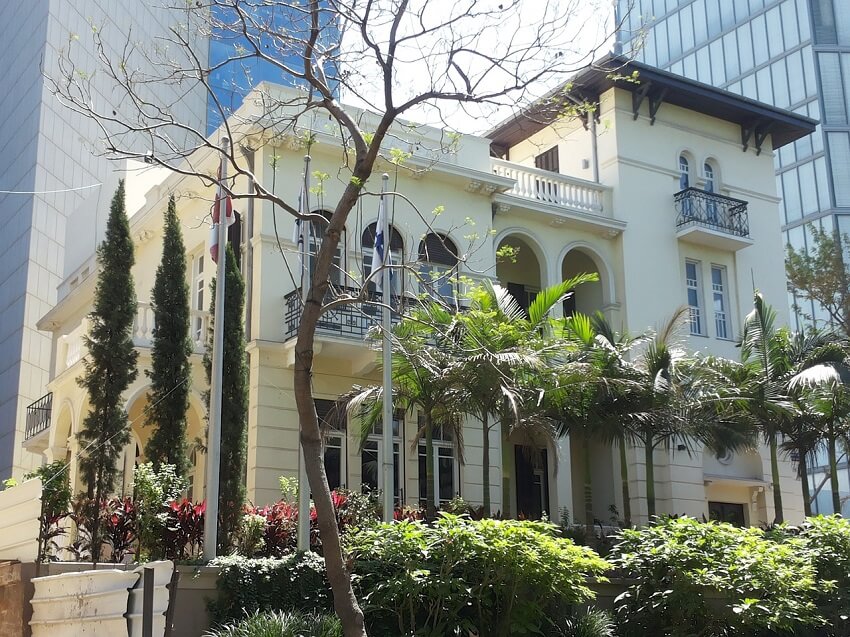 The city has three zones with the central zone being, what is now called the White City where there are building designs influenced by the Bauhaus, Le Corbusier, and Erich Mendelssohn movements. Architects expressed their artistic sides when creating a collection of buildings representing the most significant trends in 20th-century architecture’s Modern Movements. Zone A established in the 1930s and 40s; Zone B was established in the early 30s and Zone C, the Bialik District was established in the 1920s and has examples of Art Deco and eclecticism.

In contrast to some cities, Sir Geddes designed a city based on an environmental approach that takes into account the existing physical elements and social and human needs. In his vision of Tel Aviv Sir Geddes pioneered the idea of an organic, constantly evolving city. His master plan of Tel Aviv incorporated the plurality of modernist trends that were being developed in Europe. No other city epitomizes the synthesis of modern architectural trends on such a grand scale as Tel-Aviv. Tel Aviv has more than 4,000 Bauhaus and international architectural style buildings.

Besides being a living museum of 1930s modern architecture the architects manage to incorporate local traditions, culture, and climate and adapt them to make them exist harmoniously side by side with the European styles. The Middle Eastern style cupolas were one of the local architectural elements included in the Tel Aviv buildings.

Some of the adaptations made to the Bauhaus style to accommodate the environment include the small windows to guard against the hot sun and raising the buildings on pillars so that wind blowing beneath the building could cool the structure. The white walls were another adaptation to help reflect the heat, and in so doing, this adaptation gave Tel-Aviv its nickname – The White City.

Apart from the high concentration of exquisite Bauhaus buildings, the city planning was part of the UNESCO recognition. Sir Geddes’ plan consisted of an even balance of open and closed spaces, green and built-up areas, and urban parceling. Thankfully modern construction has not interfered with the original urban infrastructure and the White City has been preserved, surrounded by high-rise buildings from the 1960s to the present day.

Restoration of many of the beautiful buildings has highlighted the Bauhaus style entrances, balcony railings, shuttered window frames, cubic shapes, rounded corners, and functionality over ornamentation. Constant efforts are being made to restore and protect the remaining buildings of the White City.