Well, it’s official - Tel Aviv has just been named by Forbes as the second best city in the world to visit in 2020 (disclosure: the White City was only beaten by Sin City...aka Las Vegas).  And for anyone who’s visited here, this decision will come as no surprise. With its miles of pristine, sandy beaches, eclectic foodie scenes and diverse neighborhoods (historic and hipster) you’re spoilt for choice with ways to enjoy yourself. Here’s our guide to 48 action-packed hours in Tel Aviv, a taste of a city that we guarantee will leave you longing for more.

Start your morning at the Namal Port.  Originally built in the 1930’s and used to store Israel’s most successful export - Jaffa Oranges - the hangers are still in evidence.  Today, however, it’s more of a commercial hub, with a wonderful boardwalk, plenty of fashionable stores and restaurants and a Friday Farmer’s Market that sells high-end local produce.
After you’ve wandered the area, grab a coffee or ‘limonada’ (Israelis take theirs with mint) and begin strolling south, along the promenade (‘tayellet’) along the endless beaches.  Each has its own unique flavor (some are popular with surfers or dancers, others with dog-lovers of the gay community) but all have fine white sand, clear water, benches to sit and take in the view and even free workout stations (incredibly popular with the locals, who love to stay in shape). 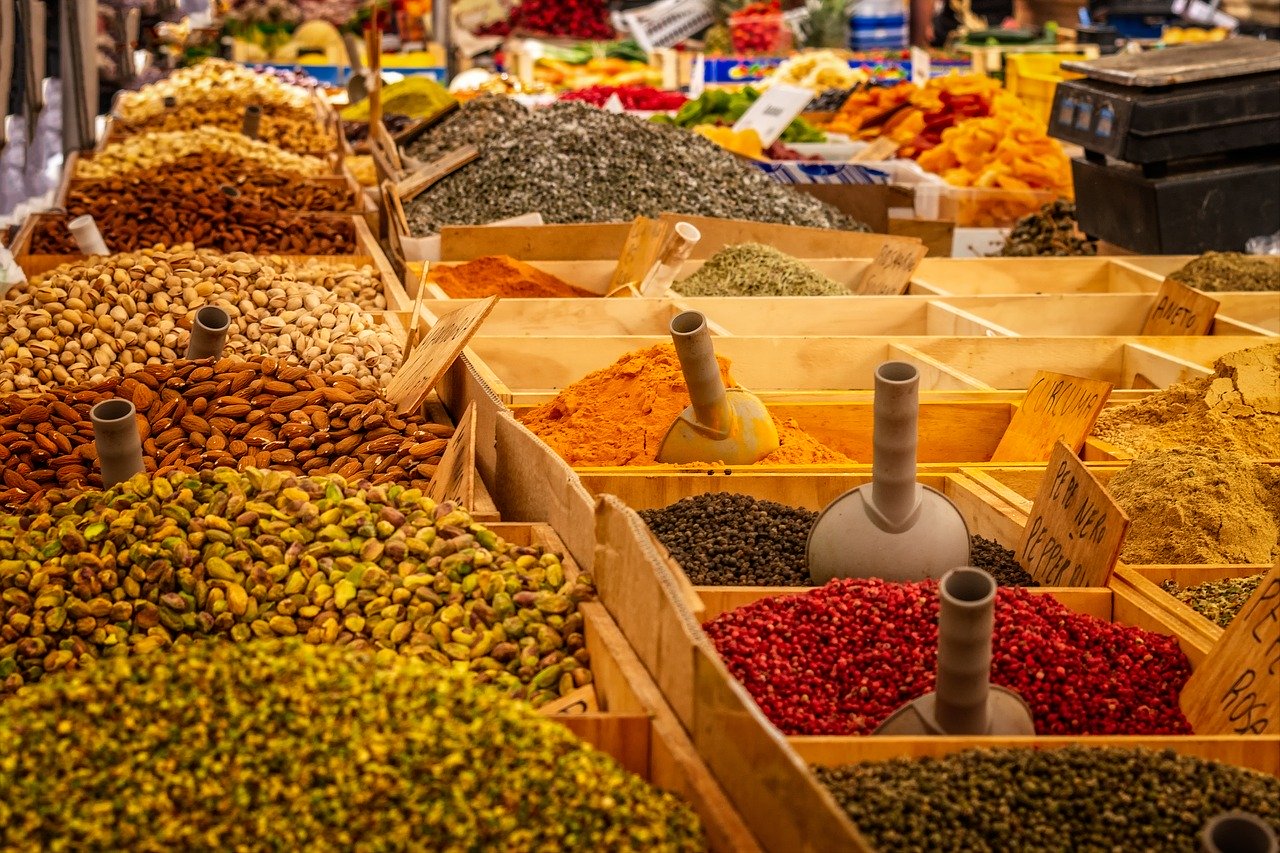 After around 45 minutes, you’ll hit the Yemenite Quarter, a maze of alleyways, part-renovated, part-dilapidated, but full of charm.  Wander the narrow streets then make your way into the Shuk ha Carmel, Tel Aviv’s most lively and colorful market which is a hive of activity before the Jewish Shabbat begins on Friday night.
Take in the Levantine smells, purchase some local spices to take home, then grab lunch at Shlomo and Doron (a grandfather and grandson team) renown for their affordable hummus, and delicious vegan toppings. Afterward, sit with the locals at Beer Bazaar, one of the market’s most popular hangouts, which stocks over 100 different craft beers from around the country.  It’s always lively, with occasional musical performances as the day wears on. Walk five minutes down to the beach and watch the sun go down over the Mediterranean. 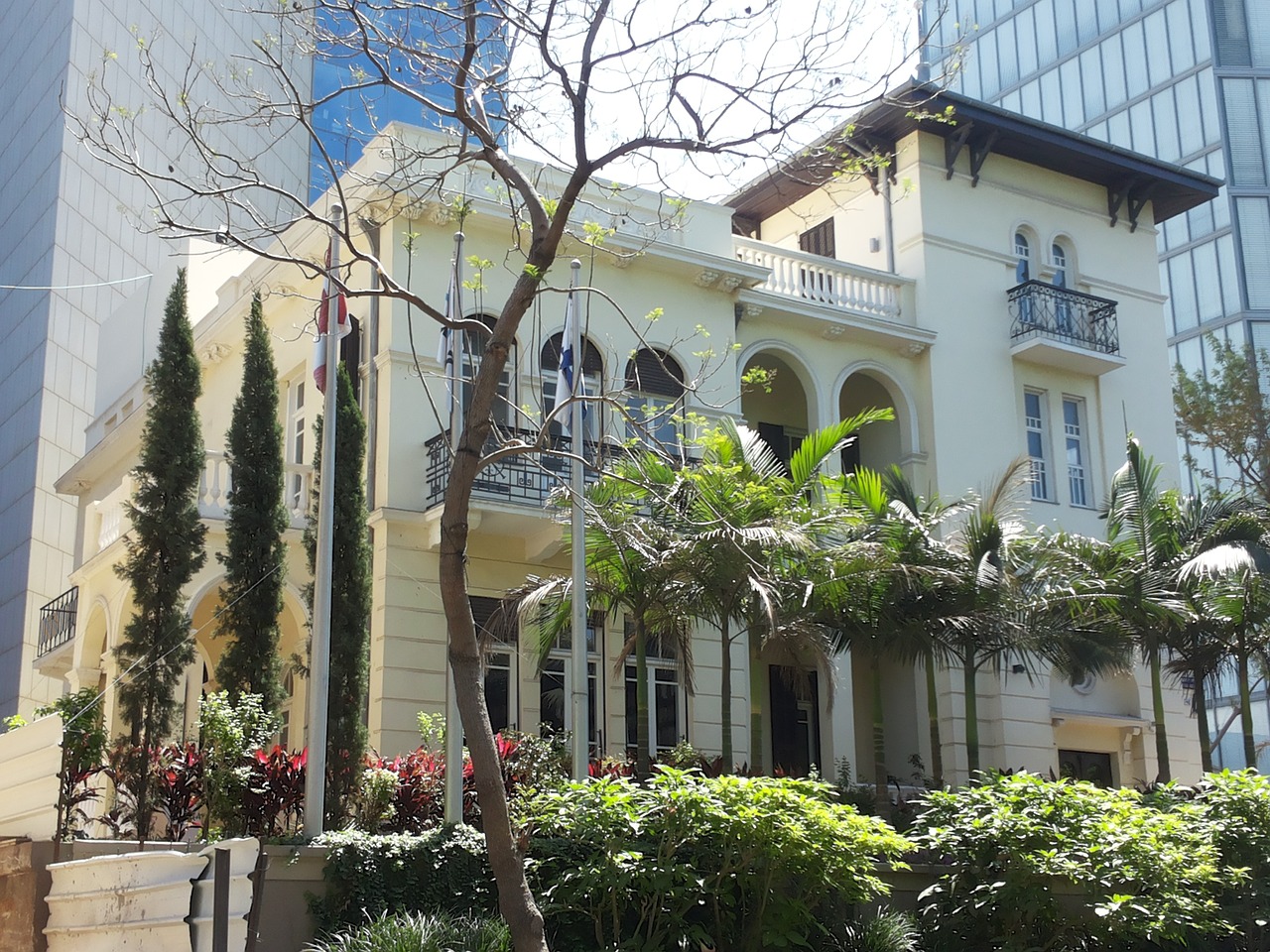 After a quick nap, take an early evening stroll along Rothschild Boulevard, one of Tel Aviv’s most iconic streets, crammed full of Bauhaus buildings, a style that originated in 1930s Germany and which gave Tel Aviv the name of ‘White City’.
There’s no shortage of good restaurants in the neighborhood - we’d recommend Cafe Noir,  a long-established European-style bistro, with seating areas that cater both to romantic dates and those inclined to a more buzzy atmosphere.  It’s rumored that they serve the best chicken schnitzel in town, but don’t take our word for it!
Stroll home leisurely whilst watching Tel Aviv’s young crowd head out for fun - the city has one of the most enviable nightlife scenes in the world and it’s rumored that things rarely get started before 2 am! 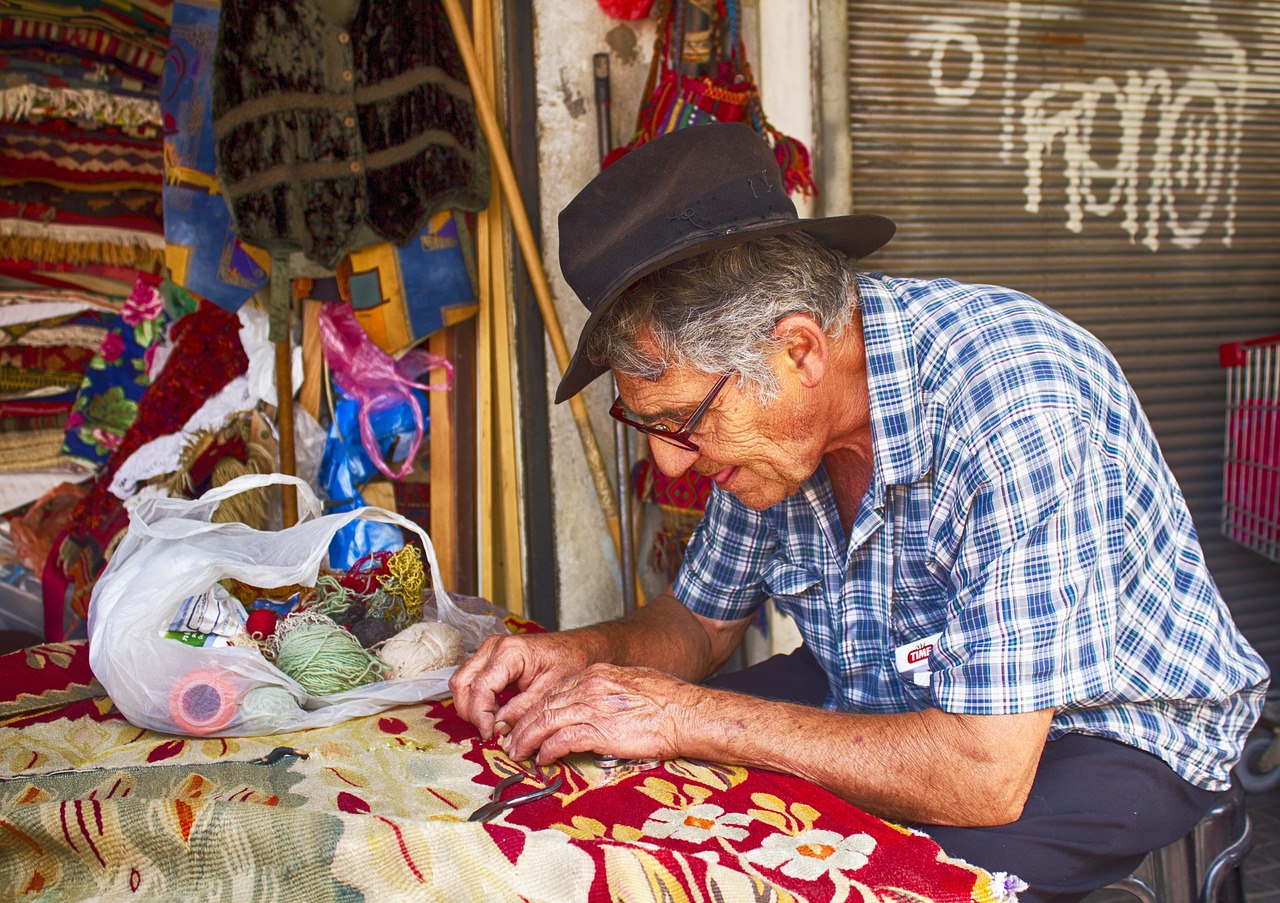 Begin your day in the ancient port of Jaffa, with a history that stretches back 2,000 years.  Wander the narrow streets (named after zodiac signs) and pop into some of the many art galleries in the neighborhood.  Walkthrough the Abrasha Park (with its stunning views) - this area is home to St Peter’s Church (with its Spanish baroque style), the ‘Gate of Faith’ statue (made of marble from the Galilee) and the ‘Smiling Whale’ sculpture.
A short stroll away is the Jaffa Flea Market and whilst the second-hand section is closed on Shabbat, there are plenty of stores, cafes and restaurants to enjoy.
For lunch, we’d recommend the quirky Pua, which has been around forever but retains a special charm.  The food is fresh and simple but moderately priced and beautifully served, and the portions are enormous.   Moreover, it offers plenty of vegetarian and vegan options (including pumpkin dumplings, red tahini and fried cauliflower).  Don’t hesitate to order a jug of their lemonade to go with your meal. (Fun fact: every piece of furniture in the restaurant is for sale...). 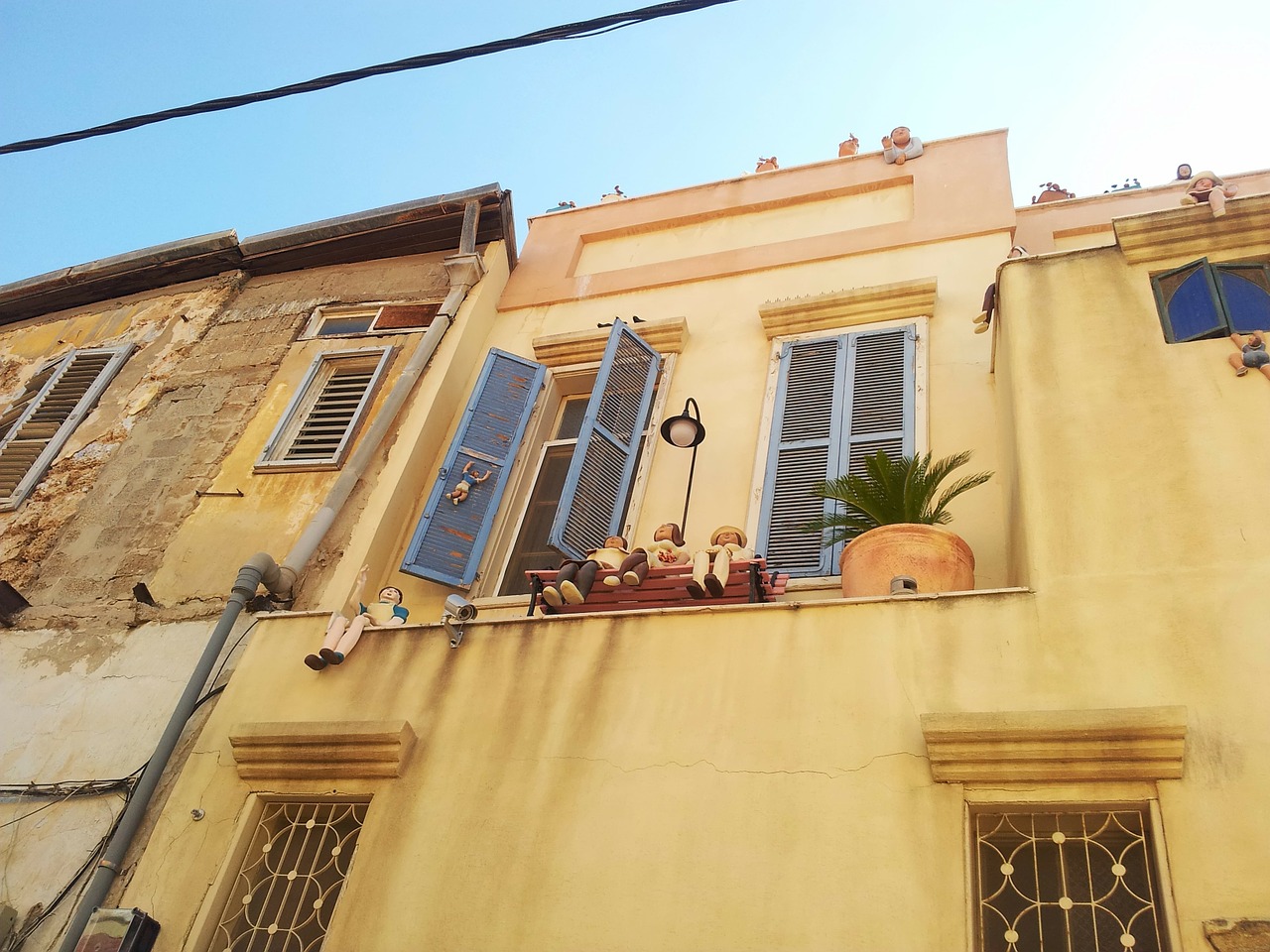 From Jaffa, take a leisurely stroll along the beachfront to Neve Tsedek, one of Tel Aviv’s oldest and most picturesque neighborhoods.  Wander down Shabazi Street (the main thoroughfare), peruse the boutiques and jewelry stores then pop into the Anita gelateria for a sweet treat, or enjoy a coffee at Suzanna, a long-standing local haunt with a lovely garden in which to sit.  Neve Tsedek is also packed full of cultural treasures including the Suzanne Dellal Centre (a cultural center, which is home to Israeli dance) and the Rubin Museum (who painted in a style similar to that of Matisse and was occasionally referred to as the ‘Gaugin of Palestine!’)

Spend your evening on Dizengoff Street which, like Rothschild Boulevard, has to be experienced.  Named after the city’s first mayor, it has a bit of everything - fine-dining, casual coffee shops, glamorous cocktail bars and it’s the newly-renovated central square, complete with fountain, chairs and trees that provide shade in the scorching summer months.
Enjoy a ‘Happy Hour’ cocktail at Spicehaus (a ‘concept’ bar where the staff dress as pharmacists and the skeleton at the door reminds of your old school biology lab).  Drinks are served, appropriately, in potion bottles of three sizes - and we recommend the Istanbul-Louisville Express (with gin, lychee, aloe vera and rose flavoring).  Then, a stone’s throw from the bar, have dinner at La Shuk, serving elegant, Mediterranean food (think fresh seafood, kebabs and a medley of vegetable dishes).  This is a hot spot (with a patio that’s perfect for people-watching) so be sure to make a reservation in advance.
Dizengoff is always lively on a Saturday night, and so if you’ve any remaining energy, there’s always going to be a bar or coffee shop to wile away your last hour or two.