Each year Jews celebrate the holiday of Hanukkah which is often called the “Jewish Christmas” because it occurs in December. If you happen to be in Israel during Hanukkah you will be lucky enough to share in this special celebration. Unlike Christian holidays the date of Hanukkah changes each year because of the Jewish lunar calendar. In Israel Hanukkah is a week-long school holiday but there are no days observed like Shabbat so all top attractions in Jerusalem and other cities as well as stores remain open as usual. There are many special events put on to keep Israeli school kids busy and to entertain locals and visitors alike. 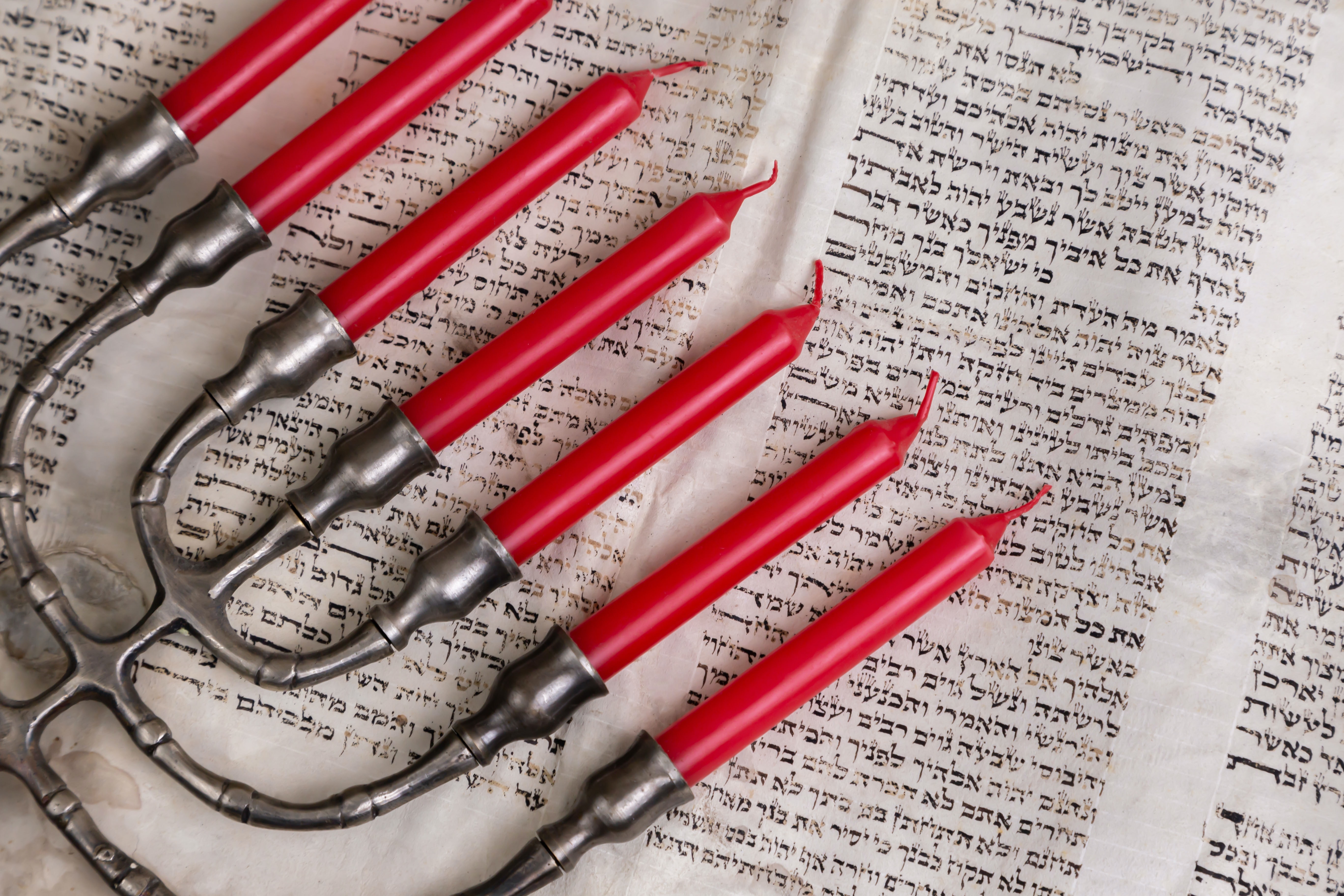 Hanukkah menorah against the background of Tanach page. Photo by Diana Polekhina on Unsplash

The Hanukkah holiday celebrates an event that took place in the 160 SBC. During that time Palestine was ruled by Greek-Syrians and Jews were persecuted. Jews were forbidden to worship, many were murdered, scrolls were burnt and the Holy Temple in Jerusalem was desecrated. A small group of Jews rose up against their oppressors and fought back in the “Maccabean Revolt.”

The Jews were victorious and proceeded to restore the Temple and rededicate it. Part of rededicating the Temple was lighting the Menorah (a seven-lamped candelabra which had to remain lit eternally. When the Maccabees came to light the Temple’s Menorah they found that only a small jug of the required pure olive oil remained. The oil should have been sufficient only to light the lamp for one day. However, a miracle occurred and it remained lit for eight days by which time more oil had been found.

To commemorate the events of Hanukkah Jews light candles on an eight-armed candelabra (called a Hanukkia). On the first night of Hanukkah one candle is lit and each successive night an additional candle is lit until all eight are lit. In addition, there is the 9th candle in the middle of the Hanukkiah which is used to light the others. The symbols of Hanukkah are light, oil, the hanukiah, and the dreidel – a spinning top. 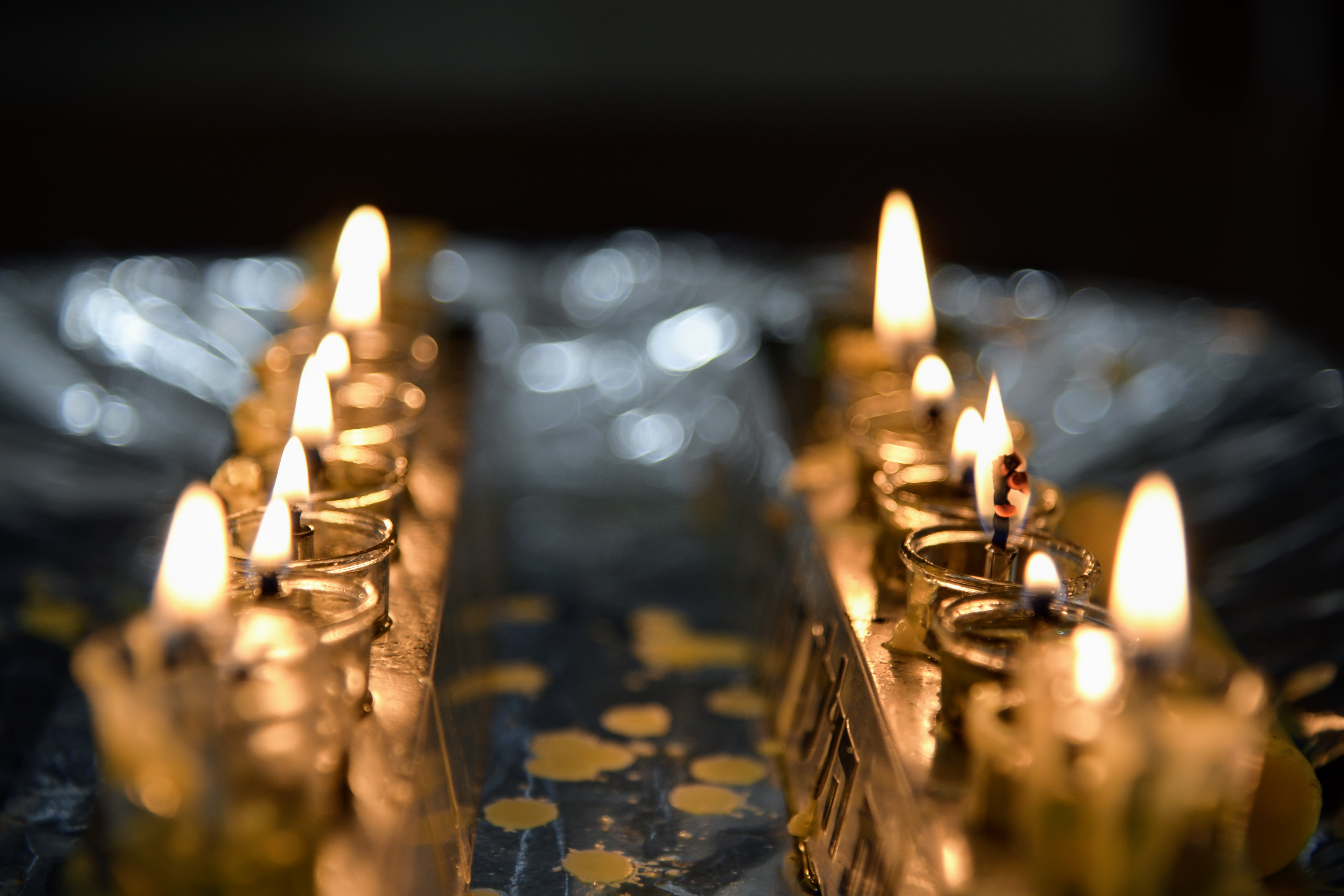 How is Hanukkah Celebrated in Israel?

Bearing in mind the symbols of Hanukkah you will see a lot of fried foods (commemorating the miraculous oil) in Israel during Hanukkah. The most famous Hanukkah food is the doughnut or sufgania. This is a round doughnut with no hole in the middle but instead, it is filled with jam. Every café, restaurant, and kiosk will be selling sufganiot.

These days there are many different kinds of sufganiot, from chocolate to alcohol flavored! An estimated 24 million sufganiot are eaten in  Israel each Hanukkah. The symbol of light and the hanukkiah can be seen in Israel during Hanukkah. Each Israeli household displays a hanukkiah on the windowsill.

Special Events in Israel during Hanukkah

During the Hanukkah holiday in Israel, there is a plethora of theatrical productions, musical shows, concerts, and dance productions geared towards families. The most famous of these Hanukkah shows is the Festigal, a spectacular extravaganza of bright costumes, comedy, music, and dance. Top Israeli performers often appear in the Festigal. The Festigal is held annually in Tel Aviv. A more recent addition is Motek Shel Festival which is the same idea but geared towards a younger audience. 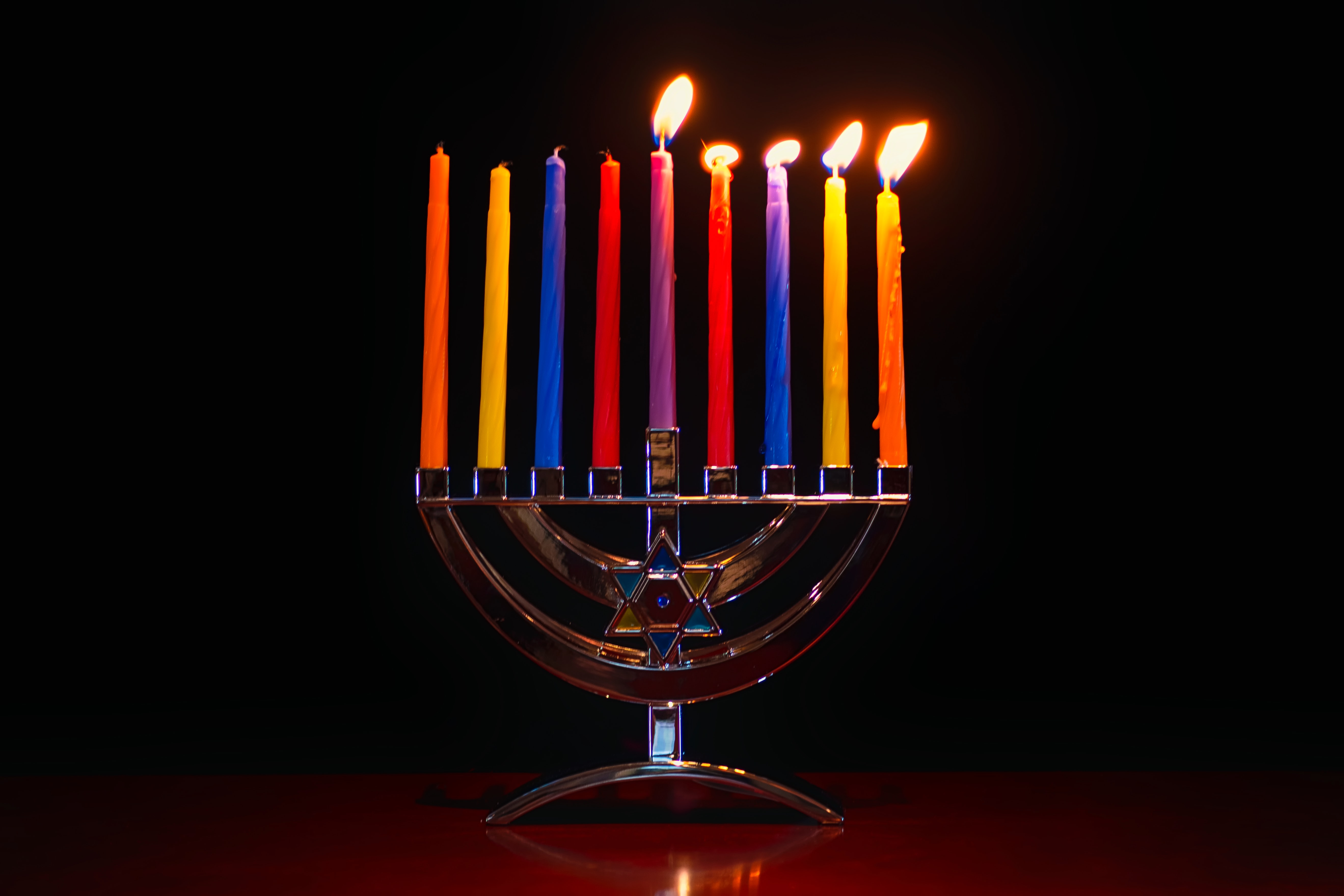 Hanukkiah with 5 lit candles. Photo by Robert Thiemann on Unsplash

Special walking tours of Jerusalem and the religious city of Bnei Brak are organized so that you can see the many hanukkiot displayed in the windows of private homes. This kind of Hanukkah tour takes place at night and includes walking through neighborhoods where many hanukkiot are displayed.

The lighting of the Hanukkiah

Most museums hold special themed exhibits or workshops during Hanukkah. Science museums often hold demonstrations of light experiments. Other museums display artistic variations on the hanukkiah or hold kids' workshops where they can create their own hanukkiah, spinning top, or candles. 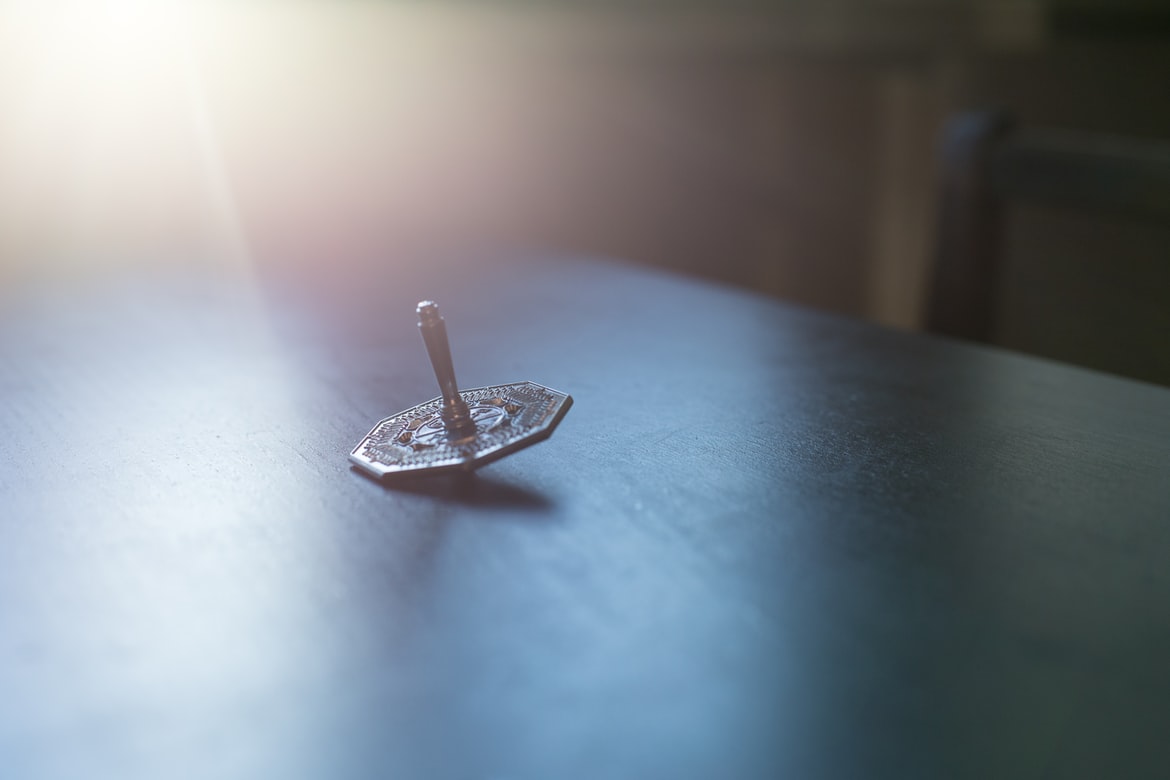 In addition, there is the Museum of Edible Oil Products in Haifa which naturally ties in with the Hanukkah theme. The Hasmonean Village recreates the Hanukkah story each year; the Ein Yael Oil Festival is held in Jerusalem.

Of course, the Israelis party whenever there is a good excuse! And Hanukkah is no exception. You will find bars, pubs, and clubs across the country holding Hanukkah parties throughout the holiday.

The Haifa municipality holds special events on weekends throughout December. The Holiday of Holidays activities and shows celebrate Christmas, Hanukkah, and Eid al-Fitr.