There are so many things to see and do in Jerusalem that narrowing down the list to just 10 is almost impossible – but someone has to do it! If your time in the City of Gold is limited then you will need to pick and choose only the best attractions and activities in Jerusalem. 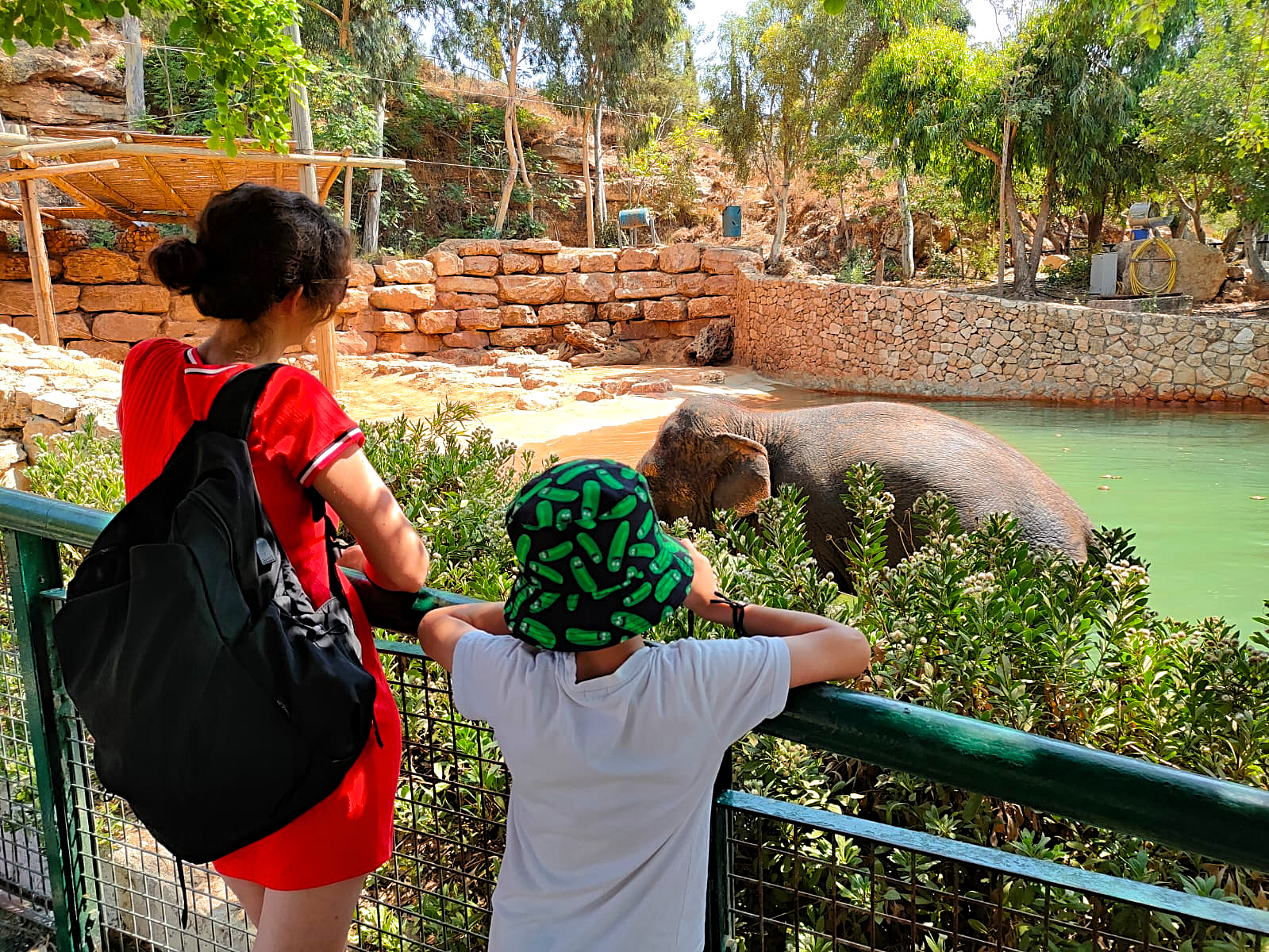 Jerusalem is the capital of the State of Israel and a sacred city in the Christian, Muslim, and Jewish faiths. Over the course of thousands of years, Jerusalem has remained a truly eternal city and one with certain magic which can only really be understood when you there surrounded by biblical, Byzantine, Crusader, Ottoman, and modern historical sites.

Ok, so this is a bit of a cheat, as the Old City of Jerusalem is one site with many attractions. Within the ancient Old City walls are the top attractions of the city and the most important Christian, Muslim, and Jewish holy sites. In addition to the most famous sites, there are many hidden gems, markets, stores, excavated Roman ruins, synagogues, and churches in the Old City of Jerusalem. You can follow the Via Dolorosa, visit David's Tower, see a Sound and Light Show or walk the Ramparts.

Church of the Holy Sepulchre – This huge church was consecrated in 335AD and holds the last five Stations of the Cross, the Stone of Anointing, Calvary, the holy tomb or sepulcher where Jesus was buried and resurrected, and many small chapels. The church marks the end of the Via Dolorosa, the route Jesus took through the Old City towards his crucifixion.

Western Wall – The Kotel (Wailing Wall) is a segment that has survived from the original Second Jewish Temple which was destroyed in 70AD. Today Jews pray at the Western Wall as they do in synagogues. This holy site is the closest Jews can get to the site on Temple Mount where the Temple once stood. You can place a prayer note between the large limestone blocks which make up the wall. You can visit the Western Wall Tunnels running beneath the Old City along part of the Wall which is hidden underground. 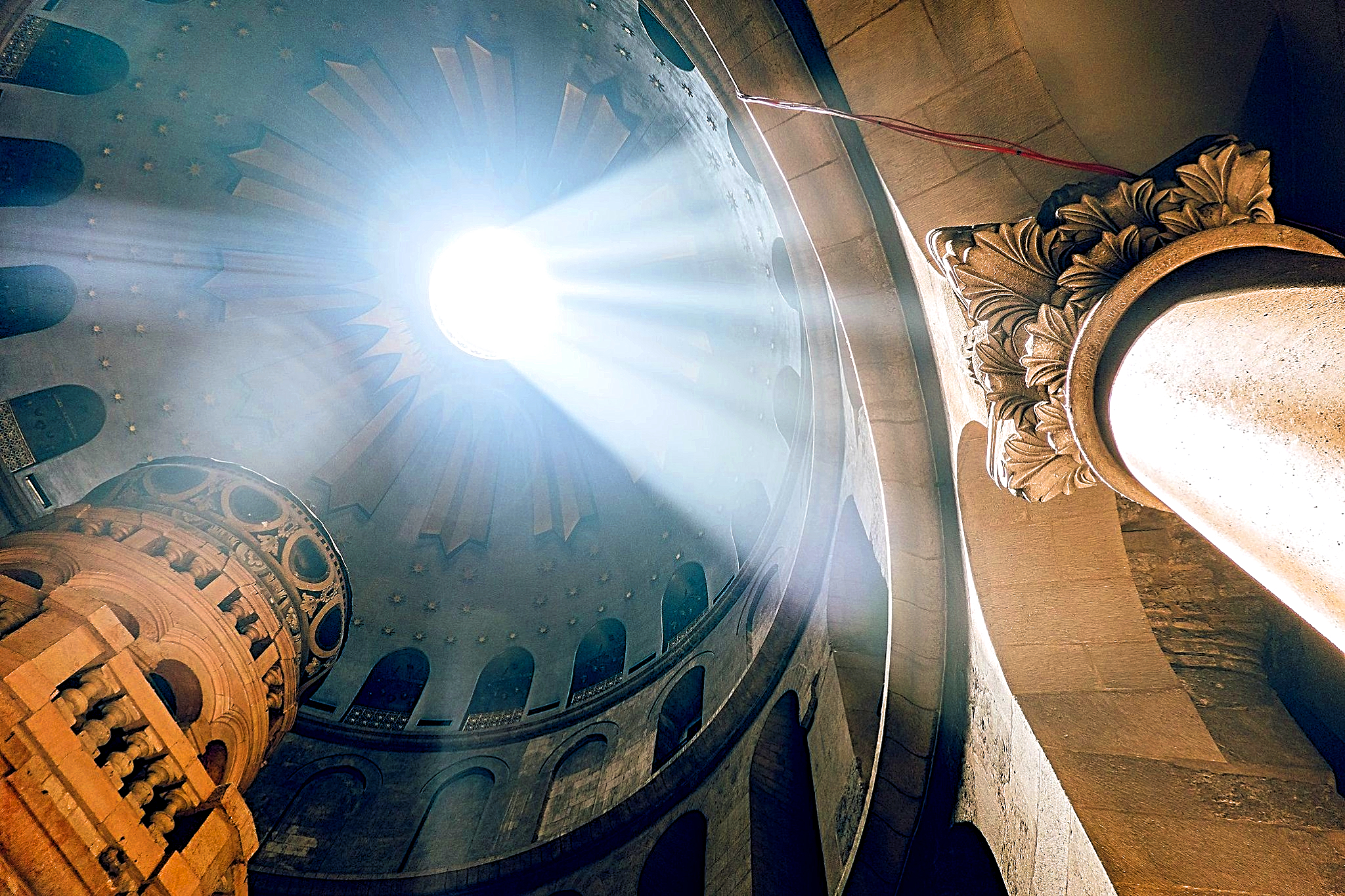 Dome of the Church of the Holy Sepulchre. Photo credit: © Dmitry Mishin

Perched on Mount Herzl overlooking the forests and hills of Jerusalem is this memorial to those who lost their lives in the Holocaust. The Holocaust Museum includes a Children’s Memorial, Hall of Remembrance, Museum of Holocaust Art, a sculpture garden, and the Garden of the Righteous Among Nations.

Here you can see filmed testimonials from people who were in the Nazi concentration camps as well as thousands of authentic artifacts from the camps and the Holocaust period. The museum building has a unique design that leads you through the Holocaust story with multimedia exhibits, provocative displays, and somber photographs and documents.

Get a taste of Jerusalem’s “shuk” a marketplace with all the character, color, flavors, and aromas of the Middle East. The Mahane Yehuda market is spread over several lanes and stalls are loaded up with fresh produce, baked goods, spices, nuts, dried fruit, and even household items and clothing. There are several eateries in the market where you can try some authentic Jerusalem cuisine.

Israel’s national art and archaeological museum exhibits a vast range of Israeli and international art and artifacts. Among the gems of the Israel museum, there is the oldest artwork in the world, a Youth Wing, fine art, pieces by Rembrandt, Chagall, Pissarro, Henry Moore sculptures, and a special section devoted to Jewish Art and Life. On the grounds of the museum is a model of the 2nd Temple and the Shrine of the Book, where you can see the Dead Sea Scrolls, the oldest copy of the Bible in the world. 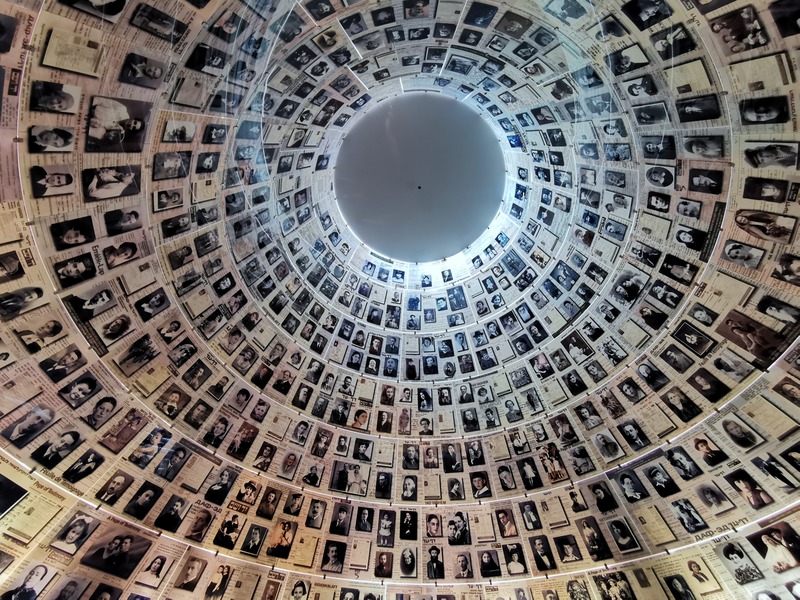 Like the Old City, this site holds several attractions. The mount stands alongside the Old City; it has been used as a Jewish cemetery for over 3,000 years. The mount features several sites from the New Testament. Among the landmarks on the Mount of Olives is Augusta Victoria Hospital; the Russian Orthodox Church of Mary Magdalene with its distinctive gold onion domes; the Seven Arches Hotel and the Dome of the Ascension which holds a stone with the last footprint of Jesus before he ascended to heaven. For a great view of the city visit the observation promenade on the Mount of Olives.

Church of the Pater Noster – This church stands where Christ taught his disciples the Lord’s Prayer. The present church bears plaques featuring the Lord’s Prayer in more than 100 different languages.

Church of Dominus Flevit – From here Jesus looked out over Jerusalem and wept. The present tear-shaped church was built in 1955 and has a window overlooking the Old City so that visitors can experience the same view that Jesus would have seen.

Garden of Gethsemane – Here it is believed that Jesus came to pray just a few hours before his capture by the Romans and subsequent crucifixion.

Church of All Nations – The Basilica of Agony built in 1924 is recognizable from afar by its large colorful mosaic above the entrance portico and its 12 grey domes on the roof. The church marks the site where Jesus prayed on the night of his arrest. 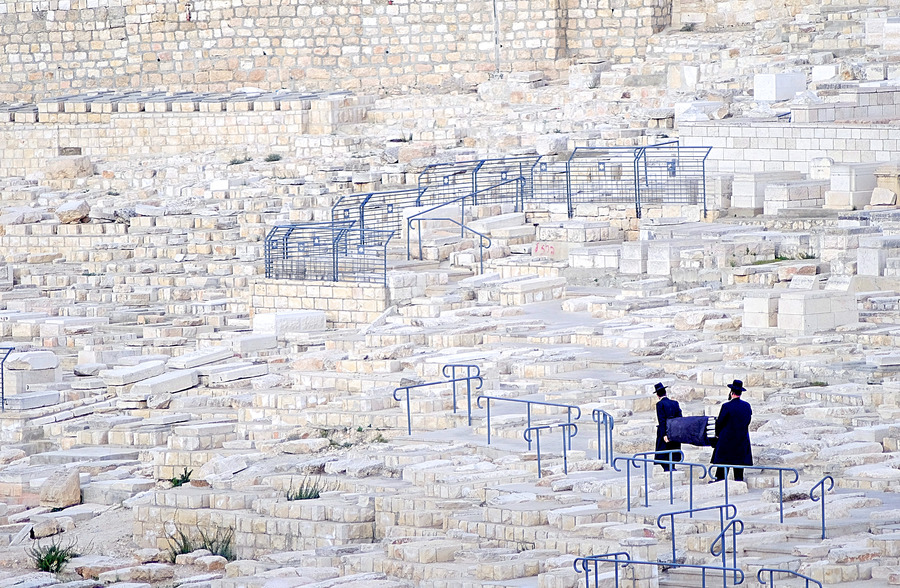 At Jerusalem Biblical Zoo, you can see animals that are mentioned in the Old Testament as well as endangered species. The zoo covers 62 acres and is designed with lush gardens and trees. There is a man-made lake, pools, waterfalls, and a miniature train. The animal enclosures are without conventional bars and cages but rather recreate the animal’s natural environments. Over 2,000 animals live at this zoo and by each enclosure, you can see the quote from the Bible which mentions the featured animal.

The original City of David established in the 10th-9th century BC existed outside the present Old City walls. Today the site has been excavated to reveal water tunnels that brought water to the city and the remains of a city. Visitors can follow Hezekiah’s tunnels, see the remnants of homes from the biblical period and the remains of a Canaanite fortress. This is an exciting experience as you walk through the dark tunnels with water at your feet from Gihon Spring to the Pool of Siloam

You can visit this important building and take a look from the outside or take a tour of the interior. Tours are held on Sunday and Thursday at 8:30 am, noon, and 2 pm, they last an hour and are free but remember to bring your passport. You don’t need to book in advance for one of these tours.

On the tour, you’ll get an overview of the workings of the Israeli parliament as well as get to see the magnificent works of art and photography on the Knesset walls. The Knesset holds several valuable pieces including works by Reuven Rubin, Kedma, and Moshe Castel. The tour stops at the Chagall Hall, Knesset Library, Plenary Chamber, and other architecturally interesting points in the building. At the moment, only virtual tours are possible. 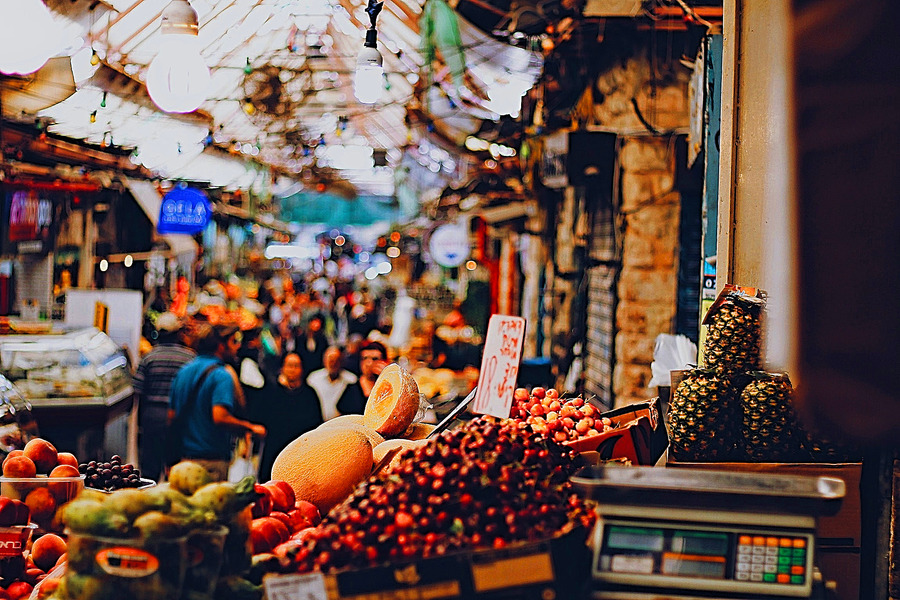 Mount Zion is located on the edge of the Old City. Like the Old City and Mount of Olives, you can see several attractions on Mount Zion. The most significant sites are the Room of the Last Supper where Jesus ate with his disciples on the night of his arrest and the Tomb of David where King David is said to be buried. Other must-see attractions on Mount Zion include the Dormition Abbey, the Chamber of the Holocaust, and a Catholic cemetery where Oskar Schindler (of Schindler’s List) is buried.

This ancient village is built on a hillside surrounded by hills, olive groves, vineyards, and forests. It is the traditional site where John the Baptist was born and one of Jerusalem’s most picturesque neighborhoods. It is an idyllic green area with quaint stone houses, courtyard cafes and restaurants, and several small churches and monasteries. Ein Kerem landmarks include the Church of St. John the Baptist; Church of the Visitation; Les Soeurs de Notre-Dame de Sion Russian Orthodox Convent and Mary’s Spring.

Liked this article? Join a One Day tour to Jerusalem Old & New 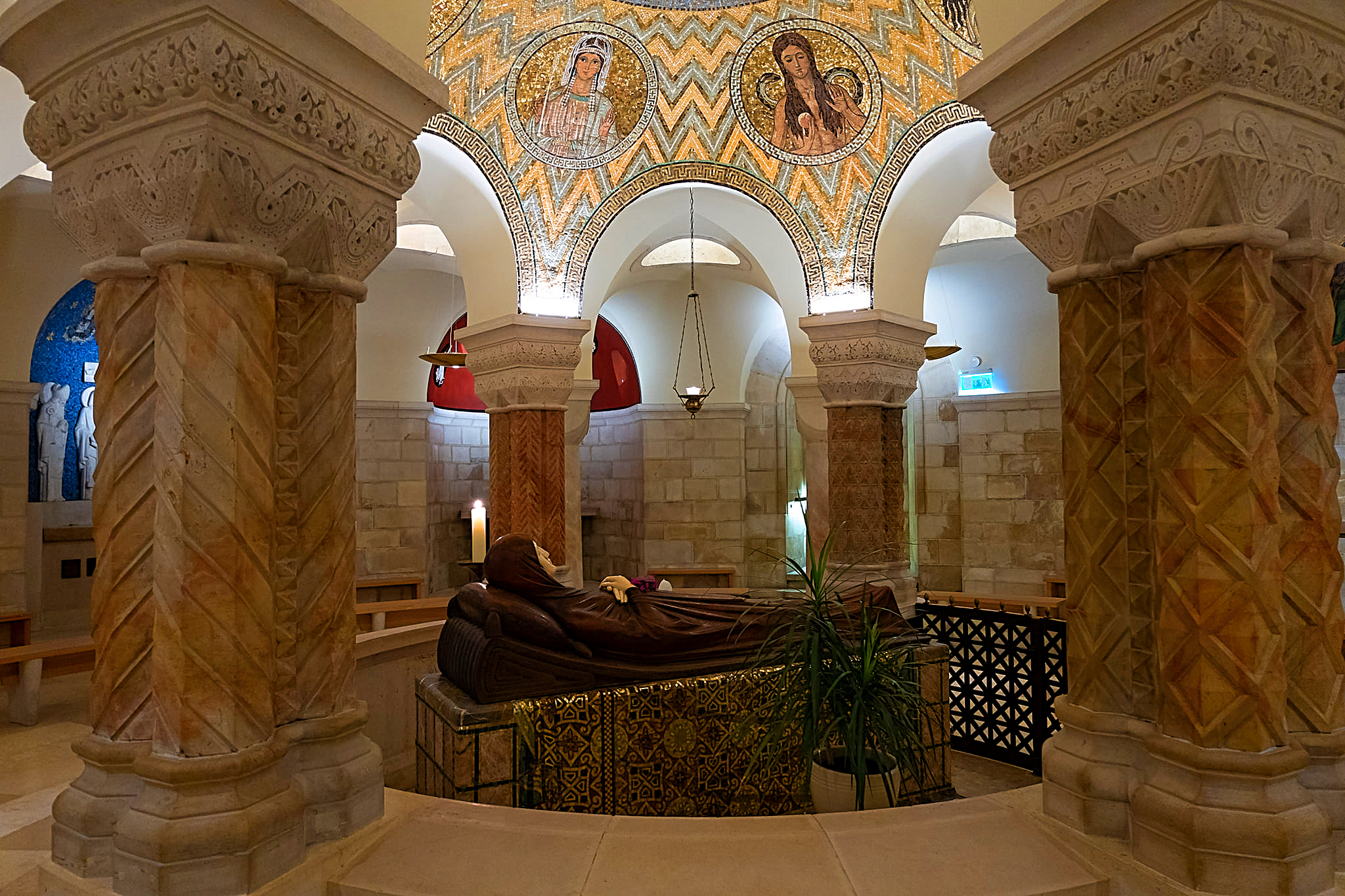