Without a doubt, the Hermon Nature Reserve is one of the most beautiful areas in Israel. The reserve covers an area in the northern Golan Heights of eastern Upper Galilee. It spreads out across the slopes of Mount Hermon, Israel’s highest peak at the meeting point of the Hula Valley and Golan. Covering almost 19,500 acres, Hermon stream Nature Reserve encompasses the Mount Hermon ski resort, Nimrod Fortress National Park, and Neve Ativ, a small mountain village. Hermon Stream is better known by locals as Banias.

The beauty of this site has attracted men for thousands of years. The spring was associated with a pre-Hellenistic deity called Ba’al-gad or Ba’al Hermon. In about the 3rd century BC, the Greeks dedicated the area to the god Pan and established a cult center and city of Paneas around the source of the spring. Pan was the god of music, sexuality, hunting, goats, and nature. Following the Greeks, the region was ruled by Rome, and King Herod had a temple erected at Banias in honor of his patron, Philip II.

Over the next 2,000 years, Banias remained inhabited as leaders came and went. During the early years of the State of Israel, the main concern about Banias was water rights. At the end of the Six-Day War of 1967, Israel occupied Banias to protect their water rights, most of the town was destroyed, and the town’s people were evacuated. In 1977 the Hermon Stream Nature Reserve was declared to protect the valuable flora and fauna in the area, archaeological remains, and the stream that supplies water to the Jordan hydrological system.

Hermon Stream: This 7.4km-long stream is accessible year-round. It is Israel’s coldest stream and the main attraction for hikers who follow trails along the length of the stream. The stream’s wide, gradually descending cascade culminates in the country’s largest waterfall.

Hermon Stream Hike Trail (the Hanging Trail): This trail is popular with hikers, and walkers. It follows the course of the Hermon Stream. The Hanging Trail stretches for 100 meters where hikers can walk along the water’s edge. The trail is built with a boardwalk and solid steel railings.

Banias Waterfall: Hermon Stream feeds Israel’s most powerful waterfall that crashes down 10 meters with incredible force into a pool surrounded by vegetation. There is an observation deck just above the waterfall where you can get great views, and get splashed with water.

Flora and Fauna: Mount Hermon is home to 23 unique species of butterflies, small reptiles, and several beautiful birds including the somber tit, northern wheatear, and the white-throated robin. You can also see the common kestrel. There are small animals such as foxes, deer, badgers, otters, rock hyrax, and wild boars.

Some of the animals are endangered such as the red Salamandra. From August you can see the mountain slopes gradually being covered by wildflowers. The nature reserve’s magical forests are populated with oak trees, Syrian ash trees, Oriental plane trees, willows, and scrub plants such as the snowdrop bush and abundant ferns.

Archaeological remains: Banias was the site of the ancient Hellenic city of Panyas, devoted to the god Pan and built as early as 200 BC. Close to the Banias Spring is the Cave of Pan, where you can see niches carved into the cliff that was once used as a shrine to the Greek God. At the base of the cave is an inscription dated to 87BC dedicated to Pan and the mountain nymph, Echo. In front of the cave are the remains of a Pan temple built by King Herod. There are also remains of the Crusader city of Banias. The remains include a Crusader gate.

Matruf Flour Mill: This water-powered mill is still used to grind flour for two local villages. There are remains of ancient mills along the stream together with archaeological remains from the Romans and Crusaders. 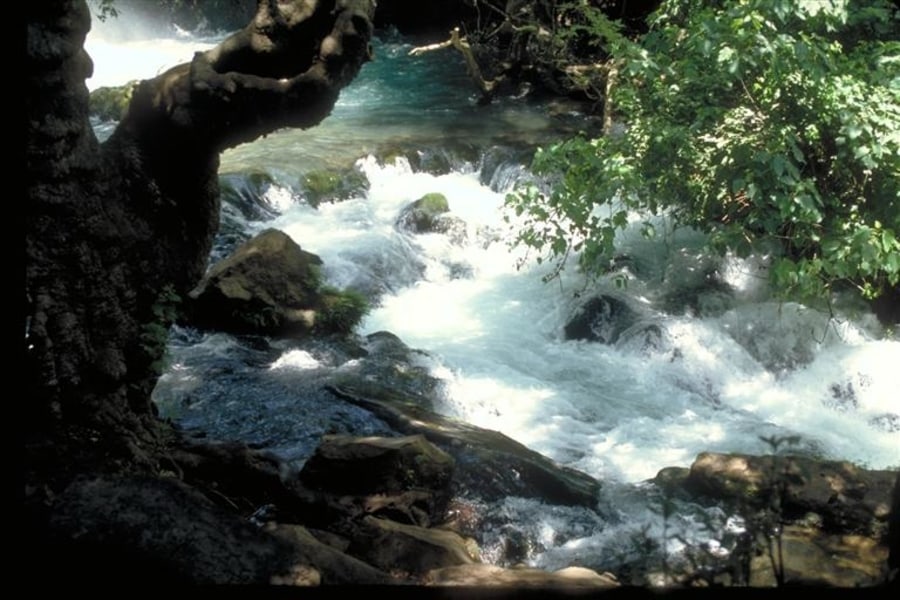