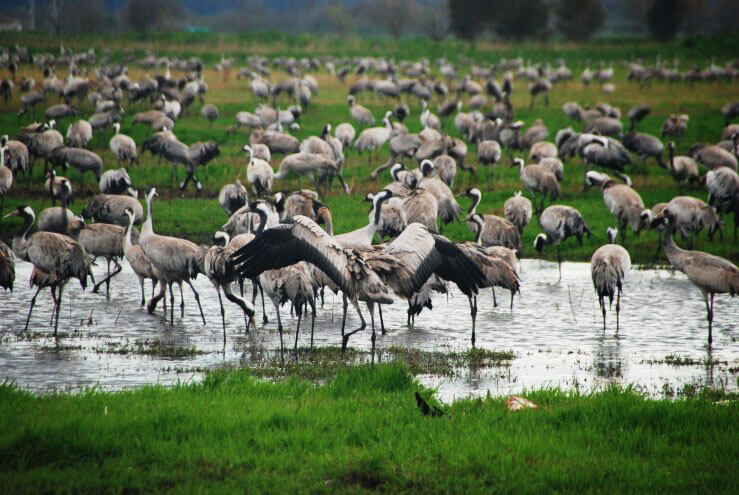 Located in the far north of Israel’s Upper Galilee, the Hula Nature Reserve is both a national park and a major wetland within the Middle East region. Home to all kinds of flora and fauna, it is an excellent place for hiking. Moreover, it is by far the best place in Israel to birdwatch, since it lies directly on the Europe-Africa migration route.

Unbelievably, up until the 1950s, the reserve was nothing more than a malarial swamp. Once drained and settled, the area was developed agriculturally but it was decided to leave the central lake as it was, and this became the Hula Valley Nature Reserve.

Within the reserve, more than 200 species of birds can be spotted, including pelicans, cormorants, egrets, storks, and cranes. The recently developed ‘Agmon ha Hula’ (a result of flooding in the area in the 1990s) means that in the spring and autumn, visitors can see thousands of birds flying overhead (Indeed, keen ornithologists have established an annual Bird Festival here).

Hula offers excellent guided tours (with detailed explanations about the birds that reside in the reserve), walking trails, observation points, and telescopes. The white-tailed eagle (which had become extinct in the wild) has been reintroduced at Hula. Moreover, the area is home to herds of water buffalo (whose grazing protects the surrounding environment) and fallow deer.  They are best viewed from a floating bridge – 600 meters long - which provides a concealed platform over the lake.

Hula also houses a garden shelter for rare plants (such as white water lilies and paper reeds) and restores other endangered species, before returning them to the wild.

At the entrance to the reserve, visitors will notice a large grove of eucalyptus trees, most of which were planted in the 1890s. By the smaller grove nearby (planted 70 years later) there is a picnicking and barbeque area. Visitors can also explore the new, state-of-the-art ‘Harper Centre’.  This hosts an interactive digital wall (with a live feed of birds in the reserve), a 3D model of the Hula Valley and virtual reality stations where you can imagine you’re a bird in the air.

Because the Hula Valley has so much water, with so many springs and large rivers, it is green year-round.  Visitors can hike and bike here and, in the summer, go kayaking on the River Jordan. HaTanur, Tel Dan and Banias reserves are also within easy driving distance. 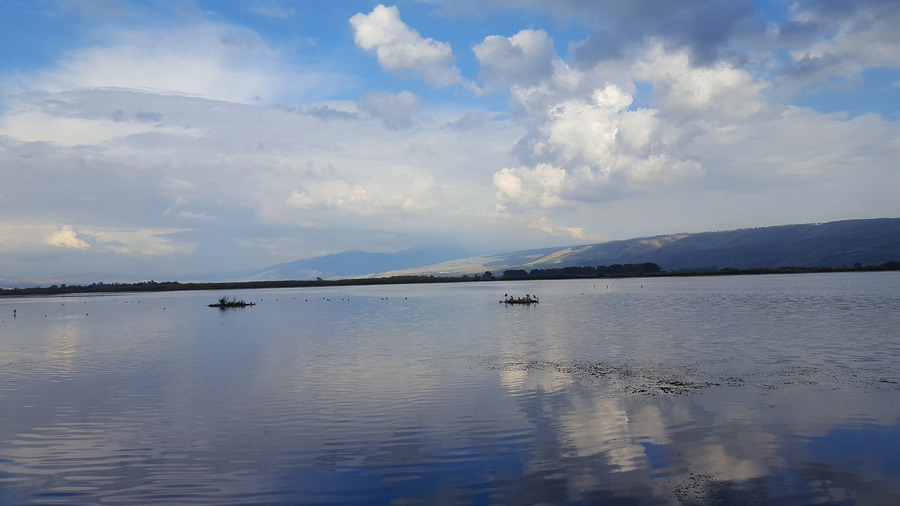