Magdala was a Biblical-era village on the western shore of the Sea of Galilee in northern Israel and an important commercial port, especially for salted fish. The name “Magdala” comes from the word “tower” in Hebrew and may refer to the structures fish were hung on to dry in the sun. Magdala features in the Bible as Magdala Nunayya or Magdala of the Fishes. It is also believed to have been the hometown of Mary Magdalene. Jesus would have preached in Magdala during his ministry when he was based nearby in Capernaum.

Archaeological excavations uncovered 2nd century BC - 3rd century AD remains of a fishing village. Excavations uncovered the Migdal Synagogue; the oldest synagogue in Galilee thought to have been constructed sometime between 50 BC and 100 AD. The synagogue featured brightly colored frescoes and mosaics which was unusual for the time. The Magdala Stone carved with the image of a seven-branched menorah was also discovered in Magdala. Today the modern city of Migdal encompasses the site of the ancient village.

6th-century texts describe Magdala as the birthplace of Mary of Magdalene and Christian records from the 8th and 10th centuries describe a church in Magdala that was also Mary’s home. It was here that Jesus exorcised Mary’s demons. The writings of Christian pilgrims in the 12th century describe a church in Magdala. The church may have been commissioned in the 4th century by Emperor Constantine’s mother, St. Helena who identified the location of a number of important Biblical sites in the Holy Land. In the 13th century, the Mamluk rulers turned the church into stables.

The four Gospels all mention a follower of Jesus called Mary of Magdalene. Her name indicates that she was from Magdala Nunayya, the 1st-century fishing village on the shore of the Sea of Galilee where Jesus landed as he: “…took ship, and came into the coasts of Magdala.” Matthew 15:39. Mary of Magdalene is a saint in the Lutheran, Orthodox, Anglican and Catholic traditions and is one of the few people who was present at Christ’s crucifixion and his resurrection. 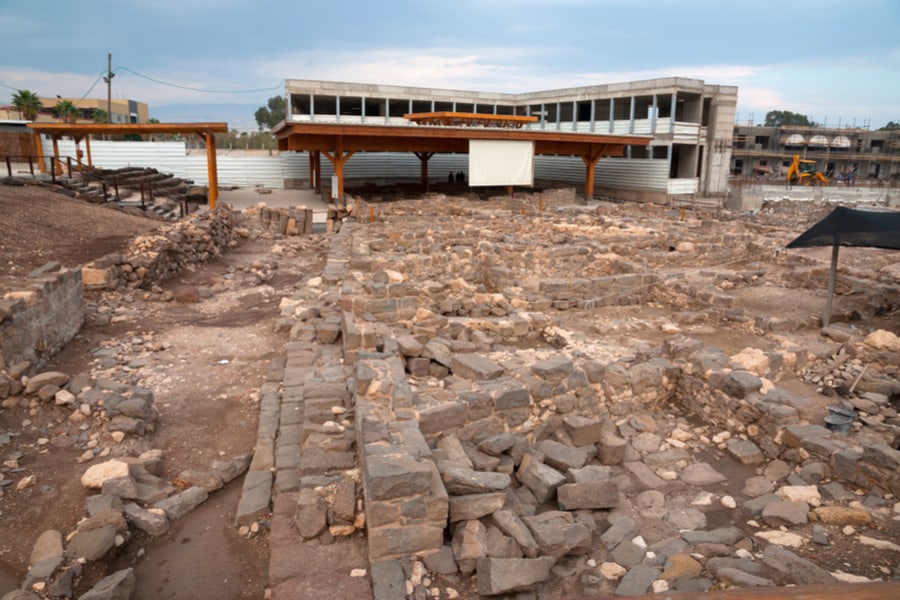