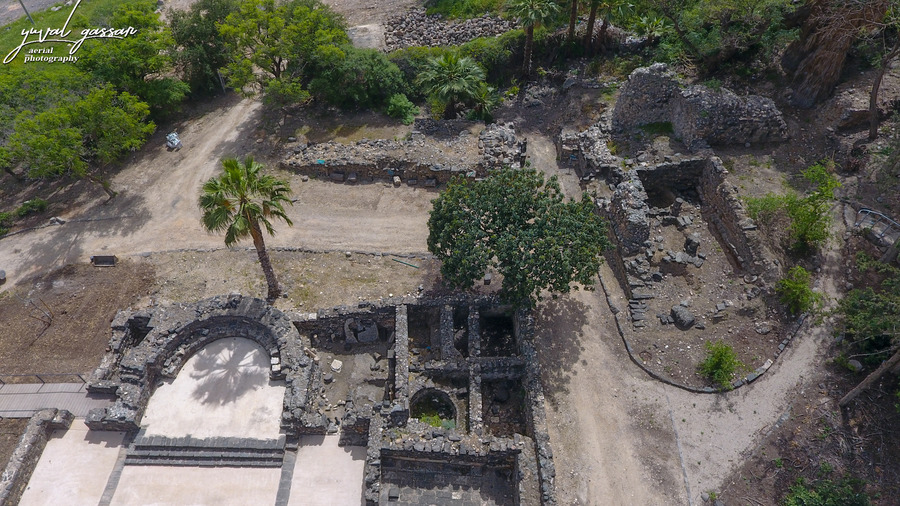 Hamat Tiberias National Park is situated on the Western side of the Sea of Galilee, (‘Kinneret’ in Hebrew), just south of Tiberias. The sea (or lake, as it is also called) lies at the heart of the Jordan Valley, north of the Mount Carmel / Mount Gilboa area. The Galilee also receives a great deal of rainfall in the winter, which means that its flora and fauna are quite diverse. With its green fields, streams and waterfalls, not to mention numerous towns and villages all mentioned in the Bible, it remains one of Israel’s top tourist attractions.

Offering views not just of the Galilee but also the Golan Heights, Hamat Tiberias is home to the remains of an ancient Jewish town, some very popular hot springs, a building which once served as a hammam (’bathhouse’ in Arabic) from the Ottoman period, and synagogues that date back to Roman, Byzantine and Umayyad eras. One of the prayer houses boasts a mosaic floor displaying a Zodiac sign.

The History of Tiberias

Hamat Tiberias may well have been where the ancient city of Hammath was once located, in the Canaanite period. Historically, and even today, Tiberias is considered to be one of Judaism’s four holy cities - along with Jerusalem, Safed and Hebron. Established around 20 CE, it was named after the Second Roman Emperor. Many non-Jews settled there during Herodian times but up until the 6th century, it remained a centre of Jewish learning. In 629, radical Christian monks slaughtered many of the Jews there and Jewish life declined.

Under the Caliphate, in 634, 70 Jewish families were allowed to return and by the 8th century, Tiberias entered its ‘Golden Age’ when the city was at its most diverse. After the Crusades, life became difficult once more for the Jews but by the 1700s, with the decree of Sultan Zahir, Jews were encouraged to rebuild their community. Rabbi Haim Shmuel HaCohen Konorti (from Spain) settled there in 1792 and was a driving force in this regard. By the time the British arrived in Palestine, there was already a Jewish majority in Tiberias.

Today the city has a population of just under 50,000, many of the inhabitants being children of Jews who fled Arab lands for Israel in the 1950s. The city is a major tourist hub, especially as so many Christian pilgrimage sites (such as Capernaum, Yardenit and Nazareth) are located close by. The lake itself is popular with Israeli tourists, especially in the summer months, and there are many activities to enjoy, including fishing, sailing and an attractive Water Park.

The entire area around Hamat is filled with mineral-rich hot springs that flow along the fault lines of the Jordan Valley and the Galilee itself.  As the water rises up from the depths of the earth, it picks up minerals along the way - sodium, bromide, potassium and sulphate - which rise to the surface. There, steam escapes through chimneys.

In Roman and Byzantine times, the springs were very popular, as the locals believed that the waters had the power to cure them of ailments. Over the centuries, the Jewish sages permitted bathing there, even on Shabbat, since they believed deeply in their medicinal properties.

Today, visitors can enjoy wading and dipping their toes in baths of all different temperatures - 30, 35 and 40 degrees...perfect for relaxing and warming up in the cooler winter months!  All you need to do is to remember to bring a towel!  Admission to the hot springs is included in the price of the ticket.

This well-preserved ancient bathhouse dates back to the 18th century. Built around 1780, the Suleiman Hamam was used by people in the locale, as well as pilgrims who flocked to the area to bathe in the hot springs and ‘be healed’.

This is the largest synagogue in the park, located in what was once the ancient town of Hamat Tverya. It was built around 230 CE but then destroyed in an earthquake. It was then rebuilt and the remains of a fabulous Zodiac mosaic are on display today. Look carefully and you will see three different elements. The first shows two lions, centred around a number of Greek inscriptions. The other side depicts a Torah Ark, with different Jewish symbols including a shofar (Ram’s Horn), lulav (one of the ‘four species’ used in the holiday of Simchat Torah) and two candelabras with seven branches each (‘Menorot’ in Hebrew).

In the middle of the mosaic, there is an ornate Zodiac, inside which there is an image of the Sun God, Helios, driving his chariot across the sky. One of the inscriptions mentions ‘Severus’ and this is why the synagogue has come to be named as such. Around the four corners, you will see four women, all of whom symbolize a different season of the year. After being destroyed once more in an earthquake in the 5tgh century, it was rebuilt and continued to be a house of prayer for another 500 to 600 years. Inside the ancient synagogue, visitors can enjoy a multimedia display in the form of a short film. Staff at Hamat Tiberias national park speak good English and, apparently, are particularly helpful.

There is no official car park, but it is possible to leave your car close to the Tomb of Rabbi Meir. 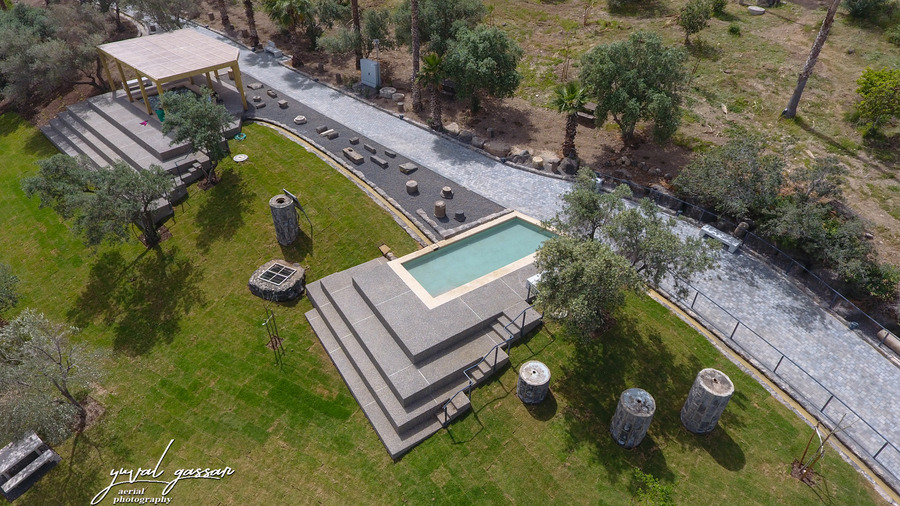