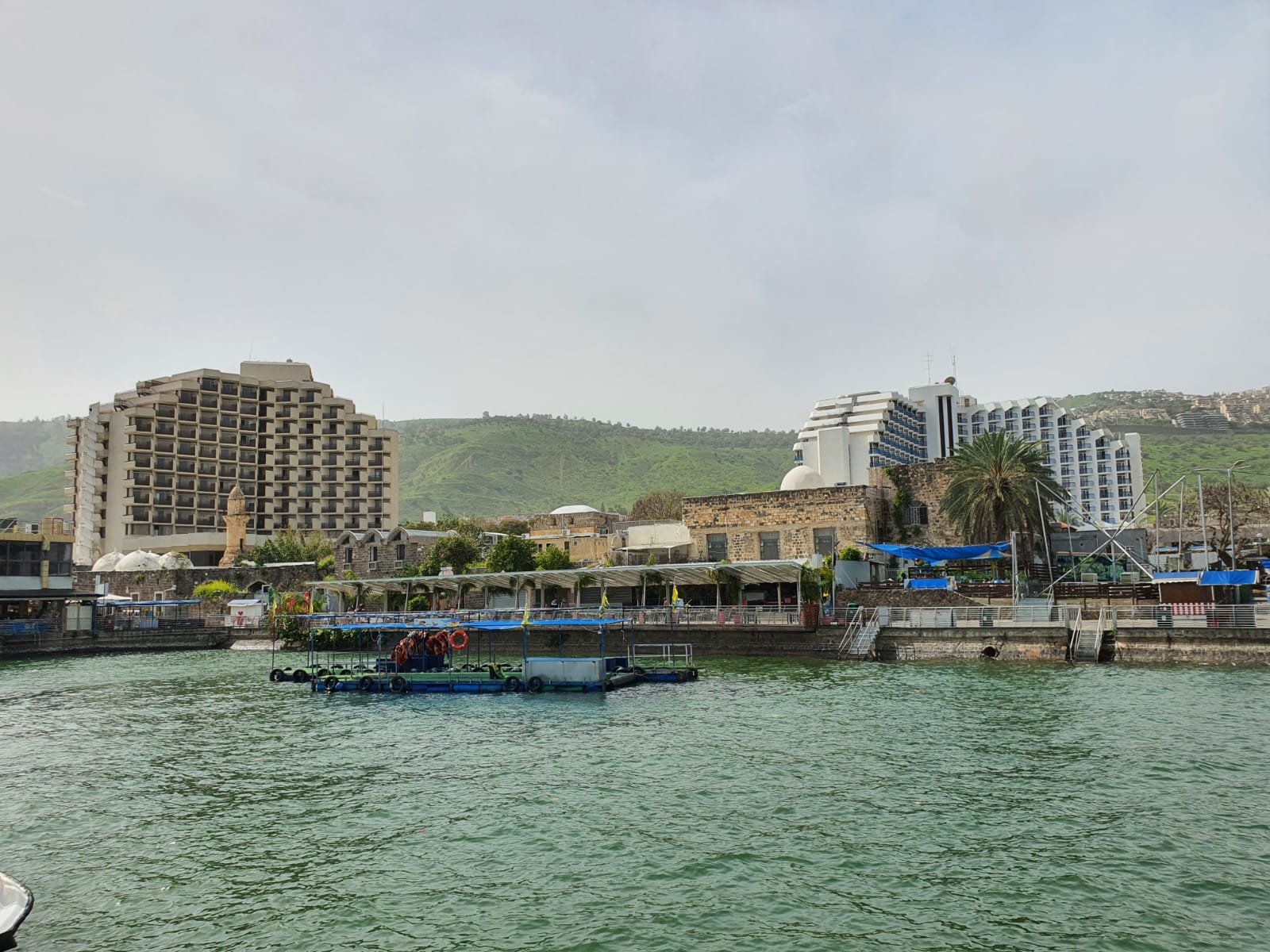 Tiberias is a city on the western shore of the Sea of Galilee in northern Israel and the capital of the Galilee region. In addition to being a vibrant beach resort city and a thriving metropolis, Tiberias has a rich history and major archaeological sites related to all three of the monotheistic religions. Many historic sites have been preserved like the ancient city walls, churches, and an Ottoman-era citadel.

The city has a lively beachfront where boat excursions set sail on the Kinneret (Sea of Galilee) and a waterside promenade lined with seafood restaurants, hotels, and a small market. To the south of the city are the hot springs of Tiberias; in the city center are the remains of the Roman city and the walled Ottoman city and to the north and built on the surrounding hills is the modern city of Tiberias.

Tiberias was founded in c.18 AD and became the Roman capital of the Galilee under Herod Antipas (mentioned in the New Testament as the Roman King who condemned John the Baptist and played a role in the condemnation of Jesus). Herod Antipas named his new city after his patron Emperor Tiberius. Herod’s city was built alongside a Roman spa that used the area’s natural mineral hot springs.

When Jerusalem was conquered in 70 AD many of the Jewish population moved to Tiberias which became the center of Jewish culture and religious study for the next 500 years. It remained an important city for Jewish study until the 16th century. Tiberias is known as one of Israel’s four holy Jewish cities. In about 150 AD the Jewish religious court, the Sanhedrin established itself in Tiberias and remained here until it was disbanded in the early Byzantine era.

Many revered rabbis lived in Tiberias in the 1-4th century including Rabbi Judah HaNasi in the 3rd century who is thought to have compiled the Mishnah while in Tiberias. Many years later when the Jewish scholar Maimonides (Rambam) died in 1204 in Egypt his body was brought to Tiberias to be entombed according to his final wishes.

Tiberias in the Bible

In Jewish tradition, Tiberias is thought to have been built on the site of a village called Rakkat, mentioned in the Book of Joshua. In John 6:23 Tiberias is mentioned as the place where boats set sail making the crossing from the west to the eastern shore. John describes how the multitude went by boat from Tiberias to Capernaum seeking Jesus. In John, the Sea of Galilee is also referred to as the Sea of Tiberias.

Things to Do in Tiberias

Hamat Tiberias National Park - Here you can enjoy hot spring pools just as the Romans did. Also on the site is a 4th-century synagogue with beautiful mosaics.

Rabbi Akiva's Tomb - This Jewish sage challenged Roman rule and supported the Bar Kochba Revolt resulting in his torture and death at the hands of the Romans. His dome-topped tomb is on the hillside overlooking Tiberias and the Sea of Galilee.

Tomb of Rambam - The Jewish sage, theologist, doctor, and philosopher Rabbi Moshe Ben Maimon (1135-1204) who compiled the Mishnah is buried here in a modest grave.

Tomb of Meir Ba’al HaNess - The tomb of this ancient Jewish sage is within a domed synagogue and surrounded by a number of other religious buildings.

Tomb of Rabbi Yohanan ben Zakkai - This 1st-century Jewish hero was influential in replacing animal sacrifice with prayer. His tomb is not far from the Rambam tomb.

Al Amari Mosque - This mosque built in 1743 is no longer in use but it stands out with its white dome, black basalt walls, and striped minaret.

Scots Hotel - In 1885 Scottish doctor David Watt Torrance opened a hospital in Tiberias which welcomed people of all races and religions. The hospital closed in 1959 and after extensive renovations was reopened as a guest house. Today it is one of the finest luxury boutique hotels in the country with a fine dining restaurant and brilliant views of the Sea of Galilee.

Crusader Church - This church has a ceiling reminiscent of an upturned boat, a shaded inner courtyard, and murals dating back to 1903. The church also has a hostel for Catholic pilgrims.

Church and Monastery of the Apostles - At the eastern end of the city, you can see a Greek Orthodox Church on the seashore. The monastery is home to a few monks who will welcome visitors on request. Within the complex, there are chapels, a walled courtyard, and an ancient tower.

Archaeological sites - In the southeastern foothills of Berniki Hill that rises up behind Tiberias, you can visit a new archaeological park where there is a Roman-era gate, bridge, and theater that could seat 7,000 spectators. Alongside the modern seafront hotels, there is an open-air museum park where you can see archaeological remains. The ancient city walls that can be seen along the water’s edge near the Greek Orthodox Church are from the 18th-century Ottoman period. Another of the surviving Ottoman-era city wall towers can be seen towards the northern end of the city.

Fun and Recreation - Tourists can enjoy excellent seafood; the beaches of Tiberias; the Gai Beach Water Park and boat excursions on the water. The waterfront is perhaps the top attraction in Tiberias. 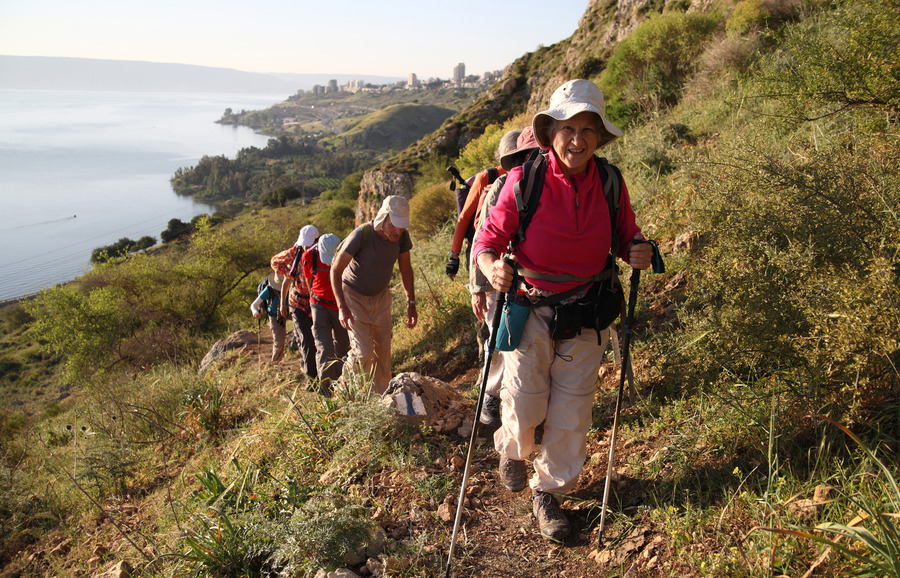