The low water level in the Sea of Galilee (actually a land-locked freshwater lake) exposed the muddy bed of the lake where the fishing boat had been lying for almost 2,000 years. Fishermen stumbled across the boat buried in the mud on the northwest shore of the Sea of Galilee just 1.5km north of Migdal, the Biblical hometown of Mary Magdalene.

The find consisted of the hull of a fishing boat measuring 8.3m long, 2.3m wide and 1.3m deep. A boat of this kind would have been able to carry up to 15 people. After careful and complicated excavation that took 11 years, the waterlogged timber was safely brought to land. The boat was carefully examined and radiocarbon dating was performed.  The experts declared the boat to be from the 1st century AD (approximately 120 BC - 40 AD). This dates the boat back to Jesus’ lifetime and the period he spent in Galilee.

Jesus and the Ancient Galilee Boat

The boat existed at a time when Jesus was living in Galilee. It was during this period that he went from village to village in Galilee preaching the word of God. The Bible tells us of many occasions when Jesus spent time with the fishermen of the Sea of Galilee. Fishing boats on the Sea of Galilee are mentioned 50 times in the Bible including an occasion when Jesus went out onto the water in one of these fishing boats. No one can prove whether or not this is the actual boat that Jesus sailed in but it was definitely a boat of the same kind that existed during the same period. 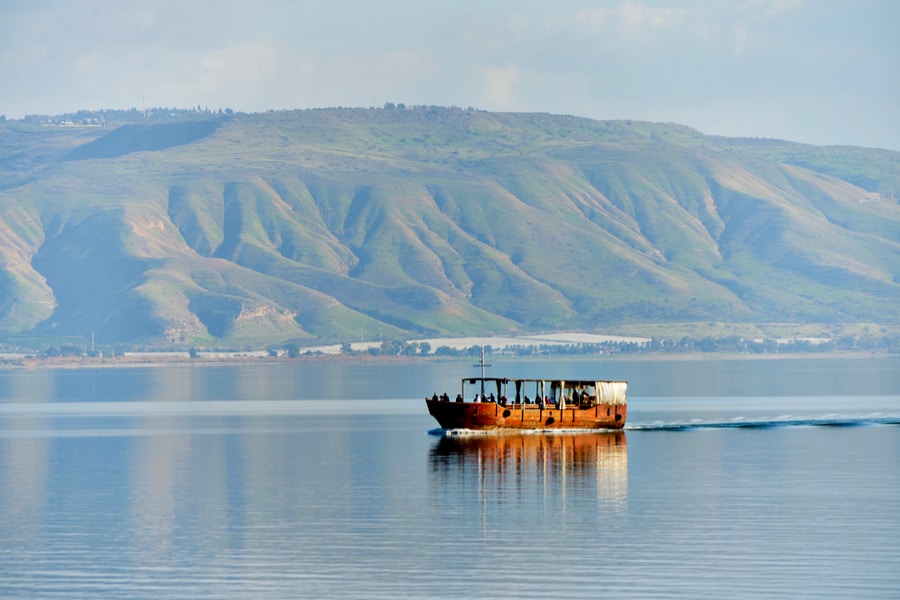