The Graves of Pious Jews in Tiberias are visited by Jews from across the country who come to pay their respects and pray. The Talmud tells us that praying at the graveside of a pious Jew increases the chance that your prayers will be answered. When praying at the graves of these great Sages and famous Rabbis your prayers are said to have more merit. Many believers have testified to miracles and abundant blessings following a visit to one of the "Kevra Tzadikim" in Tiberias.

Perhaps the most famous and popular Kivra Tzadikim in Tiberias is the tomb of Moshe ben Maimon also known as "Rambam and as Maimonides." Rambam came from Cordova, Spain, and traveled through North Africa, living and working as a doctor in Egypt where he died in 1204.

It is said that on his death bed Rambam told his sons that he wanted to be buried in Israel.  The Rambam's remains were brought to Israel by the camel and he was buried where the camel stopped. Rambam's grave is centrally located and easy to find although some of the other graves are best visited with a Jewish Israel tour package. Alongside Maimonides's grave are the tombs of Rabbi Yohanan ben Zakkai and Isaiah Horowitz (c.1555 - 1630).

One of the most important graves in Tiberias is that of Rabbi Akiva (50 - 135 AD). This famous tzadik was a leading scholar and a contributor to the Mishnah and Midrash HaLacha. He is even called the Chief of the Sages in the Talmud. Rabbi Akiva is said to have taken part in the Bar Kokhba Revolt against the Romans (Third Roman-Jewish War) which resulted in his execution. Today his tomb is a popular pilgrimage site especially on the eve of Yom Kippur. The Tomb of Rabbi Akiva is located at the western entrance to Tiberias.

At the Mothers' Tombs are the graves of Zilpah and Bilha, mothers to four sons fathered by Jacob; Yocheved, daughter of Elisheva and Levi as well as Zipora, Moses' wife. These righteous women are buried in the Kiriat Shuel neighborhood of Tiberias. These tombs are particularly popular with women praying for fertility. 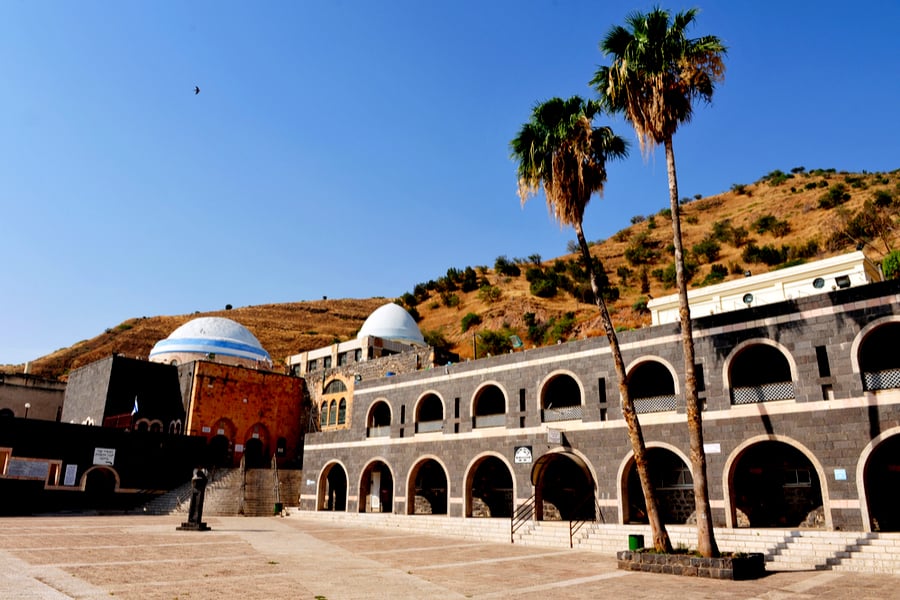